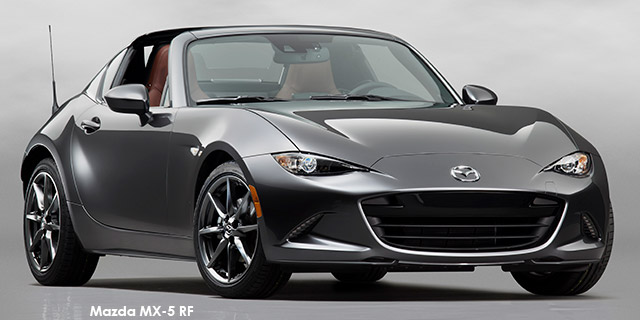 Is the Japanese roadster worth German hot-hatch money?

If we look back at the success stories of the motoring world, particularly in the sports car segment, its not long before the name ‘MX-5’ comes to mind. Since the production of the first Mazda MX-5 30 years ago, over a million units have been sold. The MX-5 is now in its fourth generation, and we took it for a drive to see if it was worth its price tag.

The design of the newest model, the Mazda MX-5 RF, stays true to its predecessors. The shape is immediately recognisable, yet there are subtle touches all around the car that guide its design into the 21st century. The head and tail lights are slim, hinting at the sporty genetics that underpin the roadster. The ‘RF’ in the name stands for ‘Retractable Fastback’, referring to the newly shaped roof which replaces the classic surfboard convertible look with a more sloped Targa-like roof. A set of dark grey alloy wheels and a twin-exhaust on the right side pull the exterior together, adding sporty touches without being too loud about it.

The interior of the Mazda MX-5 RF feels really premium. There are only two seats and they’re covered in fine leather, along with the dashboard and the doors, which also feature a funky gloss white insert. The analogue instrument cluster is clean and easy to read which is refreshing in this age of digital dashes. There’s also a central touch display to accommodate the infotainment system, controlled by a central dial just below the gear shifter. The contrasting red stitching around the interior reiterates the MX-5’s dedication to being a sporty roadster.

A 2.0-litre, 4-cylinder, naturally aspirated petrol motor is found at the heart of the MX-5. It produces 118kW of power and 200Nm of torque, fed straight to the rear wheels via a 6-speed automatic gearbox. The engine feels very comfortable at high-revs, rewarding the driver with a throaty exhaust tone. The result is a 0-100km/h time of 8.6-seconds, and while this may not look blisteringly quick on paper, when you have the roof down it feels like you're going four times as fast. The steering of the RF has a really nice weight to it. It's light enough to manoeuvre city traffic and heavy enough to keep you entertained through the bends. If you pair the lightweight body of the MX-5 with its all-star handling, you start to see why it became a cult-car in the first place.

There were a few things that bothered me about the MX-5, like how cramped it feels inside. There is a rather inconveniently placed cupholder that protrudes from the centre console, stealing a lot of space from the passenger. The drivers seat is a bit more spacious, aside from the fact that the steering can only be adjusted up or down, and not in and out which may be a problem for taller drivers. Aside from those annoyances its a decent space to be in. I like how well-built the interior feels.

This brings us to the burning question: Is the Mazda MX-5 RF worth its price tag of R538 200? Well, not exactly. Its not difficult to pick up a German hot-hatch for a few thousand rands more. It’ll have more power, more bells and whistles and is probably more practical. The MX-5 is a car you buy because its an MX-5. It’s not practical, it’s not the most comfortable and its not the most powerful, but it is a lot of fun and is probably the most fun you’ll have below the national speed limit.

Buy a new or used Mazda MX-5 at a great price.
We put you back in control, make a single request and get up to 3 quotes from dealers nationally.
Get Quotes

Final drive in the Mazda MX-5RF 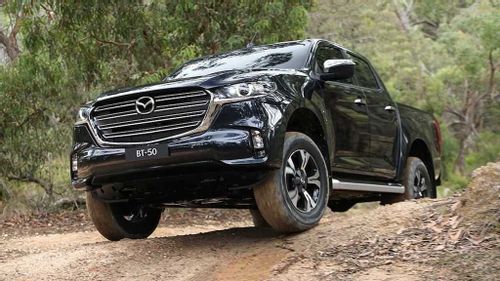