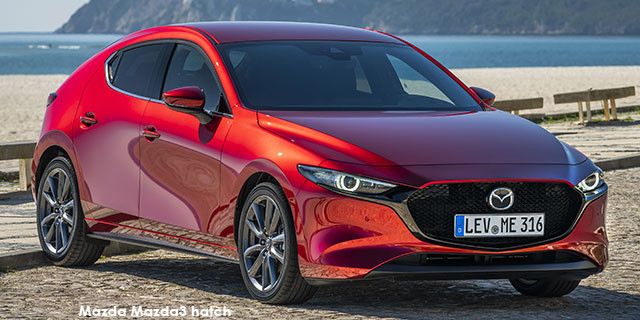 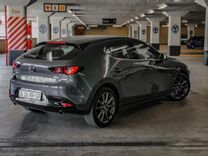 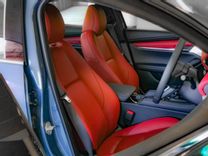 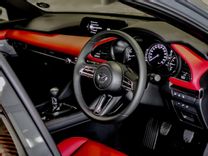 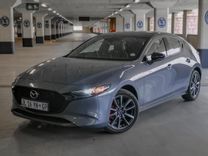 Mazda has dramatically increased its share within the South African market since gaining its independence from Ford. The introduction of models such as the CX-3, CX-5, and the recently updated Mazda2 has been the driving force for this growth.

The new Mazda3, an often-underrated product locally, arrived last year and we recently had a go in one ahead of the brand’s launch of the new CX-30, which should slot in between the aforementioned CX-3 and CX-5.

We adore the way that Mazda has designed and built its latest 3. The new model is built on a new platform, which urged the brand to revolutionise the design. From an exterior perspective, the lack of sharp, angular surfaces and the emphasis on a more rounded, smooth aesthetic produces an entirely unique exterior design.

Inside is similarly appealing, with beautiful material quality, an infotainment system which still features a toggle switch for functionality, minimalist design elements as seen in the air vents, beautifully integrated Bose speakers for the audio system and the general impression that you’re in something small from a premium brand such a Volvo, which is a very good thing indeed.

Mazda has been somewhat of a dark horse within the global automotive scene in recent years. Most manufacturers are dumping resources into electric cars while Mazda has continued to develop its internal combustion engines while simultaneously developing an all-electric car of its own. The question is why Mazda has chosen this path?

One answer is that the former purveyor of the Wankel Rotary likes to differentiate itself from everyone else and in doing so, creates products entirely different from the rest, which in an electric future where differentiation may become difficult could be an advantage.

The more likely answer though is that they've done the math, and realized that in the next decade, electric cars will still not offer the sort pf planet-saving emissions that we all think. If the brand's European press release is to be believed, the average electric car is still 'emitting' 128 g/km of CO2, all factors considered. This makes our best-selling passenger car, the Volkswagen Polo Vivo similar to an EV in terms of emissions for the first few years of its lifecycle.

Efficient internal combustion engines may, in the short term at least, be ever so slightly better than an electric car for environmentalists, so what has Mazda done to improve their engines?

The disappointing truth is that its most impressive engine is not available locally. You see, Mazda has a technology called Skyactiv, which is a basic design principle encouraging efficiency. In terms of its internal combustion engines, the order of the day is high compression ratios in the case of the Skyactiv-G engines, which we get in local products. The 1.5-litre engine and our press car, as well as its six-speed manual gearbox, have been optimised for efficiency, with modest output figures of 88 kW and 152 Nm while using a claimed 6.0-litres/100km and belching out 140 g/km of CO2.

The rear party piece from the brand is the Skyactiv-X engine, which utilises a combination of spark and compression ignition called Spark-Controlled Compression Ignition (SPCCI), Essentially this works by using spark plugs to initiate and control the start-up of the combustion process and then using compression ignition afterwards, acting like a diesel engine and allowing for an incredibly high compression ratio and therefore allowing for it to run lean, using less fuel.

Despite its lack of the brand’s latest engine technology, the ‘regular’ 1.5-litre mated to a six-speed manual will likely provide over a decade of reliable service. Its turbocharged rivals will out-perform the Mazda in acceleration, in-gear performance and fuel consumption too though. Once on the go, the latest 3 is a beautifully refined and quiet product in which to conduct your daily commute, extended trips and everything in-between. We would opt for the automatic variant though, and perhaps the 2.0-litre engine option which will suit the premium nature of the package better.

If you are happy with not waiting for the Volkswagen Golf 8 to hit local shores, we feel as though Mazda offers a wonderful alternative to the impressive Toyota Corolla Hatchback within this segment. Just be wary, it is rather pricey and the 1.5-litre engine may feel asthmatic at altitude.

Buy a new or used Mazda Mazda3 at a great price.
We put you back in control, make a single request and get up to 3 quotes from dealers nationally.
Get Quotes