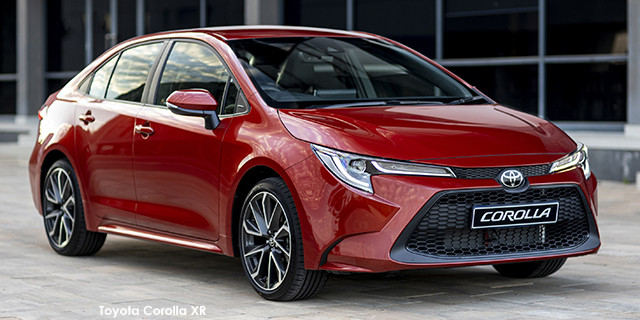 The Toyota Corolla is undeniably one of South Africa’s most legendary cars. Its heritage traces back to 1966 and has gone on to sell millions. The model has deep roots in Mzansi but this latest model, the 12th generation, is very different compared to its predecessors. Where Corolla’s of the past would be described as affordable, budget sedans, this new Corolla introduces a new narrative of a premium, luxurious sedan.

Let’s start with the price. The new Corolla starts at R380,200 for the entry-level 1.8-litre XS model all the way up to R433,700 for the top-of-the-range 2.0-litre XR CVT model. Now, most people would be outraged by this, waving their fists in the air and screaming something like “A Corolla should cost R400,000!!!”, but honestly in a world where German hatchbacks costs a million-Rand, the Corolla certainly justifies its price tag.

Firstly, the new Corolla Sedan isn’t intended to be the budget Corolla. That’s where the Corolla Quest comes in. This Corolla is the more luxurious, premium equivalent and you can really see that on the extensive list of standard equipment. Climate control with Eco mode, a reverse camera, power seat adjustment, one-touch functionality for the electric windows, keyless entry, tilt & telescopic steering adjustment, steering switches and cruise control all feature on the spec’ list. XR models feature an auto-dimming rear view mirror too.

The design of the Corolla Sedan has also headed in a new, upmarket direction. The front bumper employs a large trapezoidal lower grille, with black-moulded border and large mesh pattern. The arrow-shaped LED headlamps, with integrated daytime-running lights, flow towards the centrally-mounted Toyota emblem, surrounded by a slim-line upper grille element – enhancing visual aggressiveness. The rear also gets a set of fresh LED taillights and a redesigned bumper.