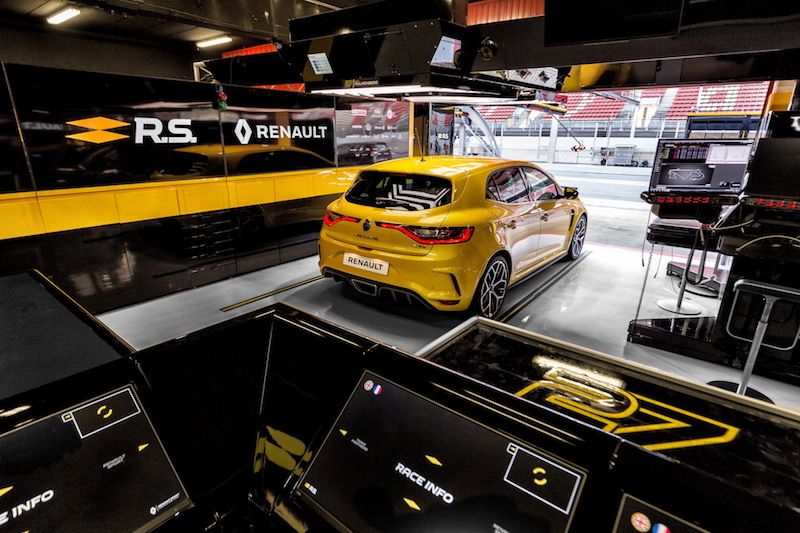 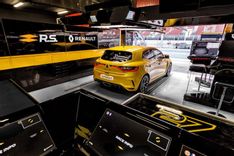 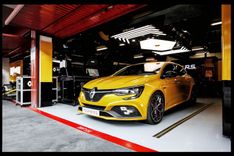 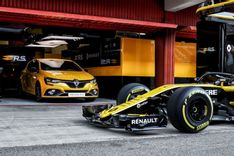 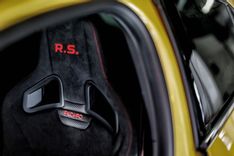 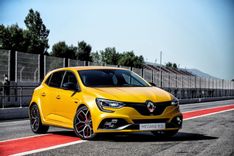 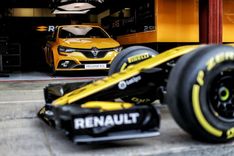 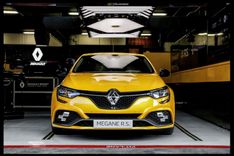 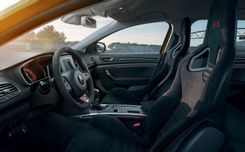 Renault Sport is very serious about taking back their Nürburgring record from the Honda Civic Type R, and have turned up the wick by unveiling their most powerful Megane RS ever - this is the new Renault Megane RS Trophy.

The Trophy RS is the most driver-focused Megane on offer, and aside from its Cup chassis, it gets stronger Brembo brakes, which are lighter and reduce unsprung weight by 1.8kg at each corner; a Torsen mechanical LSD, new 19-inch wheels and a stiffer suspension. But the big talking point is that its 1.8-litre turbo motor – which it shares with the Alpine sports car - has been bumped from 206kw to 221kw, while when fitted with a 6-speed manual, torque reaches 400nm, and 420nm when paired with the optional DCT. By comparison, the Civic Type-R – in Euro spec – produces 235kw and 400nm.

Renault has extra found horsepower, by incorporating F1 technology into the design of the turbocharger. The turbo’s turbine, which rotates at almost 200,000rpm, is now mounted on a ceramic ball bearing, saving weight and reducing friction by a third. This responsiveness is maximised when the new exhaust system bypasses a silencer with a mechanical valve. These two key improvements conspire to give the front-wheel drive Trophy a 0-100kph sprint time of 5.7 seconds. Top speed for the manual variant is rated at 260kph which is 5kph more than the standard Megane RS.

Riding on the Cup chassis, the ‘Liquid Yellow’-coloured Trophy gets an even firmer track-tuned suspension setup to further improve handling around the corners – to the tune of 25% firmer shock absorbers, 30% tighter springs and 10% stiffer anti-roll bars. The car has been extensively tested at the Nurburgring, and as mentioned earlier, has been fitted with a Torsen mechanical limited-slip differential to further aid traction.

Like the RS280, the Trophy comes with Renault’s 4Control four-wheel steering system, for improved grip, but now gains a Trophy-striped F1-inspired front spoiler and unique 19-inch ‘Jerez’ wheels wrapped in high performance Bridgestone S001 rubber. However, next year, Renault will offer an even lighter ‘Fuji Light’ 19-inch wheel that’s said to reduce weight by 2kg per wheel. And that optional wheel will be fitted with Bridgestone S007 tyres. Inside it gets an Alcantara-wrapped sports steering and optional Alcantara upholstered Recaro sport seats that sit 20 mm-lower, ensuring you are always in the perfect driving position.

For the development of the new Renault Megane RS Trophy, the French automaker worked together with Renault Sport Formula One Team driver and ambassador, Nico Hülkenberg. And with that, fine-tuning on the Trophy is still likely to continue, so expect Renault Sport to release a Nürburgring time in the coming months.