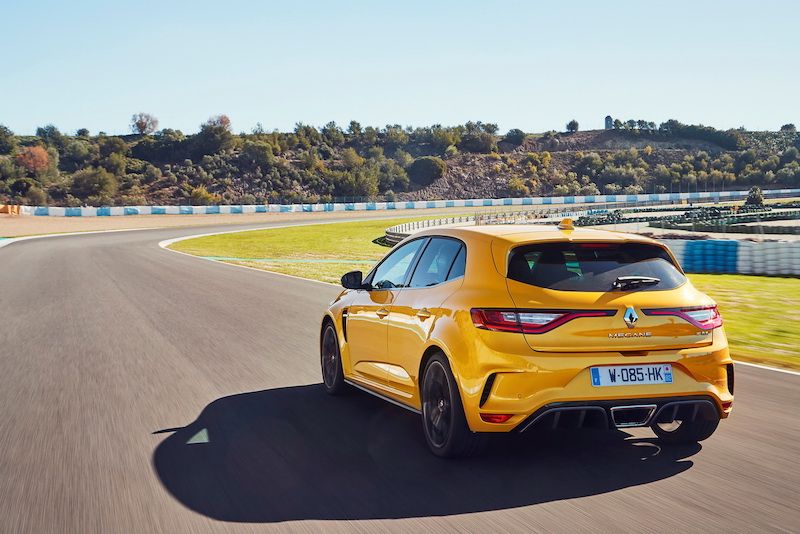 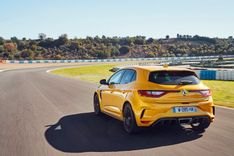 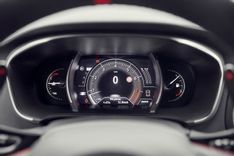 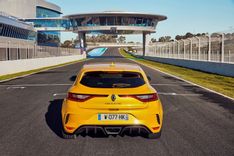 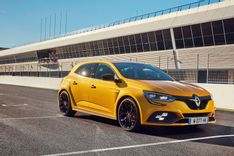 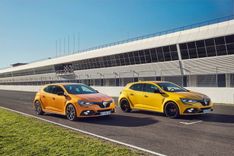 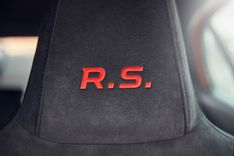 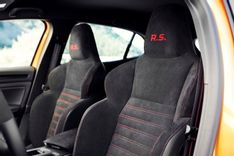 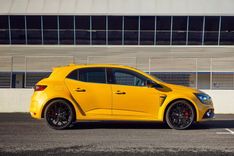 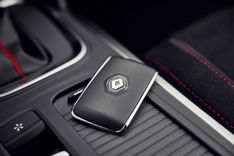 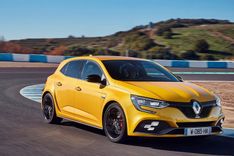 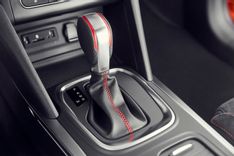 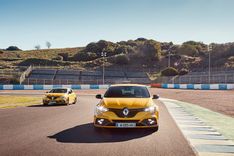 Developing 205kw of power at 6000rpm and 390nm of torque between 2400 and 5000rpm, the new direct-injection motor out powers its larger F4RT 2.0-litre predecessor, which in the range-topping RS275 Cup form produced 201kw at 5500rpm and 360nm at 3000rpm. Renault Sport attribute the bump in power over the A110 due to extensive reworking on the cylinder head, air intake and exhaust, and a faster acting twin scroll turbocharger.

Renault has promised that the new Megane RS will stay true to its roots of being a drivers' car. This is evident by the fact that it features a six-speed manual transmission as standard, with Renault's trademark EDC 6-speed dual-clutch automatic transmission being offered for the very first time in a Megane RS.

With the EDC, gears are operated in "manual" mode either by the conventional shifter, or via paddle mounted shifters on the steering wheel - just like in the Clio RS. And just like in the Clio RS, the Megane RS now gets a launch control function for lightning quick getaways, as well as the new 'Multi-Change Down' technology, for fast sequential down-changing that allows drivers to downshift several gears in quick succession, under braking. With launch control activated, the new Megane RS is expected to be quicker than the RS275's 0-100kph sprint effort of 6 seconds.

Renault's 4Control Four-wheel steering system - a first in this segment - is inherited from the Megane GT, which is said to make the car even more nimble through tight turns and more stable when cornering at higher speeds. The system operates by turning the rear wheels in the opposite direction to the fronts and lower speeds to increase agility, before pointing the same way as the fronts to boost high-speed agility and stability. There are two chassis options as well - Sport or Cup - depending on your driving requirements.

Compared to the regular Megane models, the new five-door RS really stands out through its specific proportions. In addition to the bespoke lines of its flanks, including a wider track which have been extended by 60mm and 45mm at the front and rear respectively compared with Megane GT. Meanwhile, its overall width has also been increased and new 18 and 19" wheels have been designed to provide a better stance and further enhance cornering performance.

Another area of the car that’s benefited from a thorough overhaul is the RS Monitor, which allows drivers to access data from their driving. As with the Clio you can see real-time performance data on the large 8.7" infotainment screen, but the sporty Megane takes the system up a notch with a number of new features. There's social media integration via the RS Replay function, which allows drivers to share their video and data on social media with other RS owners, as well as offering the driver the option to hookup a dashcam or smartphone to the RS Monitor and film exuberant driving spells, which he/she can download and view later.

Renault Sport is planning to introduce a more powerful Megane RS Trophy version by the end of 2018. This is expected to be powered by a 225kw / 400nm version of the 1.8-litre motor and feature an even more focused driving experience. The car goes on sale in Europe in early 2018, with it expected to reach South Africa, and other right-hand drive markets shortly thereafter.