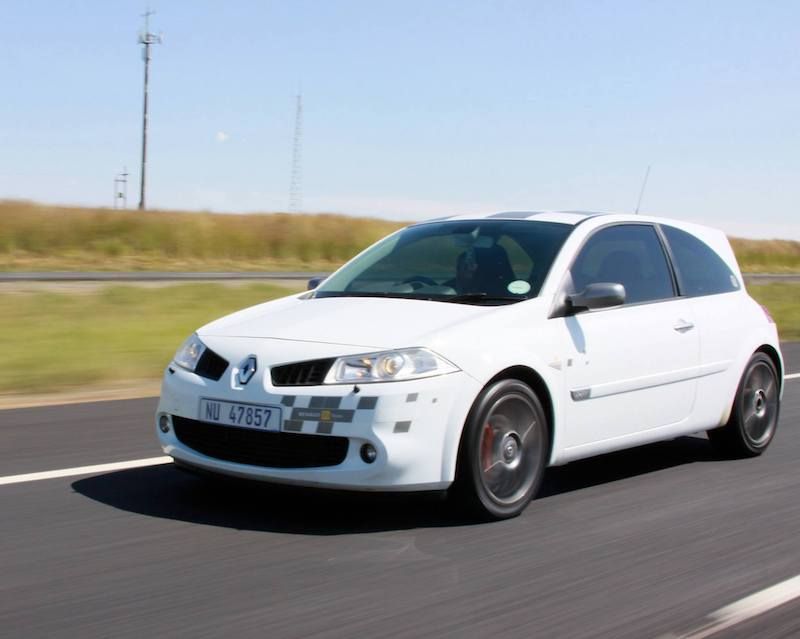 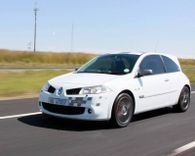 No-one does hot hatches quite like Renault Sport. The Clio Sport raised the bar for hot hatches at the turn of the millennium, and Renault followed this up with the fiery Megane Sport in 2004.

For its time, it trounced its competitors in the power stakes, boasting 165kw from its turbocharged 2.0-litre mill. Being front-wheel drive, and despite being a very capable car, the high-powered Megane did suffer from torque steer. Renault Sport engineers put on their thinking caps and went about refining the handling of the Megane even further.

With rivals now deeply engrossed in a power war with Renault, the French-automaker launched the R25 F1 Edition, and then the brilliant R26 F1 - which commemorated Renault’s back-to-back F1 World titles with Fernando Alonso.

Its full name was the Renaultsport Megane 230 F1 Team R26 “Limited Edition”, and it was immediately recognizable by its unique checkered flag decals on the bumpers, doors and roof, and red Brembo 4-piston brake calipers peeking out from behind the Michelin-shod gunmetal 18-inch alloy wheels, that were wider and 1.5kg lighter than the wheels on the regular Megane Sport.

While, the exterior was very in-your-face, the interior was very much all standard Megane bar for the red stitching on the leather-wrapped steering wheel, race pedals, a numbered plaque, and some super comfy Recaro Sport Topline seats. Hand-built at Renault’s Dieppe facility, the R26 was powered by an evolution of the Megane’s 2.0-litre turbo motor that was tuned to produce 169kw and 310nm (up from 165kw in the R25 F1), whilst mated to a 6-speed manual transmission.

The extra grunt coming courtesy of a modified exhaust system and an ECU remap. However, what really set it apart was its trick chassis. The R26 used a race-honed “Cup” chassis that employed specific dampers, front springs that had been stiffened by 10 percent, and rear dampers with increased travel that improved handling on poor surfaces. Stiffer anti-roll characteristics enhanced cornering along with a larger front anti-roll bar and new rear axle with an additional anti-roll bar.

Its party trick though, was a special GKN Driveline-sourced limited-slip differential. This ensured at least a third of the available torque was sent to the front-wheel with the least traction during hard driving. What many didn’t know is that the R26 was equipped with a special “Power Start” ‘launch control’ system. With everything hooked up, it would run from 0-100kph in a Golf GTI-beating 6.5 seconds, and onto a claimed top speed of 237kph.

As you can imagine, handling was its forte – specifically it’s turn-in ability. You could simply flick it into a corner, the front end grips, and there was virtually no body roll as you could power on through without any wheel scrabble either. Very few cars – even today – could match the R26’s neutral body control.

In South Africa, the final batch of the R26 SE (Special Edition) models were limited to just 26 units making them extremely rare. These sported gloss black side mirrors and wheels, leather upholstery and a centre armrest, amongst other subtle differences. The last hoorah for the Megane II range, was the R26.R (didn't come to SA) which was the ultimate track focused machine, and this car held the front-wheel drive Nurburgring lap record for some years, until beaten by the Megane RS 265 Trophy in 2011.