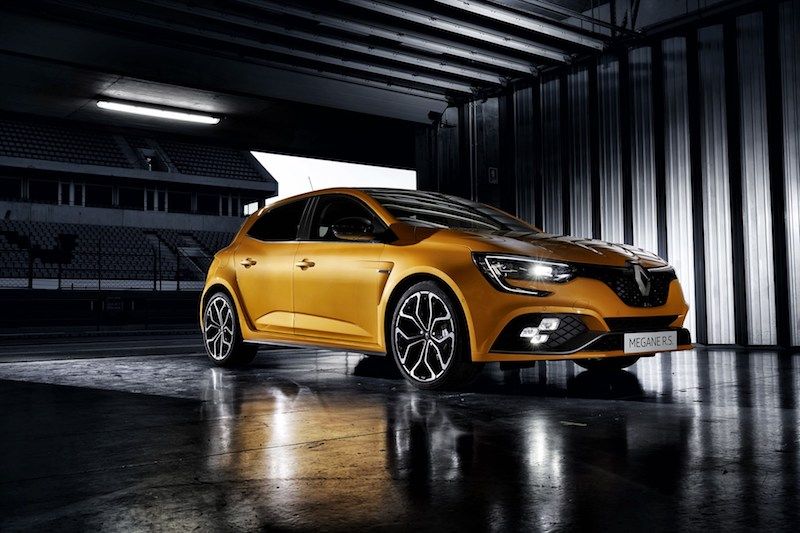 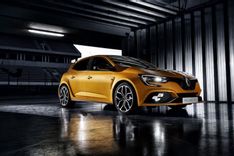 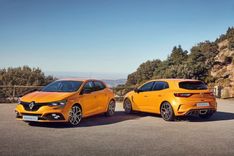 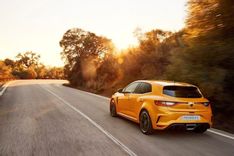 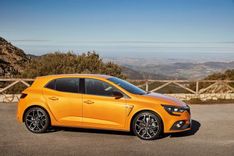 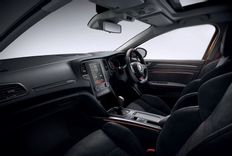 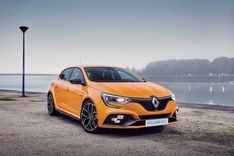 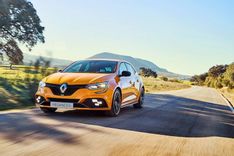 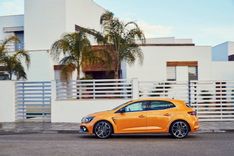 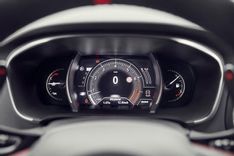 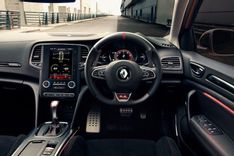 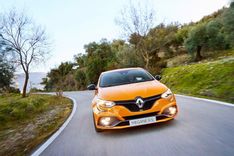 This is it. The all-new Renault Megane RS has landed in South Africa, and it’s arrived to show the Golf GTI who’s the boss in the hot hatch class.

The new Megane RS bins the 2.0-litre turbocharged motor of its predecessor in favour of a new 1.8-litre turbocharged four cylinder motor – that it shares with the Alpine A110 Sports car. Developing 205kw of power at 6000rpm and 390nm of torque between 2400 and 5000rpm, the new direct-injection motor out powers its larger F4RT 2.0-litre predecessor, which in the range-topping RS275 Cup form produced 201kw at 5500rpm and 360nm at 3000rpm. Renault Sport attribute the bump in power over the 185kw A110 due to extensive reworking on the cylinder head, air intake and exhaust, and a faster acting twin scroll turbocharger.

With the EDC, gears are operated in "manual" mode either by the conventional shifter, or via paddle mounted shifters on the steering wheel - just like in the Clio RS. And just like in the Clio RS, the Megane RS now gets a launch control function for lightning quick getaways, as well as the new 'Multi-Change Down' technology, for fast sequential down-changing that allows drivers to downshift several gears in quick succession, under braking. With launch control activated, the new Megane RS runs the 0-100kph sprint in just 5.8 seconds – slightly quicker than the RS275's effort of 6 seconds.

The Megane RS gains Renault's 4Control Four-wheel steering system as standard - a first in this segment. The system, inherited from the Megane GT, makes the car even more nimble through tight turns and more stable when cornering at higher speeds. The system operates by turning the rear wheels in the opposite direction to the fronts and lower speeds to increase agility, before pointing the same way as the fronts to boost high-speed agility and stability. There are two chassis options as well - Sport or Cup - depending on your driving requirements.

A new body colour has joined the Megane RS family – Tonic Orange. Like Renault Sport’s iconic Liquid Yellow, the new finish benefits from special work to combine a unique sheen with a special effect as light reflects off the body.

Compared to the regular Megane models, the new five-door RS really stands out through its specific proportions. In addition to the bespoke lines of its flanks, including a wider track which have been extended by 60mm and 45mm at the front and rear respectively compared with Megane GT. Meanwhile, its overall width has also been increased and new 18” (Lux) and 19" (Cup) wheels have been designed to provide a better stance and further enhance cornering performance.

Its profile is dominated by the extractor vents, added to the front fenders, while the rear end is highlighted by a chunky bumper featuring the model's signature trapezoidal central exhaust tailpipe within a diffuser - much like the RS275. At the front-end, chequered-flag-style LED daytime running lights – as seen on the racy Clio RS.18 and RS.16 Concept car – complement the F1-style aerodynamic blade running across bumper’s width.

The interior is also a far more comfortable place than before, with generous touches of Alcantara as well as faux carbon-fibre for added effect. Red stitching also adds to the quality feel of the cabin. The center console is dominated by the large 8" R-Link 2 touchscreen we have seen in the lesser Megane models. Five driving modes (Comfort, Normal, Sport, Race and Perso) accessed via the Megane’s digital display tailor the car’s steering, throttle and transmission setup accordingly. While the RS Drive button provides a shortcut to Sport and Race modes.

Another area of the car that’s benefited from a thorough overhaul is the RS Monitor, which allows drivers to access data from their driving. As with the Clio you can see real-time performance data on the large 8.7" infotainment screen, but the sporty Megane takes the system up a notch with a number of new features. There's social media integration via the RS Replay function, which allows drivers to share their video and data on social media with other RS owners, as well as offering the driver the option to hookup a dashcam or smartphone to the RS Monitor and film exuberant driving spells, which he/she can download and view later.

Specification is high on the new Megane RS, with the only options available being an RS specific metallic paint costing R10088, leather seats at R10088, and optional 19-inch wheels for the Lux model, which would add R8070 to the price. Interestingly, both the RS280 Lux and the RS280 Cup are priced at R549 900. And as with all Renault’s it comes standard with a 5-year/150 000km mechanical warranty and a 3-year/45 000km service plan.

Renault Sport are also planning to introduce a more powerful Megane RS Trophy version locally, but this will only come at a later stage. This will be powered by a 221kw / 400nm version of the 1.8-litre motor and feature an even more focused driving experience. The Trophy is also expected to challenge the Honda Civic Type R's Nürburgring lap record for FWD production cars.