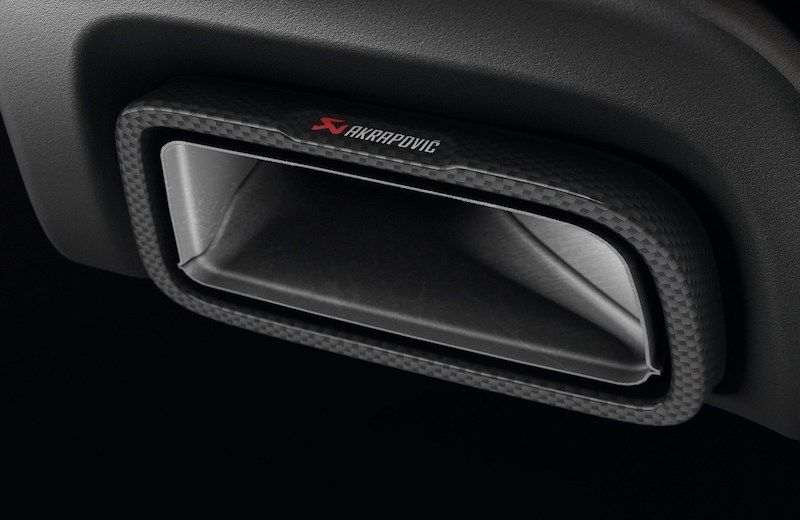 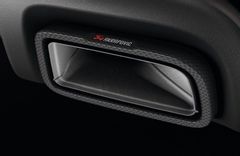 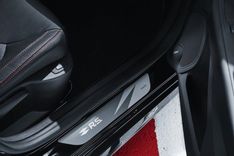 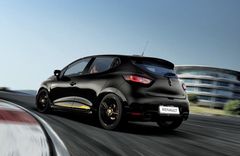 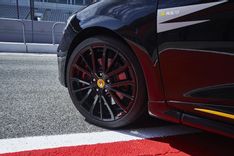 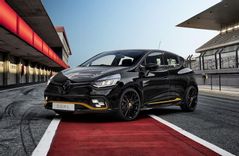 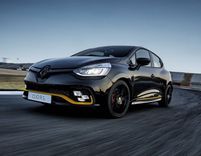 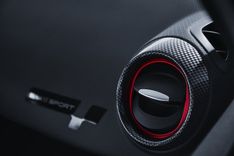 Renault is one of those automakers that really capitalize on their involvement in Formula 1.

Since then, despite Renault Sport achieving immense success with Red Bull Racing – and releasing some very exclusive Red Bull-livered Clio RS and Megane RS models – their main focus has been directed at obliterating the competition at the Nurburgring, which they achieved with the previous generation Megane RS 275 Trophy-R, before being pipped by the significantly more powerful Volkswagen Golf GTI Clubsport S.

However, 2017 marked a massive milestone for Renault. They celebrated 40 years of competing in Formula 1. And while 2017 wasn’t exactly a championship winning year, the engine supplier did manage to bag three very important wins. And in true Renault Sport fashion, they have decided to commemorate that 40th anniversary with a very special – very exclusive Clio RS model.

It’s called the Renault Clio RS18 F1 and it is now available in South Africa. Based on the already epic Clio Trophy 220 EDC, and named after Renault's 2018 F1 challenger, the hot hatch makes do with the same Akrapovic-equipped 1.6-litre turbocharged motor as the Trophy – meaning 162kw and 280nm (on overboost).

And like the Trophy, it gets a 6-speed EDC dual clutch transmission with steering mounted paddle shifters. By toggling the RS Drive settings though, it changes the speed of shifts. In the Normal setting, shifts happen in 200m/s. Switching to Sport mode enables shifts in just 150m/s, while Race mode, gives shifts of under 120m/s – which is even quicker than the Nissan GT-R’s 150m/s shift time.

The Clio RS brings important technology from F1 to the street. And its RS Monitor with race telemetry - that is incorporated into the 7-inch centre-mounted touchscreen - is proof of this. There is even an easy to use ‘Launch Control’ setting that lets the front-wheel drive hatch rocket from standstill to 100kph in a claimed 6.6 seconds, and achieve ¼ mile sprints of 14.5 seconds. However, our sea-level test of the Clio RS has proven to be even quicker than this – achieving 0-100kph in the late 5s, with 14 second-flat ¼ miles achievable.

Aside from its front dampers now incorporating hydraulic compression stops, and a sharper and more direct steering than ever before, the chassis of the go-kart-like RS18 has been significantly stiffened compared to the normal Clio RS – with the front and rear, 15% and 20% stiffer – allowing incredibly quick changes of direction to occur without destabilizing the car. Additional track focused tech includes an RS Electronic differential, and 320mm discs paired with racy red Brembo calipers. The car rides on lightweight 18-inch wheels shod with sticky Michelin Pilot rubber that proved itself with our constant abuse whilst lapping Zwartkops Raceway.

The RS18 oozes exclusivity and comes with a few not so subtle enhancements to make it distinctive from the Trophy RS version launched in 2017. The blacked-out look, punctuated by Sirius Yellow touches further underscores its F1 feel. There’s the usual special edition RS treatment on the exterior of the car, with a Sirius Yellow front blade, an RS roof vinyl, while there are car-specific RS badges and decals throughout. The interior also gets the treatment with a numbered door sill, and some Alcantara in the places that matter.

Whether you’re powering hard down the Mineshaft at Kyalami, lifting a wheel while apexing a series of tight corners at Zwartkops, or cruising around Chapman’s Peak, the RS18 is a car that will put a smile on your face – every time you fire it up. If ever there was a car that allowed you to embrace your inner Nico Hulkenberg, this is it. You would be hard pressed to find a performance car that offers this level of handling, performance and exclusivity at under a million Rands.

Only 65 of the Renault Sport-fettled Clio are coming to South Africa, each with a price tag of R449 900 - ensuring it’ll be rarer than just about any other modern performance car on our roads. And with that, Renault SA has since said once dealer stocks of Clio 200 and 220 are depleted, they will no longer import additional Clio RS’s – meaning the special-edition RS18 will represent the sole Renault Sport model in the brands portfolio until the Megane RS launches later this year.

The RS18 is a car that makes you feel special. Even if you aren’t an accomplished racer, just driving this would make you feel like you’re a part of the Renault Sport racing program. Renault South Africa has gone so far as to tailor a plan for motorsport enthusiasts lusting after the new Clio RS18. They are offering the RS18 at just R6199 a month, over 72 months with a 10% deposit – and a residual at the end of the contract. The RS18 comes standard with a 3-year/30 000km maintenance plan, as well as a 5-year/150 000km warranty.