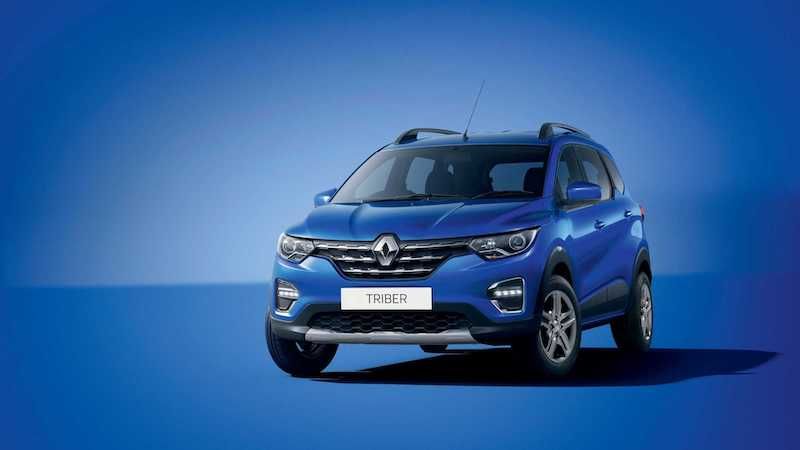 While Renault is busy taking on the Datsun GO with their diminutive Kwid compact car, the French automaker has now set its sights on taking on the seven-seating Datsun GO+ people carrier, with another Indian-manufactured model dubbed the Triber. And the great news is that the model is set to arrive in South Africa sometime in 2020.

Designed primarily for the Indian market, the Triber rides on the same CMF-A architecture that also underpins the Kwid. And it is compact – very! Measuring in at just under four metres in length, Renault claims that with three rows of seats in place, there is comfortable seating for up to seven adults! Being that compact, comes with a penalty regarding boot space. And while it is limited to just 84 litres with the third row of seats in place, dropping those will liberate an additional 541 litres of luggage space. The interior though, draws design touches from the bigger Duster and even features an 8-inch touchscreen complete with Apple CarPlay and Android Auto functionality as well as a digital instrument cluster.

The Triber joins Renault’s crossover line-up which already consists of the Duster, the Captur and the little Kwid; and will be built at the brand’s Chennai plant. There will be only one engine on offer for the 947kg Triber – a 1.0-litre three-cylinder petrol engine that produces 54kw and 96nm – which Renault says is adequate for the Indian market. The power plant will be offered with a five-speed manual gearbox, and an optional automated semi-automatic gearbox. Ride height is expected to be Kwid-like at 182mm and further bolster the people carrier’s soft-roader aspirations. And in typical Renault fashion, there is loads of soft-roader touches such as plastic body cladding and skid plates front and rear.

“Our goal with Triber was to design a car that would transform according to the many needs and the many lives of our customers. Whether they are parents, lovers, a friends’ group, a family pack, whatever their tribe, whatever their lifestyle, Renault Triber should adapt. Triber is true to the Indian values of conviviality and sharing, which are the same in Renault. It offers an attractive, robust and compact design and is re-inventing space for all. We are very proud of our latest breakthrough, which turned a length challenge into a miracle within 4 metres!” said Laurens van den Acker, Executive Vice-President, Corporate Design, Groupe Renault