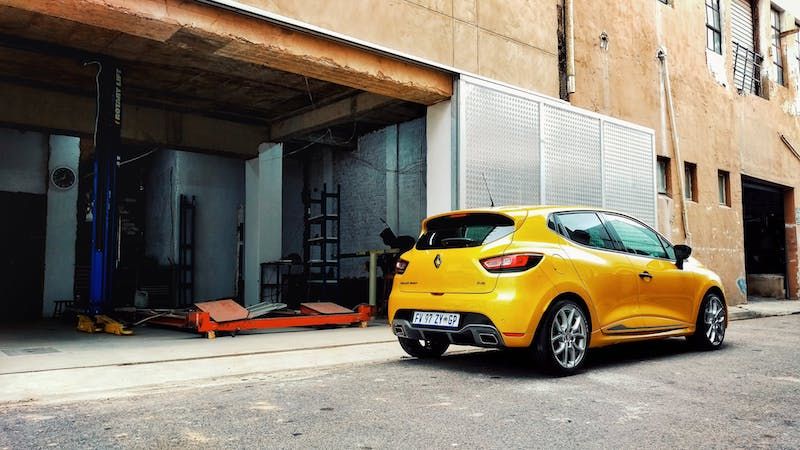 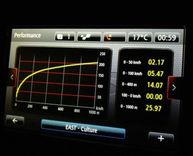 The last decade has been good to Renault Sport fans. Powering cars to multiple Formula 1 world titles, special edition road cars paying homage to those, but most importantly, some of the very best hot hatches known to man. Cars like the Megane RS R26 F1, Clio RS 27 F1, Megane RS RB8, and many many others all coming with proper racing pedigree behind them.

If you are seeking the ultimate tool in precision driving – in terms of vehicles for mere mortals – it doesn’t get better than a Megane RS, and because of that, I have one such model, in limited edition Trophy guise, parked in my garage. So when the Clio RS 200 arrived, I was ecstatic at being able to run the latest Clio RS side by side with its more powerful – more engaging – big brother the Megane RS Trophy.

For starters, whereas the Megane RS is powered by a boosted 2.0-litre motor, the Clio RS goes into battle armed with a turbocharged 1.6-litre motor, which puts out 148kw and 260nm in this application. There is a racier Clio RS Trophy available as well, but that puts out 162kw from its 1600 mill, but torque jumps from the standard 260nm to 280nm with an overboost function. There is no manual transmission option however, bar for a sole 6-speed EDC dual-clutch automatic transmission with F1-inspired steering wheel mounted paddle shifts.

I initially thought the Clio RS would have been trailing the Megane RS in the performance stakes, but thanks to new and sticky Good-Year Eagle rubber on the Clio, we managed to blitz the manufacturer claimed performance figures. Sprint testing at the coast, combined with the chilly winter air certainly helped the little hatch constantly record 0-100kph sprints within the 5 second bracket, and completing the benchmark quarter-mile dash in low 14s.

Launch control is a fairly simple affair. Depress the central mounted ‘RS Drive’ button. Shift the gear selector to ‘manual’. Left foot on brake, pull back both steering mounted paddles and the race start launch control engages once you bury your right foot. Lift off the anchor, and you’re away, bulleting at a rate of knots. Using launch control, our best time however, was 0-100kph in 5.47 seconds and the quarter-mile completed in 14.07 seconds – as measured using the onboard RS Monitor. Quick enough to trounce the more powerful Megane RS over the 400!

Speaking of the RS Monitor, this allows you to track everything from brake pressure to acceleration figures to lap times to steering angles. It’s one of the most high-tech pieces of telemetry seen in a modern road car. Everything is controllable via a centrally mounted infotainment touchscreen. It might be a little gimmicky, but there is a sound synthesizer which via an app, allows you to tailor the sounds you hear the car makes – played through the speakers of the car. So if you want your Clio RS to sound like its distant relative, the Nissan GT-R, you totally can!

In other markets, three different chassis settings are offered: Sport, Cup and Trophy. However in South Africa, we only get the Sport (fitted to Lux) and Trophy (fitted to Trophy). Other noticeable differences between the Lux and Trophy is the Trophy sits lower by 20mm at the front and 10mm at the rear, is shod with high-performance Michelin Pilot Super Sport tyres on 18” wheels, a hardcore sporty chassis, and an Akrapovic exhaust – which it should be added barks on upshifts.

There’s a striking resemblance between the Clio RS and the RS.16 Concept from which the current Clio RS draws a lot of its inspiration. There’s specific front bumper features LED multi-faceted lighting in the form of a chequered flag called RS Vision. This setup has also been seen on the soon to be revealed 2017 Megane RS. This innovate technology co-ordinates the vehicle's fog lights, cornering lights, side lights and dipped and main beams to enhance night-time visibility. At the rear there is a distinct rear wing, twin pipes exiting through a fully function rear diffuser and the rear lights, also integrate the same C-shaped lighting signature as seen on the new Megane.

We know it’s quick. We know it looks great, and in Sirius Yellow, you can’t miss it on the road. In fact, you could probably see it from the international space station. But how does it drive? Sure a car this focused on performance will have its flaws as a daily?

For starters, ride quality on the 17” wheels is great. The car isn’t destabilized over bumpy surfaces and it absorbs road imperfections with ease. The Trophy chassis setting however, will leave you needing a chiropractor. It is proper race car technology after all, and if you can live with the firm right, you will be rewarded with one of the best chassis’ currently on sale. Show the Clio RS a series of ‘twisties’ and it comes alive. One of the ultimate experiences is piloting an RS product on track, and this Clio RS fits the bill perfectly. Whether its straight-line acceleration or blasting up and down a country road, the Clio RS will make you smile. Very wide indeed. Interestingly enough, even with exuberant driving, we still managed to achieve an average fuel economy of 8.2L/100kms.

But how about practicality? Previous incarnations of the Clio RS were three-door offerings, but now Renault offers it exclusively as a five-door hatchback. Renault sees that its customers want the driving thrill of owning an uncompromising hot hatch, but also have the need for additional space. This is the reason why the upcoming Megane RS has dropped its three-door configuration of previous generations for a more GTI-friendly five-door setup. That said, Renault designers have managed to mask the typical five-door look of the Clio by fitting ‘hidden rear door-handles’ that makes the Clio RS look like a three-door hatch. The Clio RS is also packed with the latest safety systems including ABS, EBD, ASR, ESC, and plenty of airbags.

While the Clio RS is a massively engaging drive, perhaps its biggest flaw is its dual clutch transmission that is neither as smooth nor predictive as Volkswagen’s DSG in the Polo GTI. But the favorite – in the segment is undoubtedly the Ford Fiesta ST. While down on power to the Clio RS, it too has a brilliant chassis and also undercuts the French made hatch by over R54 000. But there is one thing the ST has that the Clio RS doesn’t, and that is a 6-speed manual transmission. Purists have bemoaned the lack of a manual option on the Clio RS, as that would once again catapult it to the front of the segment, much like how the Megane RS rules its segment as a pure driver’s tool. However, if you’re looking for a hatch that is practical, will deliver smiles per minute by the dozen, has a heritage that’s envied by everyone from GTI to ST, and want something that has a certain ‘Je ne sais quoi, then the Clio RS is the one for you.