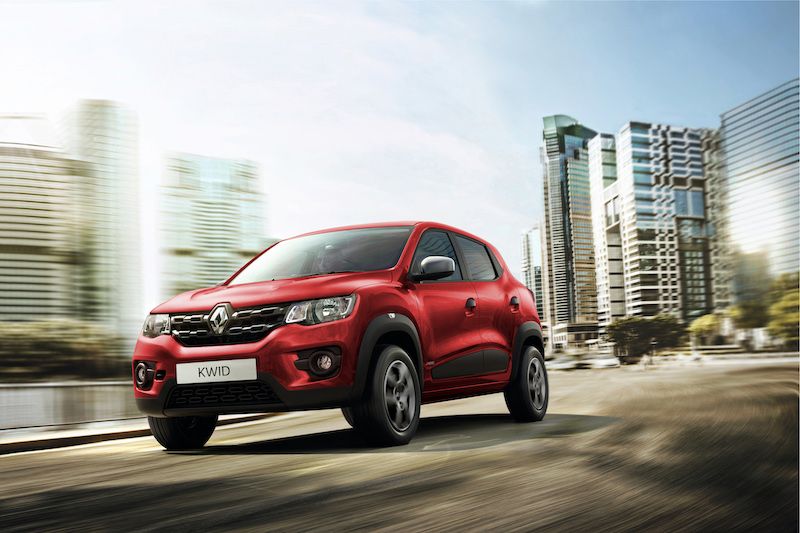 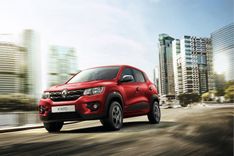 With over 20,000 Kwids sold, the little compact car has proven to be a winner for Renault South Africa. And that’s because the Renault Kwid is famous for three things – its fantastically low price, its great standard specification, and its lack of safety features.

And now, Renault South Africa has sought to give the Kwid – already on the market for 3 years – something of an update. And while they have retained a great price, the compact car gets even more kit; and most importantly, a boost in terms of safety.

While it still soldiers on with just a driver’s airbag, it now gains ABS brakes and a seatbelt warning. But one of the biggest updates is to the cars’ 7-inch infotainment system. The Multimedia system, standard on the Dynamique upwards, comes with a range of functions such as Bluetooth audio streaming and hands-free telephony, USB & AUX-input ports, speed sensing volume control, and has now been upgraded to incorporate smartphone mirroring with Apple Car Play and Android Auto compatibility, allowing consumers the benefit of using either Google Maps or Waze.

A now familiar sight on our roads, the funky Kwid - based on Renault’s CMFA platform – is probably more crossover than mini-hatchback in design. Up front there is a muscular bumper with a blacked out grill – similar to that seen on the Sandero. The wheel arches are cladded in black plastic, further adding to its muscularity. The side section is well toned, contoured and is very much in line with the muscular front. There’s a very short overhang at the rear, but also incorporates black cladding into its lower section, giving the impression of a soft-roader. A ground clearance of 180mm further emphasises this.

As before, the interior is adequately spacious for what is perceived to be a small car. With a wheelbase of just over 2.4 metres, there is satisfactory seating for five adults, with head room being amongst the best in its class. Rear luggage space of 300 litres puts it on par with the Clio and the Sandero – both far bigger cars. This can be extended to 1115 litres by dropping the rear seats. Standard niceties include power steering, electric windows, remote central locking, an effective air-conditioner, and loads of storage space. In fact, the only option you can spring for is metallic paint priced at R2 522.

All Kwids are powered the same 1.0-litre three-cylinder Smart Control efficiency (SCe) engine that produces 50kw and 91nm. It is available with either a 5-speed manual or a 5-speed automatic, both extremely frugal; with Renault claiming it will sip just 4.7 litres and 4.4 litres per 100kms respectively. It will eventually reach 100kph, and given a long enough stretch of road, will hit a maximum speed of 152kph.

Pricing has been minutely bumped up, but it is still an extremely attractive, especially since all Kwids come standard with 1-year of Comprehensive Insurance Cover, as well as a 2-year service plan and a 5-year/150 000km mechanical warranty. 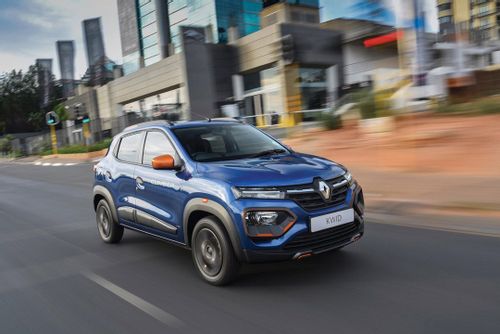