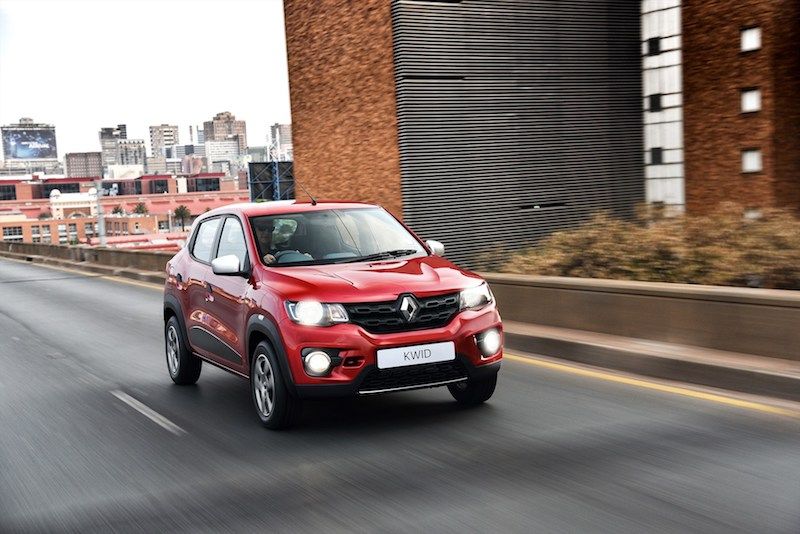 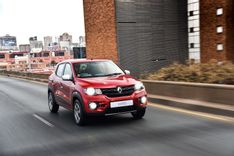 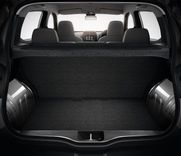 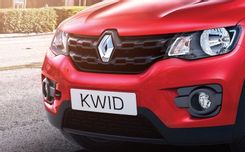 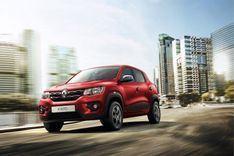 Since its launch in South Africa in 2016, Renault’s Kwid has been a sales revelation for the French automaker, with over 10,000 units sold.

Renault recently added an automatic variant to their Kwid range, called the Kwid AMT. The Kwid AMT is aimed at first time car buyers – students or anyone wanting an affordable automatic city car that is light on fuel, has enough space, decent kit, and a great infotainment system. Renault has further sweetened the Kwid sales pitch by offering buyers free comprehensive insurance for the first year of ownership.

A now familiar sight on our roads, the funky Kwid - based on Renault’s CMFA platform – is probably more crossover than mini-hatchback in design. Up front there is a muscular bumper with a blacked out grill – similar to that seen on the Sandero. The wheel arches are cladded in black plastic, further adding to its muscularity. The side section is well toned, contoured and is very much in line with the muscular front. There’s a very short overhang at the rear, but also incorporates black cladding into its lower section, giving the impression of a soft-roader.

Powering the AMT is the same motor that does duty in all other Kwid models – a 1.0-litre 3-cylinder Smart Control efficiency (SCe) engine that produces 50kw and 90nm. Even when paired with the autobox, it is extremely frugal, with Renault claiming it sips just 4.4 litres/ per 100kms, while the compact car tops out at 152kph.

Interestingly, the automatic Kwid, has no gear lever. Instead it makes to with an innovative dash mounted dial to toggle between the three modes - Reverse, Neutral & Drive. Its placement might seem a little unusual, but after a few days of operation its usage becomes second nature. A deep stowage bin is now where you would expect to find a traditional lever.

The autobox is actually a 5-speed automatic with Easy-R Technology, and while there is ease of use, for a seasoned driver, the way the Kwid AMT drives certainly takes getting used to. It isn’t as smooth as a conventional automatic or CVT though. On the open road, gear changes are slow, and it feels as if the vehicle is losing power, but it is merely upshifting. However, for city driving – which is what this car is intended for - it’s barely noticeable.

In typical Renault fashion, road-holding and ride quality is great. Its suspension setup is a mix of MacPherson struts and a twist beam and coil springs, while braking is handled by discs up front and drums at the back. It does however ride on some very skinny rubber that measure in 155/80 covering miniscule 13-inch wheels. Ground clearance is similar to most crossovers, measuring an imposing 180mm.

There have been many that have lambasted the Kwid for its handling, however, we felt that it was pretty decent. Never did we feel that it was going to roll over and become unstable at any point – although crosswinds whilst doing 120kph on the freeway is a little uncomfortable.

The interior is spacious for what is perceived to be a small car. With a wheelbase of just over 2.4 metres, there is adequate seating for five adults, with head room being amongst the best in its class. Rear luggage space of 300 litres puts it on par with the Clio and the Sandero – both far bigger cars. This can be extended to 1115 litres by dropping the rear seats.

But get behind the wheel of the Kwid AMT and it immediately becomes apparent how well specced it is. The first thing one sees, is the 7-inch MediaNav infotainment system. The system features Bluetooth, audio streaming, hands-free telephony, USB and Aux inputs, and a navigation system. Other niceties include power steering, electric windows, an effective air-conditioner, and loads of storage space.

On the safety front though, there is only one airbag – for the driver – and no ABS. Renault has come in for some flak for this, and will be introducing a Kwid equipped with a passenger airbag and ABS, come 2019. Additional safety features on this model however, include Pro-sense seat belts and central locking.

South African’s love to stand out in a crowd, and Renault South Africa has really come to the party with a massive range of Renault-approved accessories available to truly customize one’s Kwid – with everything from chrome accents, to sporty alloy wheels,  to roof rails and cladding, to special customized anti-slip mats.

The Kwid AMT is priced at a competitive R147 900, and comes standard with a 5-year/150 000km mechanical warranty and a 6-year anti-corrosion warranty. There is an optional maintenance plan available though, which can be selected when purchasing the vehicle.