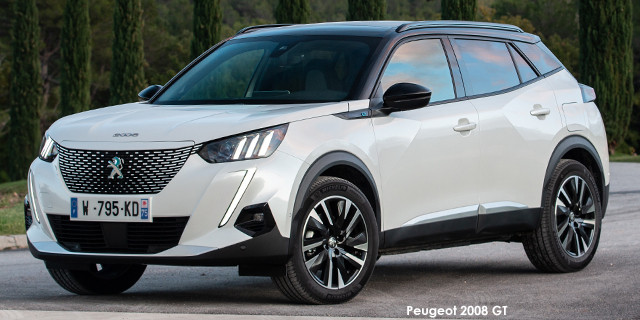 Based off the smaller 208 Peugeot hatch, the taller 2008 is available in three variants. We spent some time with the GT Line. Below are just a few of the stand-out features of Peugeots latest mini-SUV we liked while conducting our road test;

When announced by Peugeot that they were releasing their 2nd generation 2008, they claimed from the outset that it was going to be a larger design with particular attention being paid to the rear-seat room - once inside the vehicle, this breeds true and it really does feel like you could be in something larger than a vehicle considered small, mini or compact.

With a boot space of 434 litres, it is larger than its direct rivals such as the Audi Q2, Nissan Juke and Hyundai Creta we recently tested. A double compartment in the boot allows for an additional shallow compartment to be revealed. A clever design, this hard-shelled compartment is able to stow and protect smaller valuables.

Peugeot have long been renowned for their ambitious attempt on interior design with a general futuristic approach. This is no different when inside the new 2008 GT line. So much so that it would seem that other rival brands are in a different decade all together due to its updated design and sharp finishes.

The lime green stitching along the upholstery contrasts with the rest of the interior well. A neat ambient light that has eight colour settings lights up the interior and adds a cool touch for the sporty design that the 2008 embellishes. The quality is class leading.

The car is fitted with a well-arranged 10” infotainment system that is easy to operate. The touchscreen is user-friendly and relatively easy to gage with - this is also due to the configuration of piano style buttons situated below the infotainment system controlling regularly used functions such as central locking, hazard lights and A/C off.

Just above the piano buttons, Peugeot has complimented their futuristic approach with other buttons that respond with just a light touch and react to the heat of your finger. Controlling media, calls, navigation and the heat of your seats is a seamless task in the Peugeot 2008 (when you do finally work out where all the buttons are situated)

Possibly to some as marmite is on toast, we found some to really like the latest evolution of the I-Cockpit dashboard and some to be put off buy the design. By using a double screen in the dashboard and light projector, the driver can experience a 3D effect behind the steering wheel. A pleasing touch by Peugeot, the more complete visual experience offers the driver a safer view when glancing at the information displayed. Innovation is at the forefront with Peugeot and their new customizable I-Cockpit.

Peugeots 2008 GT Line has an impressively refined engine, fitted with the latest generation of efficient and multi award-winning 1.2 litre Puretech engines. The front-wheel drive 2008 GT is good sounding too, offering up ruggedness through the rev count and a rawness that makes you want to push it a little further each time.

Powering the new Peugeot 2008 GT Line is a six-speed automatic gearbox mated with an output of 96 kW/230Nm. Pressing down on the accelerator (even on a gradient), the GT picks up pace with ease and hurries on with determination.

Most SUV crossover owners feel they are losing with ride comfort and handling, however as the name suggests, the GT Line (or grand tourer) has been designed for faster speeds as well as longer distanced hauls in minds and have therefore managed to balance this quite well.

Through cornering, the 2008 GT holds itself together well, gripping to the floor confidently. Suspension is moderate to firm. This combined with a high-geared lightweight steering allows the 2008 GT to feel (on superficial acquaintance) that its going to be fun on corners.

It does manage to take sharp edges off ridges, bumps and small potholes and doesn’t give off too much excess noise rumbling from the tyres or suspension. Overall a relatively pleasant drive. However, for what the Peugeot is, you will still find yourself easing over bumps with caution and weaving past each pothole with careful attention.

Distinctive looks, a rich interior and an undemanding drive, the new Peugeot 2008 GT is a well-rounded vehicle recently added to the congested compact SUV segment. Very possibly a turnaround for Peugeot and their position in the South African market.

Buy a new or used Peugeot 2008 at a great price.
We put you back in control, make a single request and get up to 3 quotes from dealers nationally.
Coming soon