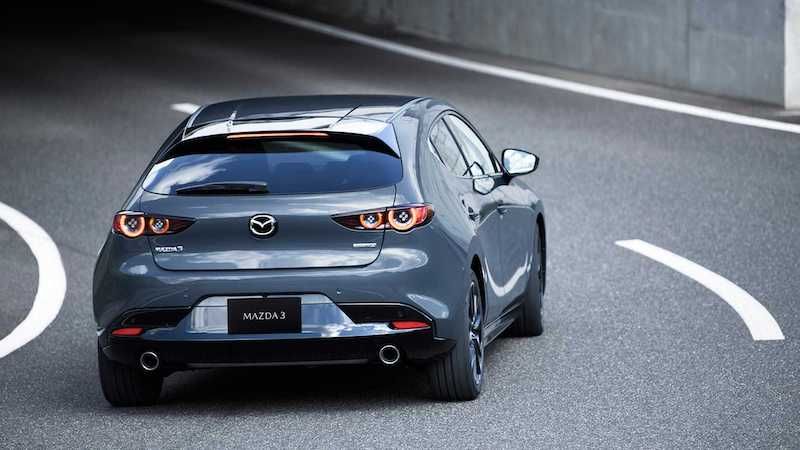 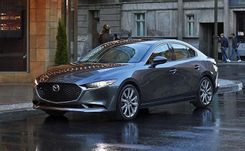 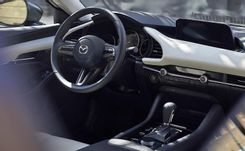 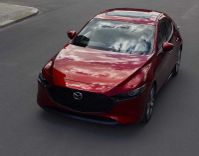 As with its predecessor, the Mazda 3 will be available as either a five-door hatchback or a four-door sedan. The compact car closely resembles Mazda Kai Concept, and adopts a more mature interpretation of Kodo design (soul of motion) that embodies the essence of Japanese aesthetics.

The new Mazda 3 is actually the first model to benefit from a theme called Mazda Premium, the company’s new product development philosophy which is focused on creating a truly satisfying ownership experience rooted in customer trust, driving pleasure, captivating design, and elevated quality.

Mazda has also said the new car's “fundamental performance attributes have been raised to a new level.” It also rides on the new SKYACTIV-Vehicle Architecture and will be available with a choice of high-tech naturally aspirated SKYACTIV engines.

Depending on market, there will be a choice of three petrol engines available - a 1.5-litre, 2.0-litre and 2.5-litre, whilst a sole 1.8-litre diesel variant will be offered too. Power will be sent to the front wheels via either a 6-speed manual or 6-speed automatic transmission, however, it’s likely that the US market will get an all-wheel drive version of the Mazda 3.

An automotive first is Mazda's innovative Skyactiv-X engine. This revolutionary engine employs a method of combustion – compression ignition – that the combined might of the motor industry has been trying to master for over two decades. The motor features include superior initial response, powerful torque, faithful linear response and free-revving performance. The engine is assisted by Mazda's intelligent new M Hybrid system, which supports greater gains in fuel economy, and achieves higher levels of driving pleasure and environmental friendliness.

SKYACTIV-X offers the best of both diesel and petrol engines with none of the disadvantages. It does this thanks to a new technology called Spark Controlled Compression Ignition (SPCCI). Running on regular petrol, SPCCI works by compressing the fuel-air mix at a much higher compression ratio, with a very lean mix. The SKYACTIV-X engine uses a spark to ignite only a small, dense amount of the fuel-air mix in the cylinder. This raises the temperature and pressure so that the remaining fuel-air mix ignites under pressure (like a diesel), burning faster and more completely than in conventional engines. The result is a 10 to 30 percent more torque than the current SKYACTIV-G petrol engine with better fuel efficiency than the current SKYACTIV-D, and a power increase of ten percent.

While the exterior of the hatchback is truly distinctive and sporty, the interior is a minimalist affair albeit far more premium than ever before. The defining features of the exterior are its massive grill up front, tight C-pillar and curvy rear end, which gives it a ‘seductive’ look – something many of its rivals lack.

The interior – as mentioned – is minimalistic, something we have seen in cars like the latest MX-5. The spartan dash is dominated by a large infotainment screen, with all the functions laid out horizontally. From an enthusiast’s point-of-view, you are seated in heavily bolstered seats low down, giving a similar feel to the sporty MX-5.

The new Mazda3 is available with Mazda's newly developed Driver Monitoring system. The system uses both an infrared camera and infrared LED to observe the driver's condition while driving. It monitors how wide open the driver's eyelids are at any given time, the number of times he or she blinks, and also the angle of the mouth and face in order to determine the level of drowsiness or fatigue. It also monitors the driver's line of sight and eye movement to determine when the driver is being inattentive. If the system judges that the situation has become dangerous, it sounds an alert to make the driver aware and works in conjunction with the Smart Brake Support (SBS) system to shorten the time required for the brake warning to sound.

Front Cross Traffic Alert (FCTA) is available on the new Mazda 3. The system uses newly adopted front side radars to detect other vehicles approaching from blind spots at the front right or left of the vehicle and alert the driver of their presence. This helps prevent a common cause of accidents, when cars enter a T intersection with a partially obscured view.

Also available on the new Mazda 3 is Mazda's new Cruising & Traffic Support (CTS) system. CTS contributes to reducing driver fatigue by assisting with accelerator, brake pedal and steering operations when stuck in traffic jams on the highway. It also supports a safer, more reassuring and more comfortable driving experience in conditions that demand constant operation of the assisted functions.

Mazda has also shot down the idea of a hot MPS version, with their CEO explaining that it instead seeks to focus on ensuring “the customer appreciates every day driving rather than peaky performance”. Expect the new Mazda 3 to reach South Africa in the second half of 2019, with pricing and final specification announced closer to its local introduction.