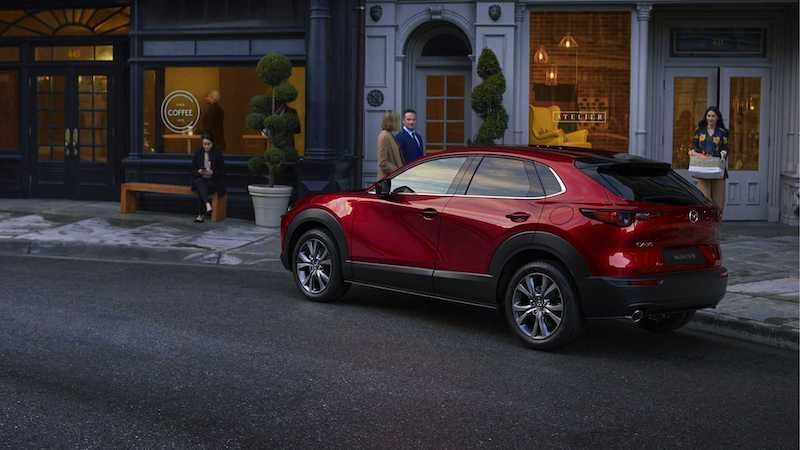 Don’t be confused. We assure you it is an all-new model

The new CX-30 has just been unveiled at the Geneva International Motor Show, and Mazda Southern Africa has confirmed that the compact crossover will arrive in Msanzi in the first quarter of 2020.

The compact crossover will fill the void between the CX-3 and CX-5, and based on a length of 4395mm and a width of 1795mm, it will rival the Mitsubishi Eclipse Cross, Kia Sportage, Renault Kadjar, Nissan Qashqai and Hyundai Tucson amongst others. It will also ride on an evolution of Mazda’s Skyactiv-Vehicle Architecture which is shared with the new Mazda3.

Tidier proportions and a faster rear-hatch profile will distinguish the CX-30 from the larger CX-5, as will thicker dark plastic cladding on the lower body and wheel arches. The CX-30 features smart technologies such as an evolved i-Activ all-wheel-drive (AWD) system which works in harmony with G-Vectoring Control (GVC) to control torque distribution between the front and rear wheels. Mazda claims these technologies will promote an even more engaging Jinba Ittai driving experience.

The design of the CX-30's cabin is based on Mazda's human-centred design philosophy, and traditional Japanese architecture with its use of Ma, or empty space. Speaking of space, luggage capacity is a capacious 430L. A lift gate opening width of 1020mm and a loading lip height of 731mm, aid easy loading and unloading of heavy or bulky cargo.

While engine options for South Africa have yet to be revealed, Mazda has given us a rough idea of powertrains that will power the CX-30. The engine range consists of Euro 6d-TEMP petrol and diesel engines mated to either a six-speed manual or a six-speed automatic gearbox. All petrol units will feature Mazda’s M Hybrid mild-hybrid system for improved efficiency. The tech combines an ICE with an electric motor and a 24-volt lithium-ion battery.

Expect final specifications and pricing for the South African market to be released closer to its local launch early next year.