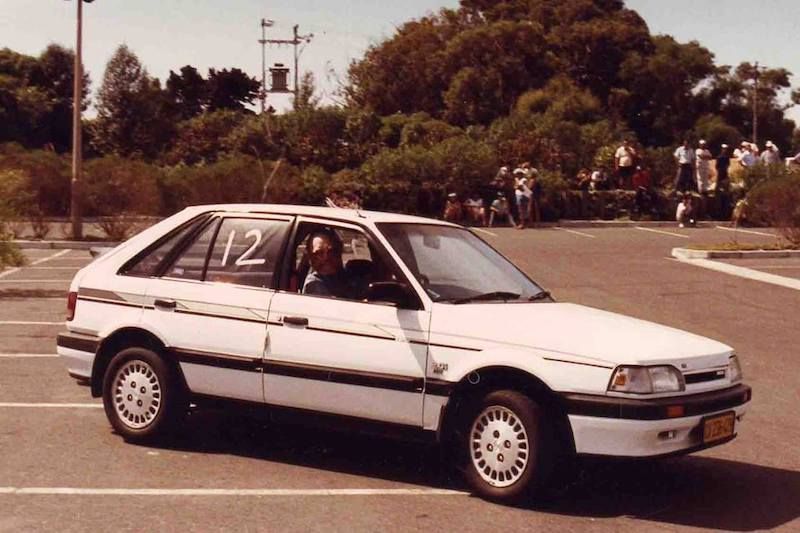 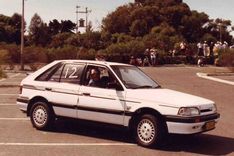 Any real petrolhead will confirm that the late 80s and early 90s was the golden era for performance cars in South Africa.

Sure, we now have hyper hatches and sport saloons reaching nearly 300kw and 450kw respectively, but some 30 years ago, Saffa’s were being introduced to affordable performance motoring, with offerings from just about every automaker. Make no bones about it, cars are incredibly fast nowadays, but back then, the relative affordability of these ‘performance cars’ allowed just about anyone to get behind the wheel of something special.

Case in point, Mazda. These days, Mazda South Africa doesn’t offer any performance cars in their portfolio – not only in South Africa, but internationally (MX-5 is hardly a performance car). Back in the late 80s, they offered a spicy little hatchback called the 323 2.0 EGi. It was the follow-up to the hugely successful 323 1.6 EGi, which together with Ford’s Laser 1600i were known as giant killers, and ruled the roost in the Class D category in which they competed.

As you can imagine, there was a lot of expectation heaped upon the 2.0 EGi. Under its hood was a free-revving 2.0-litre 8V SOHC motor, which produced 88kw and 161nm. This placed it right in the middle of some very strong competition, most notably the Volkswagen Golf GTI, with its 82kw 1.8-litre motor, Toyota’s Conquest RSi Twincam 16, with its 89kw 1.6-litre, Opel’s 95kw Kadett 2.0 GSi, and Honda’s Ballade 160i 16V with its 86kw 1.6-litre powerplant.

The one massive advantage the 323 did have was its price - it was significantly cheaper than all of these and offered some strong performance. When tested against the clock, it registered a 0-100kph sprint time of 9.6 seconds, and the standing kilometer in 30.97 seconds at 163.9kph. It eventually ran out of puff at 189kph. Due to its torquey motor, it was notably stronger than some of its competitors in 3rd and 4th gear acceleration.

Thanks to independent suspension all round, and a stiffened body shell, the 991kg 323 was endowed with go-kart-like handling. The only way to spot an EGi was its subtle boot spoiler, attractive alloy wheels running on low-profile rubber, and stripe that ran the length of the car. But as competitors raised the bar, and outputs soared, 1992 saw SAMCOR install the 626’s brilliant 109kw 2.0-litre FE DOHC motor into the 323 (and Ford Laser), and the 323 200i 16V DOHC was born.

All too often, many incorrectly refer to this model as the EGi. When launched in 1989, the 2.0 EGi carried a rather affordable sticker price of just R28 990, which over the years swelled to R41 545, while the FE-engined 323 came in at R55 189, which was still some R12 000 cheaper than the 2.0-litre 16V Golf GTi. Times have changed though, and these days’ people pander more for compact crossovers than affordable performance cars. Such a pity though… such a pity.