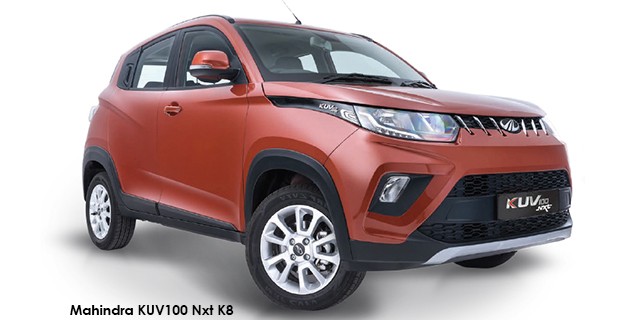 While the majority of us will easily remember the South African automotive landscape of the late 90s, we think it’s only fair we give some of our younger Auto Advisor readers a brief history lesson. Once upon a time, in the land of beer, braaivleis and gold, there lived a rainbow nation that in the years leading up to the 90s, were only exposed to Japanese, European and American-built automobiles. Suddenly, a handful of questionably-styled Korean cars appears on our shores and started to populate our roads.

Because of their low pricing, and reasonable specification levels, people put aside the vehicles’ awkward looks, and purchased them. Fast forward a decade, and those brands - Hyundai and Kia - are outselling their Japanese rivals in many segments. The exact thing happened when the first Chinese vehicles arrived in the 2000s, and now, brands like GWM and Haval are right up there competing with the best of them.

And while Indian brands like Mahindra and their compatriot Tata have been available locally for some time, their vehicle line-up has mostly consisted of hardworking LDVs and bare-bones budget cars. But, with the KUV100, Mahindra is making their intentions known. After all, this is the first Indian car that we have driven, that we actually enjoyed! Yes, you read that correctly. We really did think that the KUV100 is a decent offering, and a unique one at that, especially with its striking looks.

For starters, let’s get the name out of the way. It’s called the KUV100, and Mahindra insist, it is pronounced “KUV-One-double O”. They also tell us that KUV is an acronym for “Kool Utility Vehicle”. Jokes aside, we assure you, we aren’t making this up; this is exactly what Mahindra have told us. Despite its imaginative name, the KUV100 is classified as a compact-mini sport utility vehicle, rather than a conventional hatchback.

The KUV100 though, has been available on the SA market for a couple of years, but late last year, Mahindra introduced a refreshed version, called the KUV100 NXT. While the NXT’s exterior design is certainly bold, it’s important to remember that fortune favours the brave. Thanks to an imposing front grill, unique wraparound headlamps, redesigned taillights, skid plates at the front and rear, and plastic cladding throughout the exterior, the ruggedly-styled NXT is no slouch in the looks department.

Built to be both tall and wide, the 3.7m long KUV100 NXT literally stands head and shoulders above its competition. This is due to its long suspension travel, combined with high angles of approach and departure. If our pictures didn’t do enough justice, the NXT has an impressive ground clearance of 170mm. Its boxy body shape also helps when it comes to luggage capacity, with the NXT capable of carrying up to 473 litres of luggage.

Compared to the model  it replaces, there is new fabric upholstery, piano black detailing and a new temperature control panel on the climate control system. The flagship K8 specification features a 7-inch touchscreen, which replaces its predecessor’s minute 3.5-inch display. This infotainment system is indeed quite nifty, and together with Bluetooth connectivity, offers a USB port and audio, image and video playback.

Other niceties on the K8 derivative include remote keyless entry, a new gearshift indicator display, Intellipark reverse parking sensors, and electric folding side mirrors. This complements the array of standard specification on the K8, which includes power windows, air conditioning, foldable rear seats with an centre-mounted armrest, cup holders at the front and rear, underfloor storage bins, a cooled glove box, and front and rear 12V power outlets.

As with its predecessor, the NXT is powered by Mahindra’s range of economical 1.2-litre three-cylinder mFalcon engines, with G80 naturally-aspirated petrol and D75 turbodiesel variants comprising the range. The petrol variant produces 61kw and 115nm, while the diesel variant outputs 57kw and 190nm, with all options paired with a five-speed manual transmission driving the front wheels. Thanks to the NXT tipping the scales at just 1.2 tons, performance is adequate but it really shines in terms of frugality.

While the petrol version will sip unleaded at a claimed 5.9 litres per 100kms, the oil burner is claimed to use just 4.3 litres per 100kms. Its fuel tank is a little on the small side at 35 litres, but a range of 800kms is very possible in the diesel. On the K8 specification level, the diesel model is equipped with an intelligent micro-hybrid system that switches off the engine when the vehicle is not moving and immediately restarts the engine when the accelerator is pressed.

One area where it bests its rivals is in terms of safety. Aside from dual airbags and corner brake control, it also features ABS and EBD. There is also a collapsible steering column, an engine immobilizer, child safety locks on rear doors, speed-sensing automatic door locks, automatic hazard warnings, and most importantly, anti-slip clips for driver side floor mat. There are also follow-me-home and lead-me-to-vehicle headlights, which is pretty cool.

The range consists of five models and are priced as follows:

Buy a new or used Mahindra KUV100 Nxt at a great price.
We put you back in control, make a single request and get up to 3 quotes from dealers nationally.
Coming soon 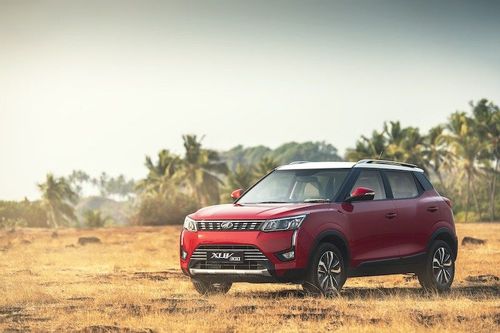 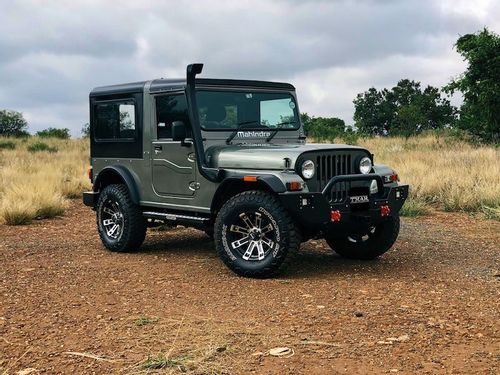