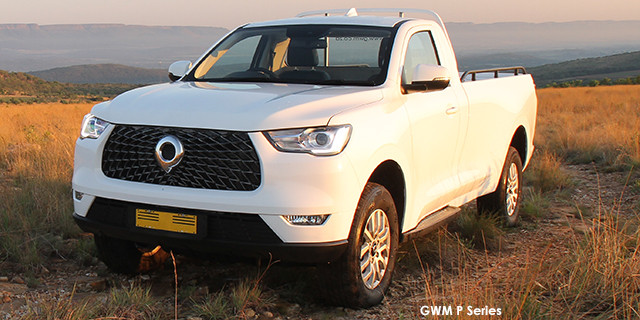 It has been a busy P-Series month for the team of AutoAdvisor and truth be told, we are loving it. For those who are not too familiar with P-Series, well it is kind of a dream bakkie but for an affordable price. See GWM are on a mission and that is to take the bakkie market by storm, taking on titans like Toyota Hilux and Ford Ranger. But the question remains, does the Chinese have what it takes to on some South Africa’s beloved bakkies? The answer is yes. After spending time with both the single and Passenger derivative, we have grown accustomed to this larger-than-life bakkie.

Smooth on the road

Now GWM have been around for over 36 years but this does not mean that they have to some extension perfected their craft in building quality engines. The Commercial Double Cab sports a 2.0-litre turbocharged diesel engine that produces a neat 120Kw of power and 400 Nm of torque. This amount proves to be quite comfortable on the road. The biggest critique however must be its turbo lag, see while most bakkies take on, the P-Series lags slightly. Besides this, everything about the P-Series is enjoyable. Its size leaves you confident on the road and its smooth six-speed manual gearbox proves to be very gentle.

It has got the looks

When after a bakkie, one always considers how durable it will be but given how young the P-Series making that call is too soon. But if you someone who is after a bakkie that boasts more looks than your standard bakkie then the P-Series has you covered. Seriously, you may get more stares than you bargained for and truth is, we are not complaining. The outside comes standard with a well-designed black grille that features a mesh pattern. In terms of wheels, it gets around on 17-inch alloy wheels. Now the Commercial Double Cab does look good but if you need a bit more style and flair then the Passenger grade might be your cup of tea. In terms of size, the P-Series proves to be all the might you need as it is larger than both the Toyota Hilux and Ford Ranger.

The P-Series still shocks us every time, as its price tag is lower than most competitors but proves to hosts premium features. Yes, the quality may not be the finest, but when you get everything that it offers, you may find yourself choosing quantity over quality. Its sleek black cabin comes featured with partial leather seats and a multi-functional steering wheel. Although there is much to love about it, it must be the cabin’s 3.5 Inch colour instrument cluster that steals the show. Coming equipped with both Apple CarPlay and Android Auto, the P-Series certainly feels a step out of its asking price. This, including its ample space, the P-Series makes a hard bargain for anyone to ignore.

There is so much to like about the P-Series and our journey with all its derivatives have been nothing but enjoyable. The Commercial Double has all the tools to take on the rest of bakkie titans. Whether it will be crowned the king of bakkies in Mzanzi, might be a stretch but this does not mean that it is not an excellent bakkie. If you after a bakkie that provides both value for money and looks, then we highly encourage you to consider the P-Series. Not only is it a certified looker but given how spacious and comfortable it is, we cannot help but feel a sense of confidence behind the wheel. 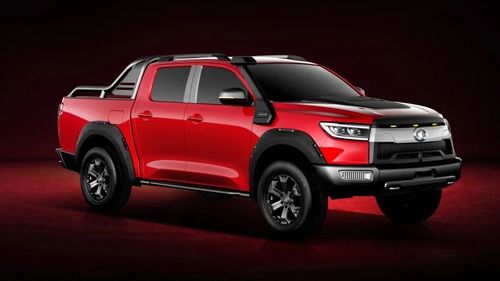