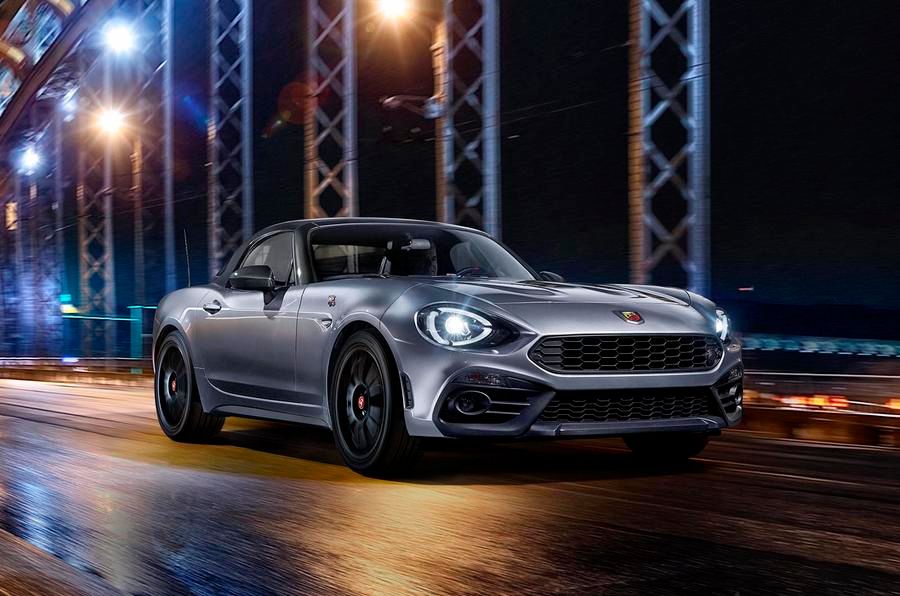 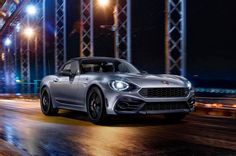 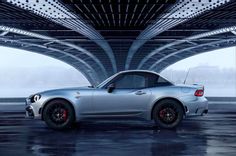 What has the Italian-tuner added to the little grumbler to warrant a GT badge? Increase in power? Added luxuries for those longer cross-country trips? Reworked suspension? All pretty obvious suggestions and all pretty much just assumptions for now.

What we do know is that Abarth has manufactured a lightweight (±15kg) carbon fibre detachable roof. Being Italian, this little addition should take 5 minutes to assemble and remove, well it should.

The addition of the carbon fibre roof adds a little more rigidity to the 124 chassis which should damper any body-roll and increase overall stability.

There are hints that there might be a few additional performance tweaks to the little roadster when Abarth revealed also released news on yet another 500 variation - the 500 Abarth "695 Rivale". The two-tone, Riva Blue and grey paintwork which is a nod to the Italian boatbuilder Riva. Again without any power increases, they have however added an Akrapovic exhaust, Brembo-brakes, 17" light-weight wheels and fancy "Frequency-Selective Damping" Koni suspension.

If Abarth adds those little extras to the 124 GT - these may just be what the little roaster needs to step into the sports cars category. 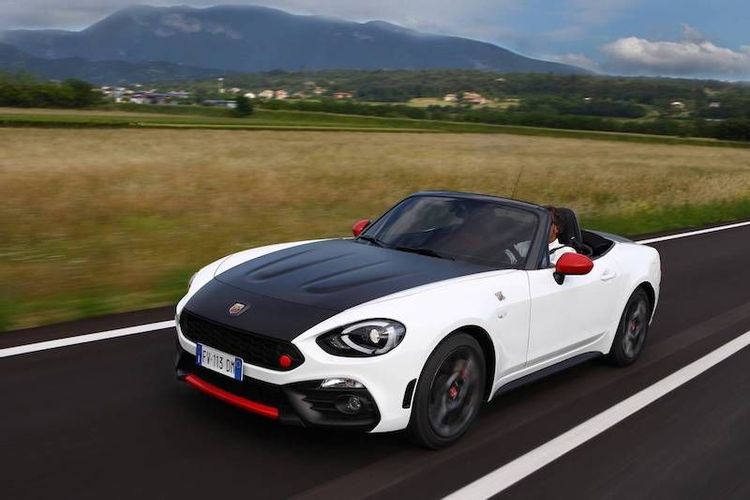