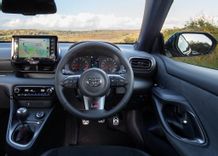 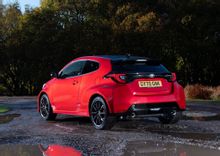 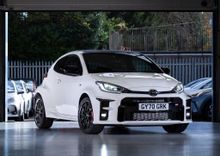 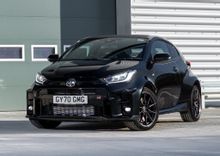 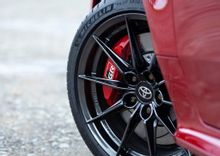 It's been quite a while since a car has caused such a ruckus. In the weeks' leading up to its launch, the Toyota GR Yaris was the topic of many an internet debate. While many couldn't quite wrap their head around paying R606 600 (R715 600 for the Rally derivative), fans of the little hot hatch came to its defence, trying to explain to the masses why the GR Yaris is worthy of its price.

So what makes the Japanese pocket rocket so special? Let's start with the powertrain. Under the bonnet lives a 1.6-litre, three-cylinder turbopetrol with 198 kW and 360 Nm of torque. Power is sent to all four wheels via a six-speed manual gearbox.

Developed in a joint effort between Toyota Gazoo Racing (think AMG but for Toyota) and Tommi Mäkinen, the little Yaris is constructed from aluminium and carbon fibre. Courtesy of this lightweight construction, the GR weighs just 1280 kg. This gives it a rather impressive 0-100 km/h time - 5.5 seconds. The top speed is pegged at 230 km/h.

But the GR Yaris isn't just about straight line speed - far from it, in fact. For example, the Yaris is fitted with 356 mm grooved front disc brakes. Fitted with four-pot calipers, they're even bigger than those fitted to the Supra sports coupé.

At R606 600, the base model receives an impressive amount of features. Naturally, alloy wheels are standard, but LED headlamps and keyless entry are part of the package. The slightly pricier Rally derivative is more comprehensively equipped, sporting niceties such as a heads-up display and adaptive cruise control. However, a number of performance enhancing extras are fitted, too.

Forged alloys, a limited slip differential and active noise control are all part of the package.