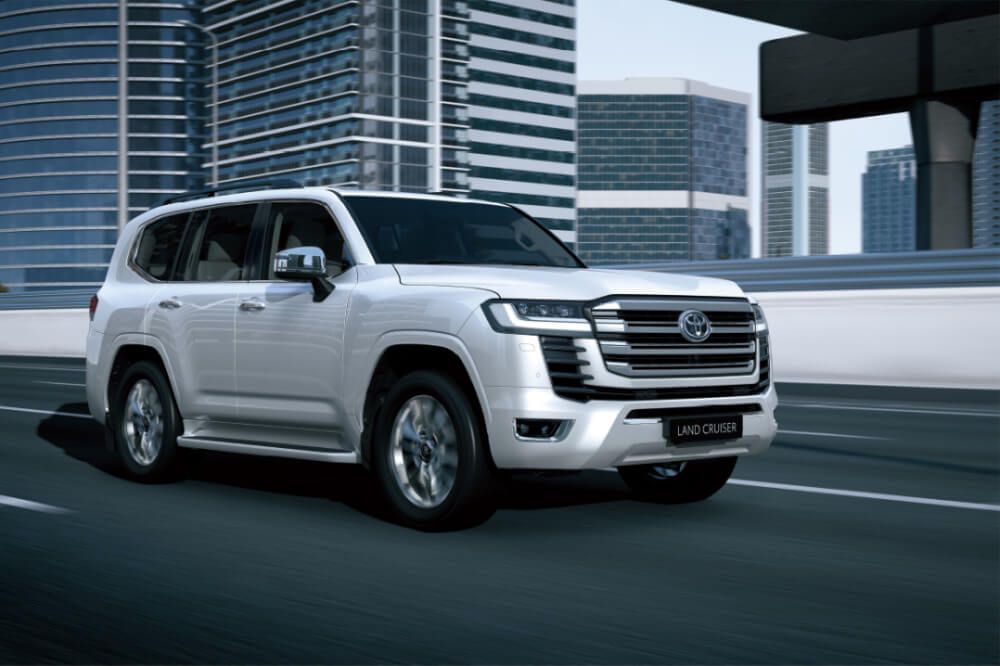 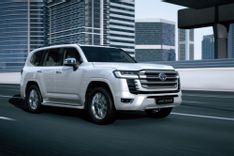 In terms of exterior design, the 300 series will get an appealing rectangular theme. Its front facia is set to reinforce the Land Cruiser's Master of Africa status. It will feature new styled lights, with the horizontal slats coming with either black or chrome accents. The front radiator will come in a U-shape, creating a bold and solid appearance. At the rear, the 300 series will employ LED lamps, further enhancing its sporty appeal.

As for engine options, the Land Cruiser 300 will introduce two all-new engines. It will range from a 3.5-litre twin-turbo Petrol V6 engine and a 3.3-litre turbodiesel V6 engine. Both engines will feature the latest Toyota technology and promises to achieve excellent performance. The Petrol V6 will be borrowed from the Lexus LS500, and will deliver an output of 305kW and 650 Nm of torque. The turbodiesel V6 engine option will produce 227kW and 700 Nm of torque. Both engine options will come equipped with a 10-speed automatic transmission.

The 300 series will adopt the new Toyota New Global Architecture (TNGA) platform. This new TNGA design will see the Land Cruiser 300 get pioneered with new welding techniques, as well as a reconfiguration in the drivetrain placement. The development team has not only focussed on improving the off-road capabilities, but also the on-road performance and driving comfort.

The local introduction date for the Land Cruiser 300 is set for August of this year. More details, pricing, and model line-up will be revealed in due time.