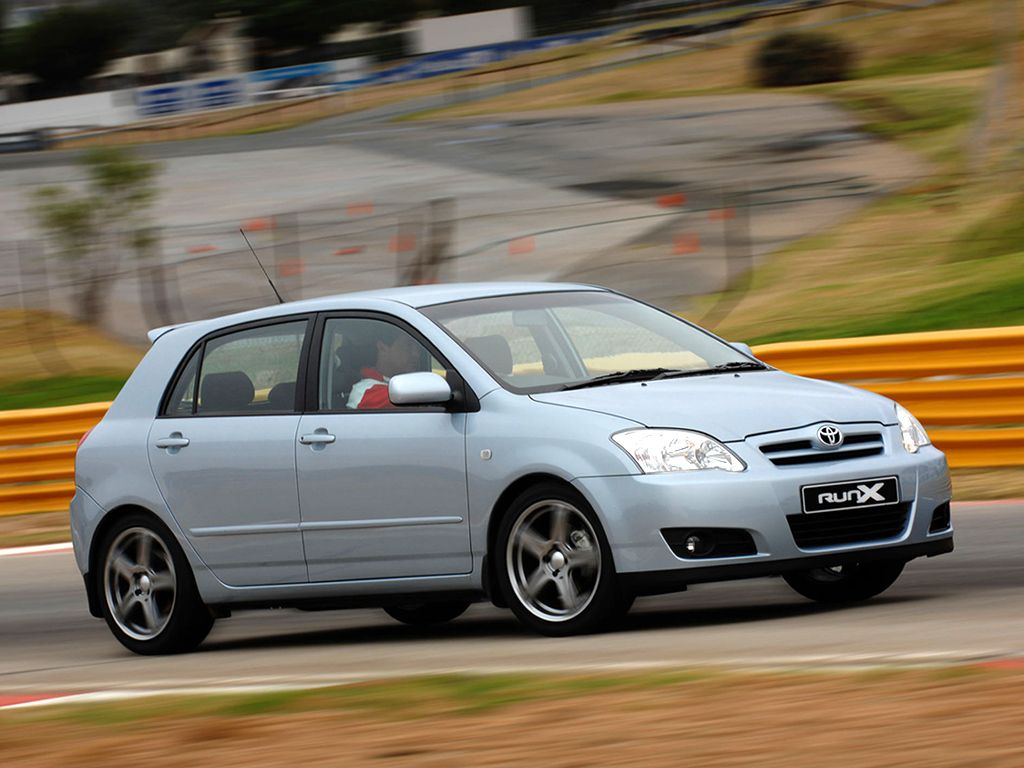 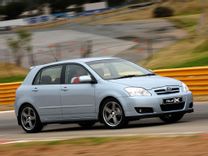 The RunX RSi TRD was a big deal for Toyota SA. Not only did it wear the fabled RSi badge, it too wore the iconic TRD badge – the first local Toyota since the 80s!

Say what you will, the standard RunX RSi was a very quick car. Road tests suggested it was a little ordinary compared to its competitors, but on the road – and the street – it was a true giant slayer. Once it was in ‘lift’, very few cars could keep up, and let’s not forget how strong it was on top end! Those that mastered the launch in the XRSi were gods among men, and it took incredible skill to get it perfect.

But while enthusiasts eventually warmed to the sedate looks of the XRSi, the one area that needed attention was its wooden handling. Toyota’s goal was to improve this with the TRD variant. The suspension was beefed up by a set of TRD shock absorbers and stiffer coil springs to match. A strut brace between the front suspension uprights provided additional rigidity for the TRD’s front end. That, along with the 17-inch low profile Bridgestone 215/45 R17 rubber, translated into much improved handling characteristics.

The TRD was based on the facelifted XRSi, which saw minute tweaks over the original XRSi, including revisions to its ECU, induction and exhaust systems. That said, Toyota still claimed the 1.8-litre 16V motor equipped with VVTL-i produced 141kw at 7,800rpm and 180nm at 6,800rpm. While many know that the high-revving 2ZZ-GE motor was designed by Yamaha, few know that the motor featured forged steel connecting rods. Magazines tested the XRSi running the 0-100kph sprint in mid 8s, but on the street – at sea level – that time was easily in the 7s. Top speed was another matter, with it effortlessly running off the clock.

Once inside the first thing you noticed that differed from the regular XRSi is the TRD shift knob. Partnered with the shift knob was a TRD “quick-shift gearlever kit” for the 6-speed manual, ensuring lightning-fast shifts between the cogs. Other interior trim changes included red stitching for seat seams, and a set of TRD embroidered carpets. On the outside, the only changes being the regular RSi badges replaced with TRD emblems. There was no need for fancy bodykits or big wings. The XRSi TRD was a bonafide street sleeper, with its only real giveaway being its howl as it approached its 8,000rpm redline.

When launched in December 2006, the special edition RunX RSi carried a price tag of R222 300, and with only 200 made exclusively for South Africa, these cars are still extremely sought after by Toyota fans.