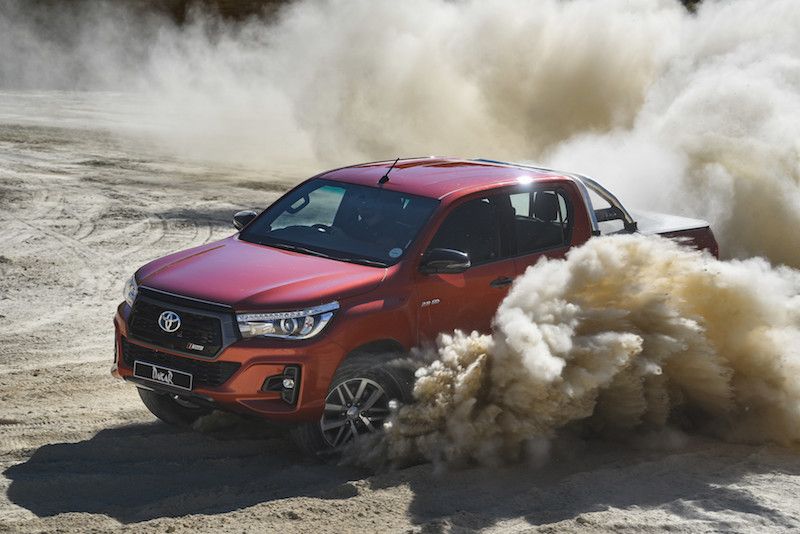 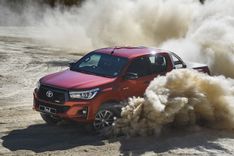 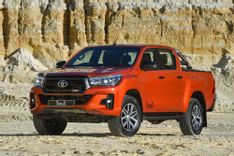 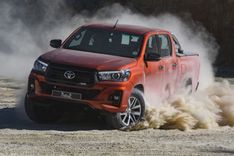 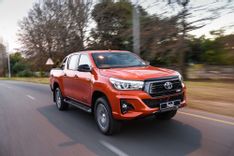 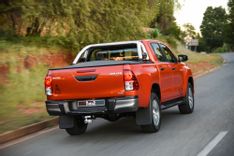 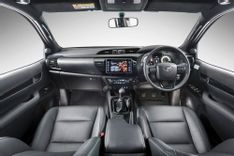 The new model is called the Toyota Hilux Dakar Edition, and it commemorates the Japanese automaker’s participation in this year’s Dakar Rally in South America – the 40th running of the gruelling race – as well as humble South-African built bakkies’ successes in the race. As we have previously seen, the Dakar suffix is reserved for the pinnacle of Hilux variants - and therefore the new model presents a unique product offering befitting the revered label.

The biggest change with the Dakar is up front. It sports the face as seen on the Australian specification Hilux Rogue. Toyota says this sportier Tacoma-like front end will be rolled out to the entire Hilux range in due time. Other changes include the grill, side mirrors, door handles and other trimmings benefiting from new black touches, while Dakar decals on the lower section of the doors and rear tailgate adorn the new model. It does however ride on the on the same 18-inch wheels as the Raider Black.

The interior gets an all-black treatment - with a black roof headliner, metallic black trim accent panels and black leather upholstery with light grey contrast stitching - creating a sombre, yet sporty space for occupants. Dakar models receive a unique instrument cluster, using white-faced gauges with orange needle pointers and bespoke graphics; as well as an infotainment system that has been upgraded to now include Satellite Navigation.

The Dakar is available with a choice of two powertrains. Eight Dakar variants will be powered by a 2.8-litre turbo-diesel motor, that produces 130kw and 420nm (when paired with a 6-speed manual), or 450nm (with a 6-speed automatic); and a sole 4.0-litre V6 petrol engine with 175kw and 376nm, that’s paired exclusively with a 6-speed automatic transmission (in double cab spec only). The Dakar is available as either a rear-wheel drive 4x2 (raised body) or a 4x4. Four variants are available with the manual gearbox, which includes a selectable iMT function (intelligent Manual Transmission), which provides rev-matching downshift and hesitation-free upshift functionality.