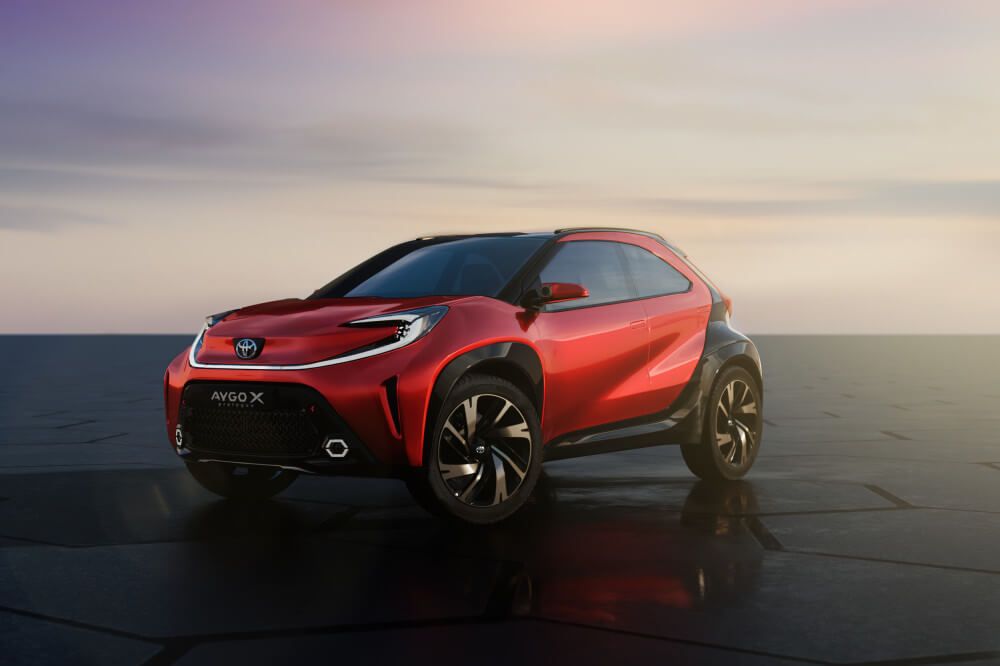 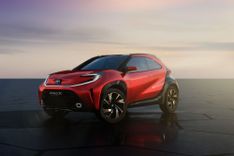 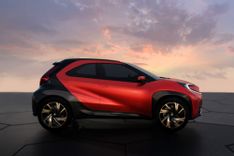 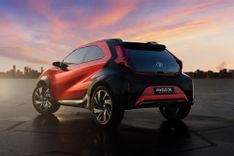 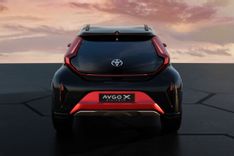 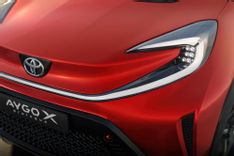 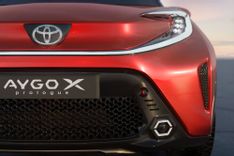 Toyota is on a mission, and that mission is to change what an A-segment vehicle can be. Yes, located near Nice on the French Côte d’Azur, ED² is Toyota’s European Design studio, is what could be the most stylish small vehicle you have ever seen. Introducing the stunning new Aygo X prologue, Toyota’s way of changing people’s perspective of what an entry-point vehicle design could be.

The Agyo has been around since 2005 and has charmed its way into the youth and young adults. Ken Billes, Assistant Chief Designer ED². says “With the Aygo X prologue, I believe we’ve demonstrated that a small car can still be big and bold in personality”. This new design is aimed at a more style-conscious audience, the Agyo’s DNA will carry on but this time with more flair and character. The team behind the Agyo X prologue’s design will be ED².

In terms of the design, everything from the front, rear, and side screams mischievousness. At the front, the new wedged roofline has been increased creating a sportier but youthful look. Its large grille seems to appear lower to the ground and features fog lamps and a skid plate. The rear skid plate will house a bicycle-holder mount, meaning that the Agyo X prologue was made for adventures too. Lastly, it will come featured with an integrated roof rack which further underlines its stunning design. The ED² team has further chosen to give the Agyo X prologue its own colours. Calling it “Sparkling Chilli Red”, this one-of-a-kind red will take colour balancing to a whole new level, as it gets blue metallic flakes sprinkled into its paint mix.

Ian Cartabiano, President ED², added “Everybody deserves a cool car. When I look at the Aygo X prologue, I’m really proud to say the ED² Team created exactly that. I’m excited to see it revolutionizing the segment”.

The Aygo X prologue has not been given an official release, but many have speculated that we may see this beautifully designed vehicle somewhere around next year. More details will be revealed in due time.