THE LEGEND IS BACK - Toyota GR Supra 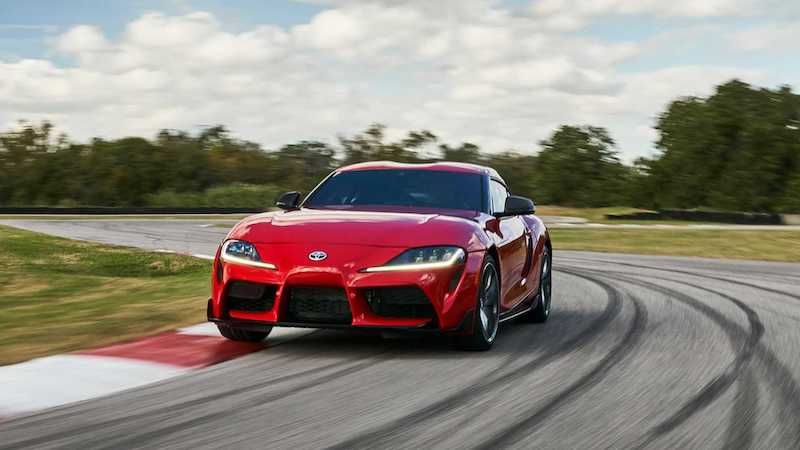 After a 17 year absence, Toyota’s most iconic nameplate is back, and it’s better than ever

After an incredibly long wait, and the longest teaser campaign in known history, the most eagerly awaited car of 2019 is finally here! Toyota fans, Fast and Furious fans, and true sports car enthusiasts, rejoice: The Supra is back.

The new Supra – now called the Toyota GR Supra - draws heavy inspiration from the 2014 FT-1 Concept car, and while it looks little like its predecessor, the new Supra is aiming to chart a new path for itself, and the future of Toyota design. Much has been made of its co-development with BMW, and while it shares its platform, powertrain and some switchgear, this sports coupe is very much a Toyota. The fact that Toyota brought back the Supra nameplate, after 17 years certainly deserves an applause. And much like its predecessors, thankfully, it shares the same classic sports car format of a powerful front-mounted six-cylinder engine and rear-wheel drive.

The Supra – much like the BMW Z4 – uses the highly-rated BMW B58 powertrain. Despite being designed and built by BMW, this engine has been tuned specifically for use in the Supra, and is said to behave very differently to the motor in the Z4. In fact, the twin-scroll turbocharged 3.0-litre inline-six produces 250kw and 500nm in the Supra, while it makes 285kw and 500nm in the Z4.

Together with the 3.0-litre engine, Japanese variants of the GR Supra will be offered with a choice of two 2.0-litre four-cylinder turbocharged engines. The entry-level SZ variant will produce 145kw and 320nm, while the SZ-R mid-model outputs 190kw and 400nm. The RZ sits up top and produces 250kw and 500nm. All JDM models are being offered exclusively with an eight-speed transmission.

In fact at launch, the Supra will be available only with an eight-speed automatic transmission. But a manual is planned for some markets – including South Africa. Toyota estimates this new Supra will sprint to 100kph in just 4.3 seconds, thanks to launch control, while maximum speed is electronically limited to just 250kph. This puts its straight-line performance on par with rivals from BMW and Porsche. Aside from having a lower centre of gravity than the GT86 Coupe, the GR Supra boasts a higher structural rigidity than that of the Lexus LFA supercar.

At the rear is a five-link rear setup, but up front, there's a unique double-joint spring MacPherson strut setup. All versions of the Supra will come standard with an active differential and adaptive variable suspension that will have two settings: Normal and Sport. This differential operates both when accelerating and decelerating and can adjust from zero to full, 100 per cent locked virtually instantly. A dedicated ECU monitors a wide range of inputs, including steering wheel, throttle and brake pedal operation, engine speed and yaw rate, for appropriate triggering of the actuator.