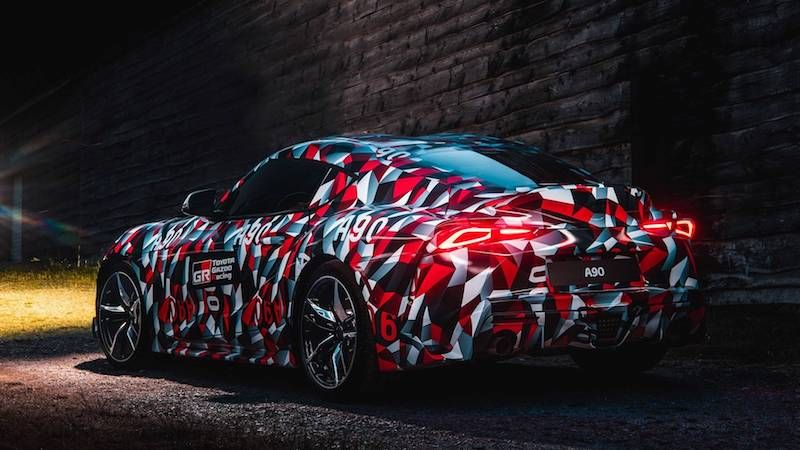 The legend has officially been reborn. After being teased for years, Toyota officially showed off its new Supra – albeit a camouflaged near production prototype.

The car was unveiled at the Goodwood Festival of Speed yesterday, where it was piloted up the famous hillclimb by chief engineer Tetsuya Tada and test driver Herwig Daenens – much to the joy of petrol heads around the world.

As we know, the Supra and the new Z4 have been jointly developed by Toyota and BMW, with both sharing their underpinnings and powertrains. While Toyota has been coy on the outputs, we know it will utilize a 3.0-litre turbocharged inline-6 – which is shared with the BMW M240i – but in a different state of tune. Guesstimates suggest it will produce between 260 and 285kw, which should allow the lightweight Supra to sprint from 0-100kph in around 4.0 seconds – enough to rival a Porsche 911 in a sprint race. A more powerful GRMN version will eventually join the range, as confirmed by Chief Engineer Tetsuya Tada.

The new Supra – dubbed A90 internally – is scheduled to debut before the end of 2018, before going on sale internationally in early 2019. And yes, Toyota SA have confirmed its coming to South Africa in the first half of next year.