New Toyota Hilux gets more advanced than ever 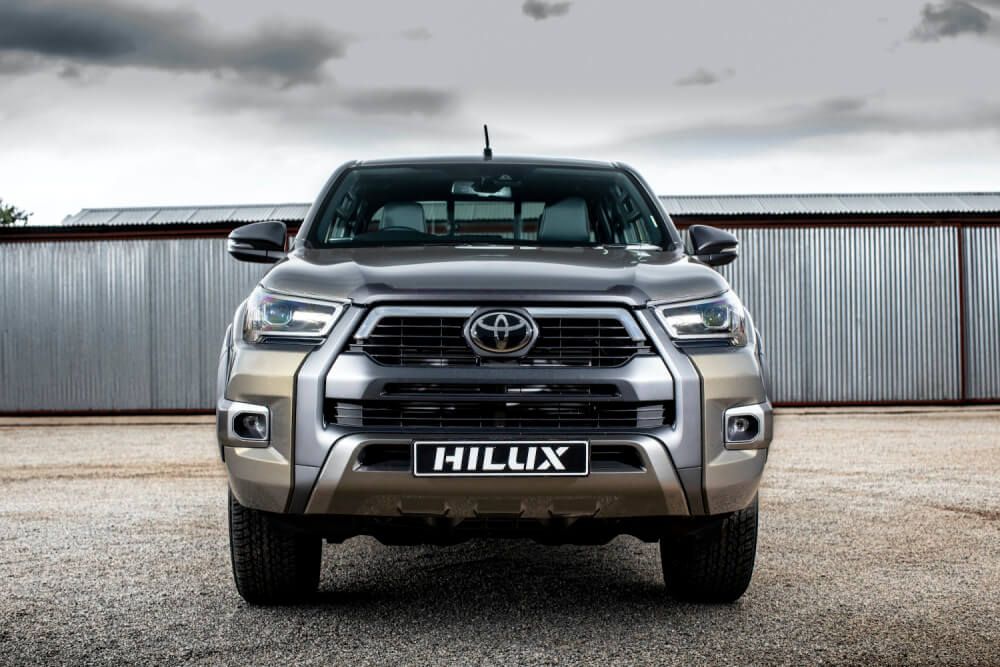 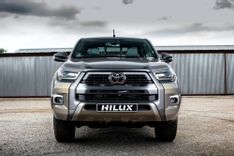 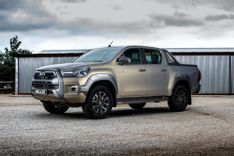 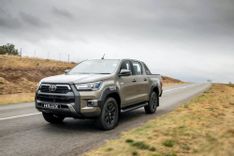 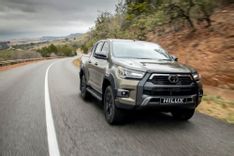 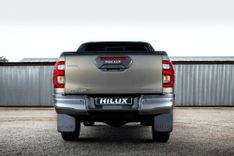 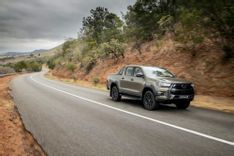 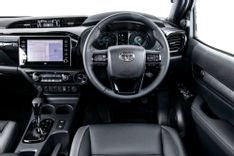 New Toyota Hilux gets more advanced than ever

The Toyota Hilux is perhaps one of the most prestigious bakkies in South Africa, it has been in the market for over 51 years and has sold over one million units.  In 2016, Toyota announced that they would be making the Hilux more advanced, by introducing the 8th generation Hilux. Now in 2020, via a virtual launch, Toyota has announced that it will be launching a new Toyota Hilux, promising to be tougher and more powerful.

Toyota has made some necessary changes to meet the market demands and has made it clear that they aim to regain the number one spot in the market with the new Hilux. Their competitors obviously being the Ford Ranger, VW Amarok, and Isuzu Dmax. In terms of the model line-up, the S and SR models will continue as before, while the ‘mid-range’ SRX will be replaced by the Raider, this is because the Raider has become Toyota’s core model. While Toyota’s latest establishment ‘Legend’ will join this new Hilux range.

On the exterior there are some noticeable changes to the front, as it features new slim-line headlamps, with an all-new front-grille and bumper design. This new styling gives the Hilux a more modern and tougher appearance than before. Other additional features on the exterior for each model include:

The Legend range is expected to raise the bar for Hilux. On the outside features a trapezoidal grille which is outlined in black, it is integrated with the front bumper as well as a bonnet protector as well as a skid plate, it also features dark-plated headlamp inserts and a centred chrome inlay.

An optional ‘RS’ accessory package will only be offered on Legend-grade models, this will include a motorised roller shutter, graphite-coloured sports bar, rubberised bedliner, assisted tailgate with central-locking function and dust-defence kit.

The new Hilux range will be available in nine exterior colours, this will include the new Oxide Bronze and Pearl White, which is a first for Hilux. Well an Attitude Black colour will be exclusively available on the 2.8 GD-6 4x4 Legend.

In terms of what each derivative will be riding on, the Raider models will be returning to a 17-inch alloy wheel in Dark Grey metallic finish with 265-65-R17 rubber. While the Legend models will now be equipped with new rugged, two-tone 18-inch alloy wheels with a machined surface and darkened centre caps. All the other models will keep the existing ‘footwear’.

When it comes to power and performance, the new Hilux has seen some significant changes as the 2.8 GD-6 engine (Auto) will now be delivering 150kW and 500Nm. Toyota has improved the fuel economy; this was done by adopting a larger turbocharger and a new common-rail injection system. Toyota has also reduced the number of manual models. The Legend 4x4 Auto promises to deliver a driving experience like no other, as the six-speed automatic transmission allows improved acceleration, especially while towing. The 2.4 GD-6 4x4 will be able to tow up to 3.5 tons, matching that of the 2.8 GD-6 4x4.

The inside of the new Raider variants will have a more premium feel, as it includes a new instrument cluster design that will feature metallic inserts, a notched outer ring and metallic bezel. The 8-inch infotainment system will also now incorporate a floating screen-design.

The inside of the Legend variants will receive a special interior treatment as it will come with a unique accent treatment to the instrument cluster, interior trim panels, switchgear, and gear lever. Cool, blue door illumination complements the perforated leather upholstery and black roof lining.

Both the Raider and Legend models will feature an all-new 8-inch infotainment system that comes with Apple CarPlay and Android Auto, allowing passengers to mirror applications off their mobile phones. Google Maps and Waze will also be included, and passengers will be able to access their music libraries and streaming accounts via Apple Music, JOOX, Spotify and SoundCloud. Other features include wireless calling which is done via Bluetooth with a USB input for additional media options.

All Hilux models will be equipped with the latest Toyota Connect telematics system, this comes with an in-car Wi-Fi hotspot as well as a complimentary 15Gb data.

The S-grade will feature an emergency brake signal while the SR-grade will receive a Limited Slip Differential (LSD) and Variable Flow Control power steering.

Raider models will keep the same specification level, while the 2.4 GD-6 variants will feature an additional side and curtain airbags. LED fog lamps enlarged Multi-Information Display (MID) and Park Distance Control (PDC) will be fitted with the Raider, as well as Bi-LED main beam headlamps.

The Legend-grade range does however range supreme as it comes a few additional features this includes an Electrochromatic rear view mirror. The Double-cab 4x4 models will have a leather interior trim, electrically adjustable front seats, a 9-speaker audio system with dash-mounted speakers, keyless entry and push-button start.

Toyota has also announced that MyToyota will now be available for mobile and desktop. MyToyota is an easy to use app that helps give Toyota owners and enthusiasts a platform to get to the latest news, update, press kits, video, and images of Toyota products. The great thing about this is that if there are any changes or updates Toyota will immediately email you to notify you about them.