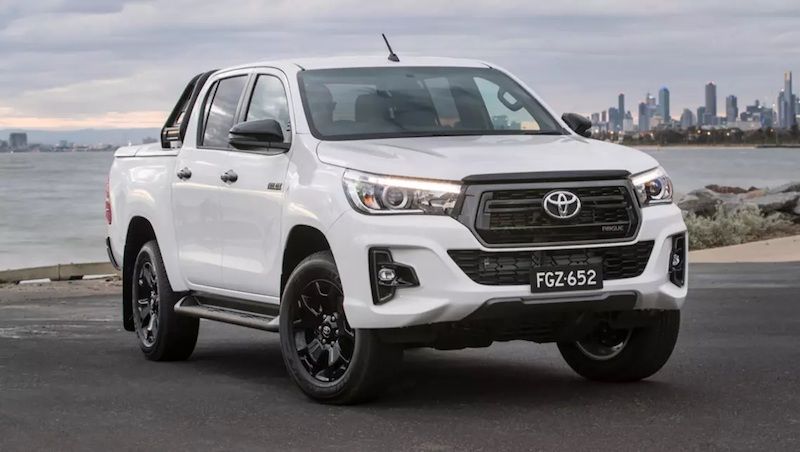 Toyota is readying a special edition Hilux that is set to join their Hilux line-up in the coming weeks.

The new model is called the Toyota Hilux Dakar Edition, and commemorates the Japanese automaker’s participation in this year’s Dakar Rally in South America – the 40th running of the grueling race.

The biggest change with the Dakar is up front. It sports the face as seen on the Australian specification Hilux Rogue (as seen in the picture). Toyota says this sportier Tacoma-like front end will be rolled out to the entire Hilux range in due time – but stopped short of confirming when exactly this would happen.

Other changes include the grill, side mirrors, door handles and other trimmings benefiting from new black touches, while Dakar decals on the lower section of the doors and rear tailgate adorn the new model. It does however ride on the on the same 18-inch wheels as the Raider Black. The interior should be similar to other high specification Hiluxs, finished in leather.

Toyota SA has yet to release pricing for the Hilux Dakar.