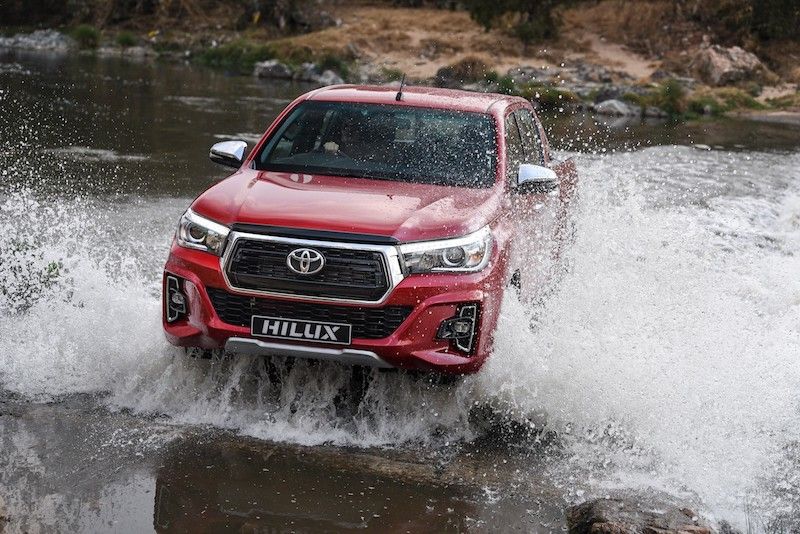 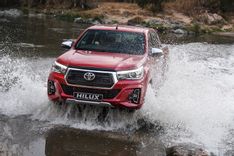 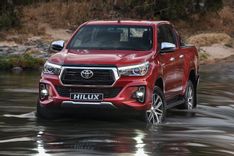 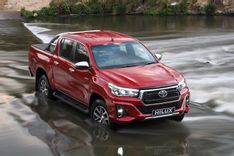 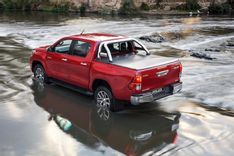 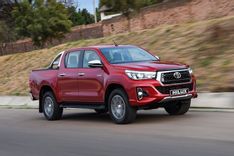 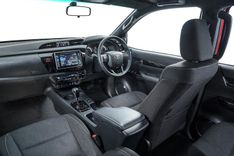 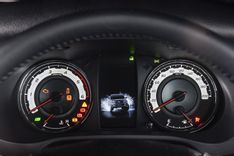 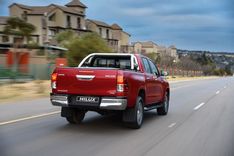 The recently launched Hilux Dakar Limited Edition debuted a fresh new face for the Hilux in South Africa, and now Toyota SA has rolled out that bold new face for the rest of the range. Together with its more defined front-end, Toyota has also added new derivatives catering to both utility and convenience-minded customers.

While the Dakar Limited Edition is burning up the sales charts, the SRX model gains the same ‘blacked out’ theme as the Dakar – in the form of a black grill, side mirrors and side steps. New to the SRX is a new touchscreen infotainment system that incorporates a reverse camera for added convenience. SRX models continue to offer a practical blend of work and leisure spec: rugged 17” alloy wheels using 265/70R17 tyres, remote central locking with auto door lock, power windows, fog lamps, air-conditioning, durable fabric interior trim, multi-information display, tilt-and-telescopic steering and multiple storage binnacles are all part of the standard menu. The airbag complement consists of driver, passenger and driver knee bag. Vehicle Stability Control (VSC), Traction Control (TRC), Trailer Sway Control (TSC) ABS, EBD and Brake Assist all form part of the standard package. The responsive 2.4-litre GD-6 motor powers SRX-badged ‘bakkies’, delivering 110kW at 3,400rpm and 400nm between 1,600 and 2,000rpm, while six-speed transmissions are utilised in both manual and automatic arrangement.

The flagship Raider range have also been given the treatment, but these gain a more upmarket look in the form of chrome touches throughout the exterior. The chrome-effect front grill supplements the power-retractable chrome exterior mirrors and door handles. Full LED headlamps with distinctive LED Daytime Running Light (DRL) bands complete the front view. The interior has also been updated to the exact specification of the Dakar, meaning a new full black interior, complete with black headliner and metallic-black interior trim accents is on offer. The infotainment system now includes Satellite Navigation and DVD-playback compatibility.

Much to the chagrin of Dakar owners though, Toyota SA has now made the Dakar’s unique Inferno Orange metallic exterior paint available across the entire range. Toyota have also added a number of new utility-focused derivatives to the Hilux range across all three bodystyles - in an effort to best serve its diverse customer base. New ‘S’ and ‘SR’ models, offering entry-level specification have been added.

And while Toyota has freshened up the Hilux, they used the opportunity to upgrade the infotainment system on the Fortuner too. The 2.7 VVTi and 2.4 GD-6 variants inherit the touchscreen audio system previously employed on 2.8 GD-6 models – offering full touch operation, a reverse camera, USB, Bluetooth and CD interfaces. The 2.8 GD-6 and V6 variants receive an upgrade to the Audio Visual Navigation (AVN) system, incorporating Satellite Navigation and DVD-playback capability. Aside from the infotainment upgrade, the model line-up and other specification levels remain unaltered.

Also important to note is that all Hilux models come with a 3-year/100 000 km warranty. A 9-services/90 000 km service plan is standard on all models. Customers can also purchase extended service plans via their Toyota dealer.

The further consolidate the Hilux brands strength locally, it has been crowned South Africa’s most popular new vehicle for the eighth consecutive time in 2018. Amassing a total of 3 366 units in the month of August and 26 581 year-to-date, the Hilux is now 6 468 units ahead of its nearest competitor with some four months to go before year-end. The mighty Hilux accounted for more than 30% of the automaker’s overall vehicle sales as well as more than half the Toyota Light Commercial Vehicle (LCV) total sales.