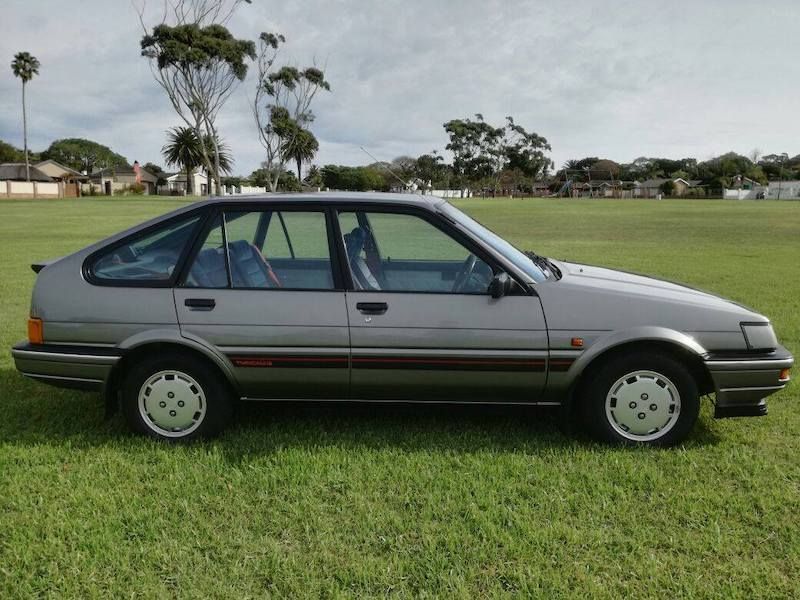 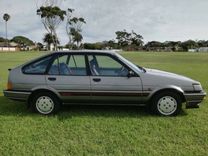 Building a follow up to the sporty Corolla TRD 1.8 Liftback was no easy feat. The Corolla TRD, was priced at a shade under R12000 in 1983, and with 86kw available, it was a performance bargain. While the Liftback was rear-wheel drive, Toyota’s switch to the E80 platform in 1983, brought front-wheel and with it, a longer wheelbase, meaning a more spacious cabin.

With the new E80 Corolla range, Toyota needed a performance orientated model, and actually brought three performance Corolla based variants – namely the Conquest RSi, the Sprinter GLi and lastly the Avante GLi. The Avante GLi actually topped the Corolla range in terms of price, even though it was the most ‘family focussed’, with its liftback styling.

While the regular 1.6-litre Avante made do with just 62kw, the GLi had something special under the hood. Powering the RSi, and GLi siblings was the same high revving 1.6-litre 4A-GE Twincam motor. The 4-cylinder powerplant featured T-VIS (Toyota Variable Induction System) technology, which was basically Toyota’s then latest tech which improved low-end torque by changing the geometry of the intake manifold according to the engine rotation speed.

The system used two separate intake runners per cylinder, one being equipped with a butterfly valve that could either open or close the runner. All valves were attached to a common shaft which was rotated by a vacuum actuator outside the manifold. Output stood at an impressive 86kw and 141nm, and the 16V motor was paired exclusively with a 5-speed manual gearbox.

The Avante GLi matched the sportier Conquest RSi’s 0-100kph sprint time of 9.33 seconds, with 9.38 seconds, while it was 9kph faster than the Sprinter GLi that maxed out at 186kph – because of superior aerodynamics. It was even quicker than more expensive rivals like the Ford Sierra 3000GLX and the Volkswagen Jetta CLi.

Much like its brethren, it shared the same racy interior appointments, namely its brilliant sport seats up front, a leather-wrapped sport steering, a leather shifter, and a tachometer redlined at a dizzy 7,600rpm. Just like the RSi, it was a great ‘point and shoot’ car, thanks to its precise steering, brilliant chassis and independent suspension all round.

South Africa did however lose out on the rear-wheel driven ‘AE-86’ Corolla, which is widely regarded as one of the most iconic drift cars ever made. Sadly, many mistake this car for the Avante. The Avante GLi, priced at R22 275 when it launched in 1985, was the thinking man’s performance car. It brought a stonking free-revving motor, a relatively luxurious spec and typical Toyota reliability into a finely packaged family sportback.