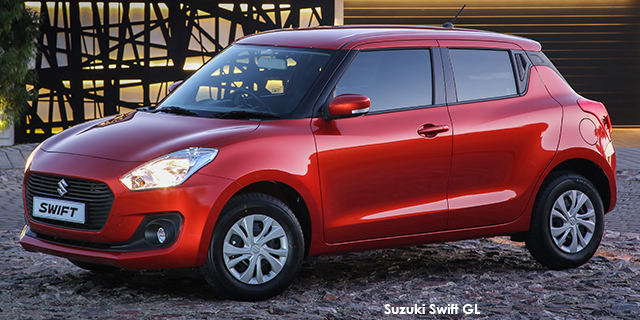 After an extended four-week long test, we didn’t want to part with the keys to the Swift

Perhaps we haven’t said this a dozen times already, but we are huge fans of the diminutive Suzuki Swift. The latest generation crept its way into our hearts when it debuted locally last June, and when Suzuki rung us up and offered us a Swift for the December vacation, it really was the nicest Christmas present we could have hoped for.

With the Swift sold in almost 160 countries around the world, and over 6 million Swifts finding homes; it’s not too difficult to understand why this supermini is so loved. Aside from winning over 60 international awards since its global debut in 2017, the Swift has even gone on to be listed as a finalist in the SA Car of the Year 2019 competition. Equally interesting is the news that Suzuki is one of very few automakers that are experiencing constant growth. This is clearly attributable to quality product that the automaker is putting out. Case in point, Suzuki South Africa posting record-breaking sales figures for 2018, with 2019 looking to further build on that.

Whichever way you look at it, you have to admit that the new Swift is quite an attractive little car. Compared to the econobox model it replaces, the new Swift struts it stuff with a large Jaguar-esque grill up front, and prominent recesses around the front fogs giving it a distinctive face. Its curvy rear gets newly designed LED tail lights, a new boot and a reprofiled roof spoiler. Its most avant-garde design trait would have to be its rear door handles, which have been incorporated into the blackened C-pillar, with the coup de grâce being its floating roof design.

Dimensionally, the new Swift measures in at 3840mm long, 1735mm wide, and stands 1530mm tall. Interestingly, despite being 10mm shorter than the third-generation, it is in fact 40mm wider. The height is constant, but the wheelbase – now at 2450mm – is 20mm more than its predecessor, translating to a more spacious and roomy cabin.

The interior is all new too. It might not scream out the way the Ignis does, but it is more driver focused than that of the larger Baleno. Ergonomics are good, with the centre console slightly tilted towards the driver further highlighting the driver focused nature of the Swift. The dash is well laid out, with all instruments easy to read and use. As an ode to Suzuki’s iconic Hayabusa, the Swift’s instrument cluster drew inspiration from the legendary hyperbike. The 6 ‘o clock position of the tachometer and speedometer, the font and the layout are very similar to Suzuki’s flagship motorcycle.

There is a meaty multi-function steering that is three-spoke in design, which falls nicely to hand, with controls for Bluetooth and the entertainment system volume mounted on the wheel. The interior is a fairly sombre affair, thanks to its all-black design, but this keeps in line with the sporty image of the Swift. The interior is kitted out too, fitted with an on-board computer, an air conditioner and two airbags as standard across the range. ABS with EBD, and ISOFIX seat mounting points also feature as no-cost options on all models.

The Swift shares its powertrain with its big-booted DZire sibling. There is just one engine on offer – a free-revving naturally-aspirated 1.2-litre four-cylinder petrol engine that produces a steady 61kw and 113nm. The motor is paired with a slick-shifting five-speed manual, with power sent to the front wheels. That said, we would caution you to scoff at those figures because in an 875kg body, it certainly has enough grunt to bring a smile to your face.

But how? You’re taking about just 61 kilowatts here, you ask. The key to that is that the Swift is built on Suzuki’s new lightweight 'HEARTECT' platform - the very same platform that unpins the Ignis and Baleno. This platform has allowed for improved rigidity and noticeable weight savings, over its predecessor. Suspension wise, it continues to use McPherson struts up front and a torsion beam at the rear.

While a 0-100kph sprint of 12 seconds and a top speed of 170kph is anything but a ball of fire, find yourself a twisty strip of tarmac, and you will watch the little Swift come alive and streak away from its rivals. Much like its predecessor, it is light on its feet, and agile. The turning circle of just 9.6m makes it the perfect city car. But out on the open road, there is loads of natural grip, and body roll is easily controllable – meaning the driving experience offers plenty of fun, considering its modest outputs.

But the gains aren’t solely confined to on-road performance. Thanks to its lightweight frame - 85kgs less than its predecessor – there are also significant gains to be had regarding fuel economy, with the Swift lauded as one of the most fuel efficient cars currently on sale in South Africa. During our test – over nearly 3,000km – we achieved an incredible average consumption of 5.1L/100kms, which makes it more economical than many more expensive hybrids and diesel vehicles.

However, if you are after something with an even bigger grin-inducing factor, we should let you know that Suzuki’s spicy Swift Sport will be arriving in Msanzi just before the middle of 2019. Unlike the naturally-aspirated 1.6-litre model it replaces, it mates a turbocharged 1.4-litre motor paired with a 6-speed manual transmission to produce 103kw and 230nm – significantly more than the previous SSS’ 100kw and 160nm outputs. The result is a torque-to-weight ratio that is likely to send many more-established warm hatches scurrying for the hills.

It’s hard not to love the Suzuki Swift. It’s a thoroughly engaging supermini in a sea of bores. Thanks to its willing engine, sure-footed handling and pin-sharp steering, the Swift opposes any power deficit labelled at it and brings smiles by the mile to its driver. Its spacious too, offers a comprehensive range of standard equipment for its price and looks pretty good. It might be a bold stance, but we would go out on a limb and say that sub R200K, there is quite frankly nothing on the market that can rival the Swift as a complete package.