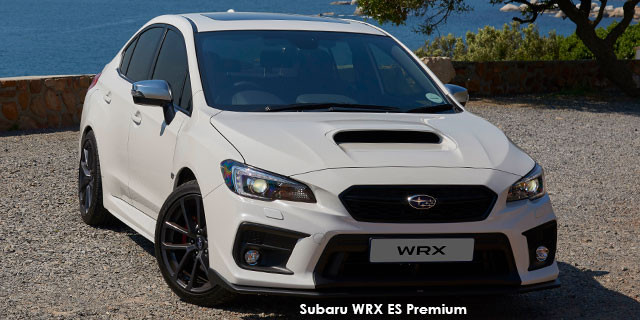 Does the latest WRX have what it takes to return Subaru to its former glory?

Very few automakers can excite enthusiasts the way Subaru can. Not only did they change the face of rallying in the 90s, Subaru compounded it by releasing some truly special – and rare – rally-derived creations that went on to become cult classics. If that wasn’t enough, their entire roster of performance cars were immortalised in video games like the Gran Turismo series.

But the world has changed, and cars have evolved; and people aren’t being drawn towards Japanese performance sedans like they were two decades ago. Times have certainly changed, because most people after a compact performance car are likely to choose something of European origin. Not only are these cars easily available, but they are more affordable in cases and offer more technology than their Japanese rivals.

While Subaru’s old foe Mitsubishi has retired their Lancer Evolution nameplate, Subaru still manufactures the WRX and WRX STI, in to bid to appease their loyalists. And whereas the WRX STI competes at the sharper end of the hot-hatch-cum-compact car market, the WRX goes up against cars like the Renault Megane RS 280, the Honda Civic Type-R and the exceptional Golf GTI.

Make no bones about it, the latest WRX is a great car, but its biggest downfall is its price. The six-speed manual WRX is priced from R581 400, whereas the CVT-equipped WRX ‘ES-spec’ carries a price tag of R631 400 – almost R60 000 more than the more powerful Megane RS. But it is important to remember, that unlike the WRX’s of yesteryear, this model is far more luxurious and even has something very unique under its vented bonnet.

This model is the first of the WRX lineage to deviate from the infamous EJ-series engine. It uses a new 2.0-litre FA20F engine, which has direct injection and a twin-scroll turbocharger. On all previous WRXs the turbocharger was located near the right-hand side of the firewall, close to the third cylinder. With the FA20F, Subaru fitted the turbocharger at the front of the car, close to the serpentine accessory belts.

There is a robust aluminium skid plate that protects the underside of the turbocharger. Mounting the turbo lower in the engine bay helps reduce the car's center of gravity to 500mm. The FA20's high compression ratio of 10.6:1 combined with its 68° intake and 54° exhaust cam phasing range allow it to produce excellent off-boost efficiency as well as a wide torque peak. It might not have the unique characteristic gargle we have come to love from Subaru, but the latest WRX CVT does have its own unique sound that isn’t unpleasant in the least.

Behind the wheel, the most noticeable difference between the EJ and FA engines is the latter's broader torque curve. The 2.0-litre FA20F flat-four produces a 197kw at 5,600rpm and peak torque of 350nm between a 2,400 and 5,200rpm. By comparison, the high-output EJ257 used in the WRX STI produces 221kw and 407nm. But unlike the WRX STI, the 1.5 ton WRX is available with either a six-speed manual or a CVT with paddle shifters, which equate to 0-100kph in 6.0 and 6.3 seconds respectively. Top speed though is pegged at 240kph for both derivatives. It’s thirsty though, as we managed an average fuel consumption of 11.5L/100kms during our test.

But unlike many of Subaru’s rivals, the WRX features Subaru’s legendary Symmetrical All-wheel drive system which guarantees traction in all situations. Dubbed SAWD, it always sends power to all-four wheels, all of the time. This is in stark contrast to many cars that use a Haldex based system that is predominantly front-wheel drive but shifts power to the rear when there is a loss of traction. But drivetrain aside, the biggest performance gains come from the WRX’s redesigned chassis. Structural stiffness and spring rates are up 40 to 60 percent, not only improving road holding and overall handling, but by ensuring a tougher and safer cabin.

Not that it abandons its boy-racer image, but this is a grown-up WRX – and specification is very much the name of the game here. As you pop the door and make yourself comfortable in the 8-way power adjustable driver’s seat, you will immediately notice the leather covered sport seats, as well as leather wrapped gear level, handbrake and steering wheel, the latter having a red stitch effect. Other nifty additions include keyless entry and a start button, dual-zone climate control, a tilt-adjustable and telescopic steering wheel, and paddle shifters.

The WRX also gains a 7-inch touchscreen infotainment system with Apple Carplay and Android Auto compatibility, as well as a 440W Harmon-Kardon sound system that comprises seven speakers and a built-in amplifier. There is satellite navigation too, as well as a 5.9-inch display that shows precisely how much of boost you are using. The system also features Voice recognition, Siri Eyes Free and a pair of AUX input and USB ports. Specification aside, and despite being spacious, many have labelled the WRX’s interior and dashboard layout as dated, although this is largely subjective.

Subaru has really been pushing the envelope in recent years with some innovative safety technologies that are very much ahead of the curve, and this is clearly evident in the WRX Premium. This model features a safety package that consists of Eye-sight pre-collision braking, adaptive cruise control, lane departure and sway warning, pre-collision throttle management, high-beam assist, Blind spot monitoring, a front and rear camera, LED DRLs, and no less than seven airbags. All of this conspire to make the WRX one of the safest cars on the road today.

Another great aspect about the WRX is that it can never be mistaken for another car on the road. It actually garnered a lot of respect on the road too, and a nod shared between passing drivers confirmed you were driving something special. There might be an all-new model on the way next year, but the WRX still cuts a modern shape. Muscular it may be, it shows off with bulging arches front and rear, aggressively offset 18-inch sport wheels, the trademark Subaru bonnet scoop, and a meaty diffuser housing chrome quad-pipes. There’s no big wing out back, because that piece of kit is reserved for the flagship WRX STI. As a result, the rear appears very boxy, but thanks to the squared off rear, Subaru engineers have gifted the bootylicious WRX with an impressive luggage capacity of 460 litres!

It might not be class-leading quick, but the WRX is a genuinely good vehicle that doubles just great as a long-distance family cruiser as well as a track-day toy. Combined with an extensive list of specification and a 5-year/150 000km warranty, it’s not hard to see why the WRX is priced as it is. It might appear an odd-ball choice for some, but factor in the rarity of these latest-generation WRX’s as well as its true Jekyll and Hyde personality and you have a car that is quite the diamond in the rough. Notwithstanding some minor aspects, the WRX is a compact car that is fighting very hard to restore the enthusiast’s faith in Subaru, and I assure you, if you drive one, you will have a new-found love affair with the WRX.

Buy a new or used Subaru WRX at a great price.
We put you back in control, make a single request and get up to 3 quotes from dealers nationally.
Coming soon