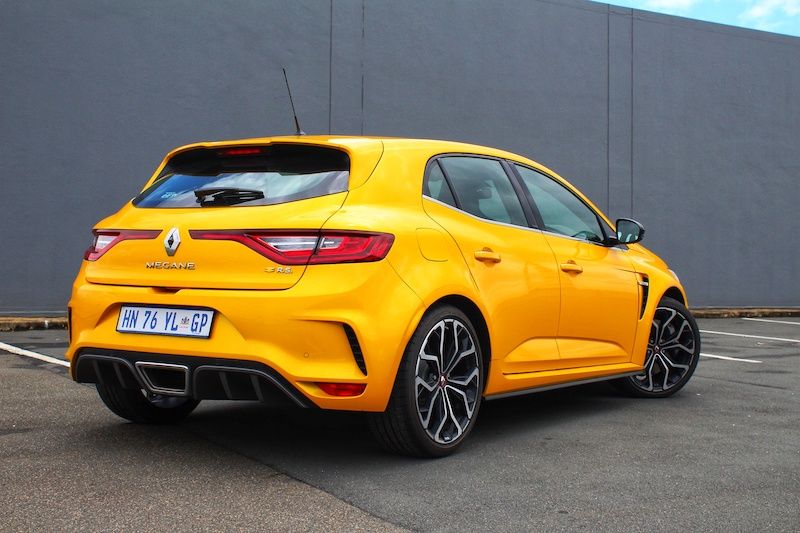 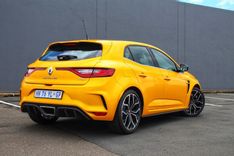 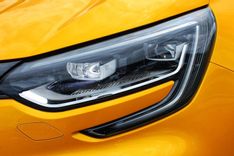 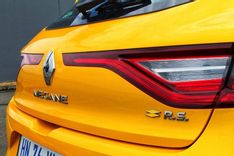 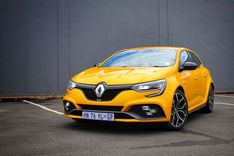 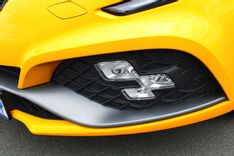 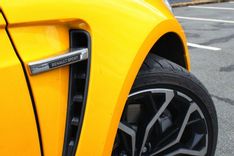 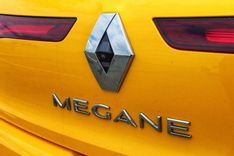 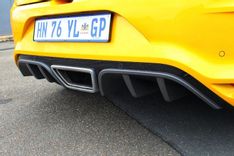 The third-generation of the Megane RS was renowned the world over as easily of the greatest hot hatches ever created. Aside from boasting numerous lap records on some of the world’s most legendary race tracks, the RS was also an extremely focused, highly tuned driver’s car. But that brilliance weighs rather heavily on the shoulders of the latest Megane RS, the new RS280.

Launched locally earlier this year, the latest Megane RS is quite a departure from its predecessor. The most immediate difference is that the Mk4 drops the low slung 3-door body style of the Mk3, in favour of a more conventional 5-door layout. The reason behind this is simple. Whereas the Mk3 was sporty, it was not practical, which meant it catered to a very niche market. With the Mk4, Renault is opening the new RS up to a whole new target market, which it hopes will yield increased benefit.

Another area that has had hardcore Renault Sport fans crying foul, is that unlike hot Meganes before it, the Mk4 uses a four-cylinder turbocharged 1.8-litre powerplant in favour of a turbocharged 2.0-litre. The motor – shared with the Alpine A110 sports car – produces an impressive 205kw of power at 6,000rpm and 390nm of torque between 2,400 and 5,000rpm, and outpowers the old F4RT’s best efforts of 201kw and 360nm. Renault Sport attribute the bump in power over the 185kw A110 due to extensive reworking on the cylinder head, air intake and exhaust, and a faster acting twin scroll turbocharger.

Things have also changed regarding its transmission. For the first time ever, the Megane RS is offered with an automatic transmission - 6-speed dual-clutch automatic to be exact. This transmission is fitted as standard in the RS280 LUX, whilst the racier RS280 CUP is offered solely with a 6-speed manual. Renault figured this was the easiest way to ensure the Megane RS stays true to its roots of being a drivers' car, whilst embracing current trends and offering an autobox. And no, you can’t order the LUX with a manual transmission or the CUP with the EDC transmission.

With the EDC, gears are operated in "manual" mode either by the conventional shifter, or via paddle mounted shifters mounted on the stalk of the steering wheel - just like in the Clio RS. And just like in the Clio RS, the Megane RS now gets a launch control function for lightning quick getaways, as well as the new 'Multi-Change Down' technology, for fast sequential down-changing that allows drivers to downshift several gears in quick succession, under braking. With launch control activated, the new Megane RS will run the benchmark 0-100kph sprint in just 5.8 seconds – slightly quicker than the RS275's effort of 6 seconds.

But while RS fans might bemoan the more conventional body shape and the smaller motor, they cannot disregard the incredible amount of tech under the Mk4’s skin. For the first time ever in this segment, the RS280 debuts a four-wheel steering system – and its standard fitment too! The 4Control system, inherited from the Megane GT, makes the car even more nimble through tight turns and more stable when cornering at higher speeds. The system operates by turning the rear wheels in the opposite direction to the fronts (up to a maximum angle of 2.7 degrees) and lower speeds to increase agility, before pointing the same way as the fronts to boost high-speed agility and stability. The switchover point is set at 60kph, and this is increased to 100kph in Race mode.

The suspension setup also differs immensely from the dated Mk3. Front and rear hydraulic compression stops, a technology derived from the world of motor sport, provide additional damping and eliminate the effects of rebound. Whereas the Mk3 was incredibly firm and sometimes brutally uncomfortable, the Mk4 is a breeze as a daily, thanks to these variable damper settings. As before, there are Brembo calipers paired with 355mm front discs ensuring formidable stopping power, be it on track or the street.

Compared to the regular Megane models, the new 5-door RS really stands out through its specific proportions. In addition to the bespoke lines of its flanks, including a wider track which have been extended by 60mm and 45mm at the front and rear respectively compared with Megane GT. Meanwhile, its overall width has also been increased and the optional 19-inch wheels have been designed to provide a better stance and further enhance cornering performance.

At the front-end, chequered-flag-style LED daytime running lights – as seen on the racy Clio RS.18 and RS.16 Concept car – complement the F1-style aerodynamic blade running across bumper’s width. While the rear end is highlighted by a chunky bumper featuring the model's signature trapezoidal central exhaust tailpipe within a diffuser - much like the RS275. At a time when automakers are accused of using styling traits pinched from other automakers, the new Megane RS boldly flaunts its unique look, something we have come to appreciate about the Megane range over the years.

The interior is also a far more comfortable place than before, with generous touches of Alcantara as well as faux carbon-fibre for added effect. Red stitching also adds to the quality feel of the cabin. The dash is dominated by the same somewhat awkwardly placed 8.7-inch R-Link 2 touchscreen we have seen in the lesser Megane models. However, In the Megane RS, it is equipped with a Multi-sense mode that offers five driving modes (Comfort, Normal, Sport, Race and Perso) that tailor the car’s steering, throttle and transmission setup accordingly. There is also an RS Drive button which provides a shortcut to Sport and Race modes.

Another area of the car that has benefited from a thorough overhaul is the RS Monitor, which allows drivers to access data from their driving. As with the Clio you can see real-time performance data on the large 8.7-inch infotainment screen, but the sporty Megane takes the system up a notch with a number of new features. There's social media integration via the RS Replay function, which allows drivers to share their video and data on social media with other RS owners, as well as offering the driver the option to hookup a dashcam or smartphone to the RS Monitor and film exuberant driving spells, which he/she can download and view later.

But the drive is what everyone wants to know about. How does it compare to the Mk3? As a Megane RS265 Trophy owner, the Mk3 feels harder edged than the Mk4. It does ‘feel’ faster under full bore acceleration, but it is also lighter. That said, thanks to the EDC transmission in the LUX, it makes fast driving far more enjoyable. The ride is infinitely better, and the seats won’t have you running to a chiropractor at every opportunity. The Mk4 just feels far more grown up – in a good way. After all, evolution is the secret for the next step. The Mk4’s 4Control system does take getting used to though, because it will catch you out with some surprising oversteer if you aren’t paying attention.

The reality is, the latest technologies have made the RS280 a far more complete package than its predecessor ever was, and now – finally – a genuine rival to the Golf GTI. This isn’t in terms of performance, because the Megane RS has always beaten the GTI in that department. It is in terms of daily driver duties – the one area the hard Megane has previously struggled in. You could easily daily a Megane RS280, thanks to its subtle and comfortable seats; and then you have gobs of power too that will see off just about every hot hatch this side of Honda’s mighty Civic Type-R. But Renault Sport already has a plan in place to beat the Civic, as they have just released the 225kw Megane RS Trophy in Europe, and that is set to land in South Africa some time in 2019.

Renault South Africa has also just launched the ‘limited’ RS280 CUP, fitted with a 6-speed manual. This model is priced identically to the RS LUX at R549 900 representing incredible bang for your buck. In fact, speccing a GTI to the same level of specification in the RS will see you spend well over R615K for the Volkswagen. The new RS also comes standard with a 5-year/150 000km mechanical warranty and a 3-year/45 000km service plan.

Has Renault Sport done enough for the new Megane RS to step out of its predecessors’ rather daunting shadow? Indeed they have. Blessed with a refreshing new look, some stellar build quality, and loaded with some brilliant motorsport-derived tech, could this be the best buy in the hot hatch market right now? You betcha!

Buy a new or used Renault Megane at a great price.
We put you back in control, make a single request and get up to 3 quotes from dealers nationally.
Get Quotes