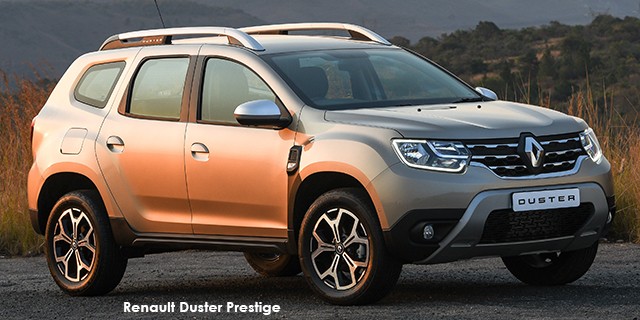 Could Renault’s attractive new Duster be one of the best buys in South Africa?

Since the Duster was launched back in 2013, it was a sales revelation for Renault South Africa, with the model range selling in excess of 15,000 units over its lifecycle. The crossover grew in credibility; becoming known as a well-priced, decently specced, and an impressively ‘capable SUV’.

The second-generation, which debuted locally late last year, has already been incredibly well received by ‘crossover-crazy’ South Africa. To put things into perspective, in just over six months of its release, a total of over 1,500 new Dusters have found their way into South Africans driveways. Fair to say, that Renault’s budget SUV is a firm favourite amongst Saffas.

It is important to remember, that despite riding on the same B0 platform as the first generation, as well as sharing much of its powertrains; this is an all-new model. However, it can be easily differentiated by a muscular new exterior and a far more modernized interior, which is itself a significant improvement over its predecessor.

Whereas the first generation was a little awkward looking, and not exactly pleasing on eye; the second generation retains its brutish character, but gains a sleeker and smoother look. You could even go as far as to call it ‘stylish’. Remember, this is a Duster after all – Renault’s pugnacious all-terrainer.

The front now sports Renault’s familiar family face, with it gaining a new grille, DRL-equipped headlights, a sharper belt line, new squared tail lights, and a larger scuff plates up front and at the rear. Combined with class-leading ground clearance of 210mm, the Duster features some new tech including a multi view camera, hill descent control and Blind Spot Detection, all of which combine to provide further ease of use whether you are navigating a tight parking space at the mall or blitzing up Sani Pass. There is only two airbags sadly, but it does have stability control, as well as ABS and EBD.

The interior - which can be optionally reupholstered in leather - has also been throughout refreshed. It is now more spacious than ever, and is a far more comfortable place than ever before. It does retain some hard plastics, but everything somehow works better together now. Renault tells us that the Duster boasts something that is called a ‘modular interior layout’, which can easily adapt to a family’s changing needs; with the rear bench seat featuring a 1/3 - 2/3 split-fold function, and a boot that records a loading capacity of up to 478 litres, and that further expands to over 1,600 litres with the rear seats dropped down.

The Duster in the ‘Prestige’ trim actually comes with a lot of kit. This includes automatic climate control, a start/stop button, black and silver roof bars, electric windows, Bluetooth, AUX and USB connections, cruise control, steering mounted controls for the audio system, stylish 17-inch alloy wheels, reverse parking sensors and touchscreen navigation. Admittedly the switchgear is pinched from various Renaults, but nonetheless, the cabin is a familiar and comfy place. One nifty addition in terms of convenience though, is that it now gains a hands-free key card. While one area of contention, was the amount of noise that filtered its way into the cabin, likely due to not enough of sound deadening.

The flagship ‘Prestige’ derivative is only available with one engine and transmission layout. It features Renault’s fantastic 1.5-litre turbodiesel four-cylinder, which produces 80kw and 250nm – identically the same amounts when it powered the first-generation Duster. It also retains its 6-speed dual-clutch EDC automatic gearbox, meaning it’s a perfect match to propel the 1.3 ton Duster. While the front-wheel Duster’s performance can best be described as ‘punchy’, it can still scamper from standstill to 100kph in 11.9 seconds; but let’s not forget that the Duster isn’t about drag races, it’s about exploring – and that means open-road driving.

Renault claim the Duster 1.5dCi will sip low sulphur diesel at a rate of 4.8 litres per 100kms. Which in turn means that, armed with a full tank of diesel (50l), it should have a range of just over 1,000kms. We decided to put the Duster to the test, tanked it up and set off on a road trip that would see us traverse all sorts of conditions and roads. At the end of the journey, we had covered just north of 2,500kms. And the average consumption we achieved? A brilliant 5.0 litres per 100kms! Which makes the diesel-powered Duster one of the most economical vehicles to be sold in South Africa.

Thanks to its raised driving position, visibility is great, but whilst the seats are nice and wide they don’t offer much in the way of support. Long-travel suspension and a soft set-up mean the Duster absorbs small bumps with greater composure. It isn’t meant to be pushed hard in corners; hence the body-roll in bends. But keep the Duster at a slower pace, and the ride is composed and comfortable. The steering might be a little slow to respond to inputs, but it has a reasonable amount of feel when turning into a corner, so you’ll always have a fair idea of how much grip you have.

Renault’s national dealer footprint is great – and growing, and all Dusters come standard with a 3-year/45 000km service plan and a 5-year/150 000km mechanical warranty. Backup aside, Renault has worked very hard to keep the Duster competitive, hence the massive difference in price from the entry-level 1.6 Expression priced at R255 900, to the 1.5dCi Prestige (seen here) priced at R340 900. This means that despite the base model featuring a fair amount of standard kit, the range-topper is loaded to the rafters with items that would be deemed ‘optional’ on the base. But that’s what the Prestige does best – it’s the perfect crossover in that it can offer much of what a family could want from an SUV, paired with the relative low-price and easy-of-use usually associated with a luxury hatchback, all while looking smart. After all, its sales figures speak for itself.

Buy a new or used Renault Duster at a great price.
We put you back in control, make a single request and get up to 3 quotes from dealers nationally.
Get Quotes