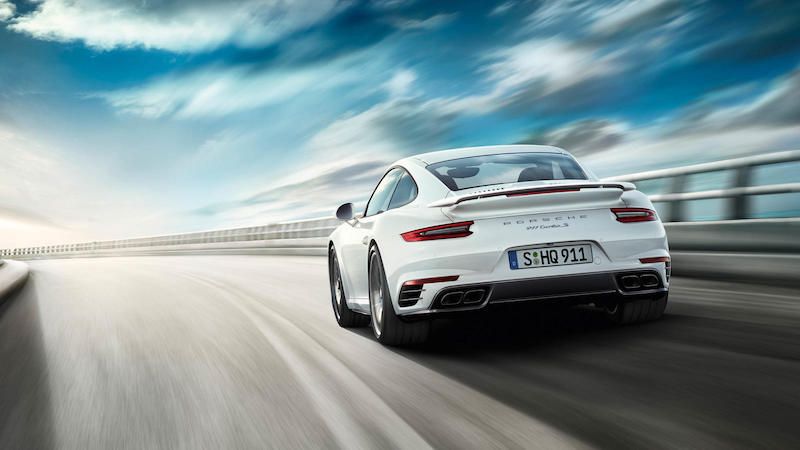 Porsche is one of the most prestigious manufacturers in the motoring world. Their racing heritage stretches all the way from their conception on 25 April 1931 in Stuttgart, Germany to the innovative all-electric Porsche Taycan of today. We still have a while before the Taycan gets to South Africa, so let’s look at the fastest Porsche’s you can get your hands on today.

We’ve been spending hours on end trying to figure out how Porsche managed to fit a naturally aspirated 4.0-litre 6-cylinder engine into their smallest sports car, let alone how they managed to keep its weight at 1420-kilograms. The GT4 will do 0-100km/h in 4.4-seconds and will go all the way to 304km/h thanks to the 309kW of power and 420Nm at its disposal.

The baby-Cayenne is out to prove a point. It may be over half a tonne heavier than the Cayman GT4, weighing in at 2000-kilograms, but it will still hit 100km/h in the same 4.4-seconds. This is all because of the twin-turbocharged 3.6-litre V6 that lurks under the bonnet, producing 324kW of power and 600Nm of torque to enable a top speed of 272km/h.

Who said hybrids can’t be fun? The Cayenne is here to prove them wrong with its electrically assisted twin-turbocharged 4.0-litre V8. It may only produce 400kW of power, but once you add the 100kW from the electric motor you’re left with a mountain of 500kW of power and 900Nm of torque. This results in the 2610-kilogram SUV-Coupe accelerating from 0-100km/h in 3.8-seconds before maxing out at 295km/h.

The second hybrid model to make the list is Porsche’s executive four-seat, four-door Panamera. It features a twin-turbocharged petrol V8 that produces 400kW of power, but that’s not enough. Porsche decided to add an electric motor into the mix to bring the combined output up to 500kW of power and 850Nm of torque. The Panamera may be a bit heavier, weighing in at 2385-kilograms, but the instant electric torque manages to propel it from 0-100km/h in just 3.4-seconds before reaching its top speed of 310km/h.

The original Porsche supercar; the car that always comes to mind when the name ‘Porsche’ is brought up. It’s no surprise that the 911 Turbo S finds itself at the top of this list. It’s 3.8-litre twin-turbo 6-cylinder engine produces 427kW of power and 750Nm of torque. These figures may look modest after reading about the Cayenne Coupe, but you should also note that the Turbo S weighs just 1670-kilograms, allowing an acceleration from 0-100km/h in just 3.0-seconds. The top speed of 330km/h is equally as impressive, and the crazy part is that there’s a new 911 Turbo S on the cards. We can’t wait to see how Porsche improves an already great car.