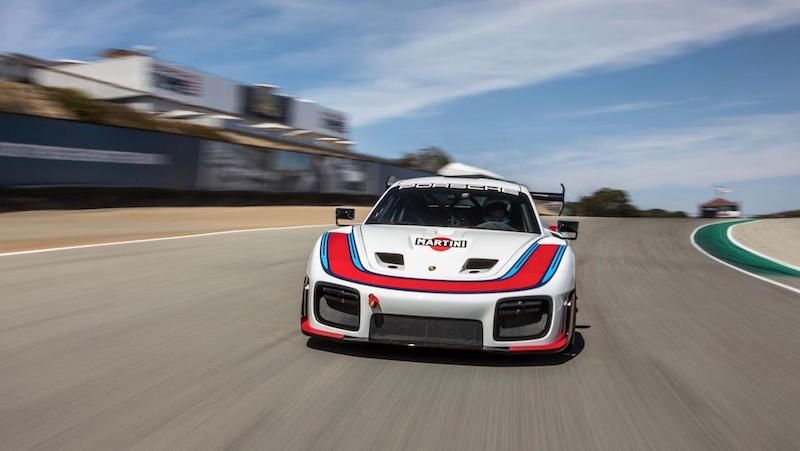 Porsche's first stop with the 919 Hybrid EVO on the #919Tribute Tour that commenced last month was Circuit de Spa-Francorchamps, where it proceeded beat Lewis Hamilton's outright lap record at the track, set in his Mercedes-AMG W07 Hybrid F1 car.

Porsche is on an international tour with a modified version of their 919 Hybrid, to showcase the car's true potential if not limited by FIA WEC rules. The 875kg car features some new active aerodynamics, as well as more power from its ERS-equipped 2.0T V4, which is now producing around 540kw from its combustion engine alone, up from 368kw, while the electric motor adds a further 330kw, for a combined 870kw.

Their next stop for the tribute tour was the Nürburgring, where many hoped that the Stuttgart-based automaker would attempt a lap record to beat the lap record they have held since 1983, when Stefan Bellof lapped the fabled 20.8km race track in a stunning 6:11.13 at the wheel of a Porsche 956.

However, instead of attempting to beat their 35 year old record, Porsche opted to do something a little more special, and brought along their iconic 956 C for a tandem run around the Nurburgring, with Timo Bernhard and Hans-Joachim Stuck driving the legendary cars. The result was one of the most beautiful sights ever seen on a race track.

The 919 Tribute Tour will make its way to the Goodwood Festival of Speed on July 12-15, followed by the Brands Hatch Festival of Porsche on September 2nd, and ending at the Porsche Rennsport Reunion VI at WeatherTech Raceway Laguna Seca on September 26-29.