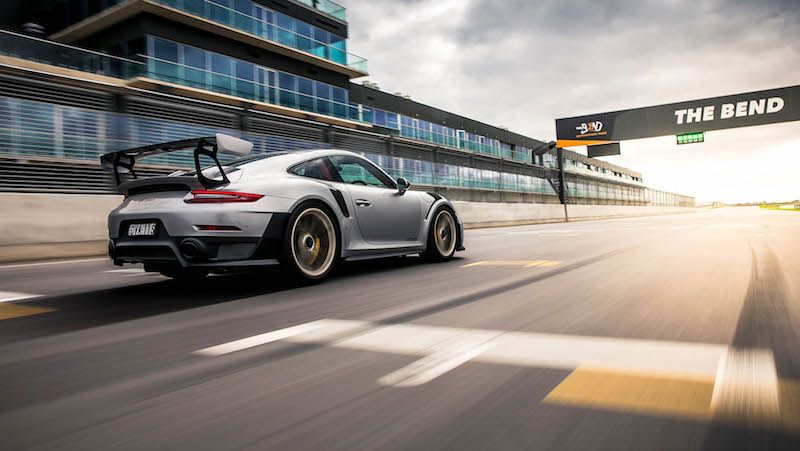 The Porsche 911 GT2 RS now holds the production car lap record for the two longest permanent racing circuits in the world, the Nürburgring and The Bend Motorsport Park in South Australia.

The Bend Motorsport Park is situated in the small town of Tailem Bend in South Australia, nestled against the River Murray and roughly one hour’s drive from the city of Adelaide. Nearly R1 billion (AUD$100million) has been invested in the facility, with economic benefits already being seen throughout the Coorong region.

Situated an hour’s drive from Adelaide, the Bend measures in at 7.7kms making it the second-longest permanent circuit in the world, behind only the 20.8km ‘Green Hell’ of course. And it was decided that the GT2 RS would be the perfect car to unleash on the new track.

Australian racing driver Warren Luff was selected as the driver of the ‘Widow Maker", where he proceeded to set a lap time of 3:24.079, around the 35-corner track. While the GT2 RS was the first car to run at the Bend, there really is no reference point. But judging how quick the GT2 RS is as other tracks – including Willow Springs International Raceway and the Sachsenring where it also holds lap records – it’s fair to assume that Luff’s lap will stand for quite a while.

Luff, a former runner-up in the Porsche Wilson Security Carrera Cup Australia championship, saw the opportunity of setting the first production car lap record at The Bend as an honour. “It’s certainly been a highlight in my career – something that I’ll remember for a very long time. It was a privilege to do it in such a special car.”

As a refresher, the GT2 RS is equipped with a 515kw twin-turbo 3.8-litre flat-six engine paired with a 7-speed PDK transmission. With power being sent exclusively to the rear wheels, the 1,470kg 911 is capable of rocketing from 0-100kph in just 2.8 seconds and onto a top speed of 340kph. The lightweight super car is also fitted with ceramic brakes, rear-axle steering and ultra-high-performance tyres, and can be made an additional 30kgs lighter if you select the optional Weissach package.

Porsche South Africa has priced its most potent 911 from around R5.5-million, which includes a three-year Drive Plan.