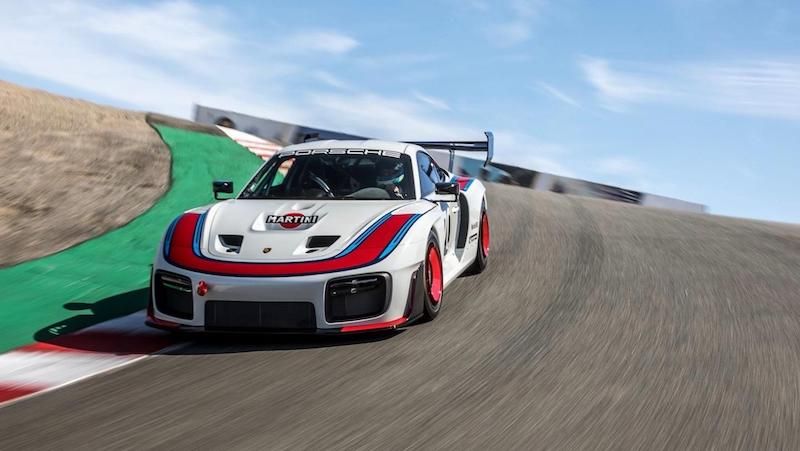 Porsche is embarking on an intercontinental tour as a fitting send-off for their record breaking 919 Hybrid LMP1 race car, before taking up the challenge of contesting Formula E in 2019.

The 919, which in its various different guises won 17 wins from 33 races on its way to three FIA World Endurance titles between 2015-2017, as well as three straight victories at Le Mans.

As part of its tribute tour, Porsche took their 919 to Spa Francorchamps in Belgium to play. What happened there left many in shock. Prior to the tour, Porsche modified their legendary LMP1 racer to showcase the car's true potential if not limited by FIA WEC rules.

The 875kg 919 EVO was outfitted with some active aerodynamics, a DRS-system similar to an F1 car, as well as more power from its ERS-equipped 2.0-litre turbocharged V4 powerplant, which is now producing around 540kw from its combustion engine alone, up from 368kw, while the electric motor was massaged to add a further 30kw up to 330kw, for a combined 870kw of power.

The results were devastating. Taking to the track with Neel Jani at the helm, the car set a new unofficial lap record at the Belgian circuit, besting Lewis Hamilton’s 2017 pole position time. Jani lapped the circuit in a stonking 1:41.770, almost 8 tenths quicker than Hamilton’s 1:42.553. What was more interesting was that the lap was more than 12 seconds quicker than the 919 Hybrid's pole position time for last year's 6 Hours of Spa. A top speed of 359kph was also recorded, bettering the 335kph the exact car managed in low-downforce trim at Le Mans last year.

The car scheduled to run at the Goodwood Festival of Speed later this year, as well as at Festival of Porsche at Brands Hatch. It will also make a trip across the Atlantic to Laguna Seca, where the Porsche Rennsport Reunion will be happening. Porsche is said to be lining up to beat another F1 record at the American track, which is currently held by Marc Gene – a time of 1:05.786 set in a Ferrari F2003-GA back in 2012.

But before all of that, an 'exhibition run' is planned for the Nürburgring. The question remains, will Porsche beat its own 35 year old record at the Green Hell set by Stefan Bellof in the Porsche 956-83? The time to beat is 6:11.13. And the 919 Hybrid has it in its sights.