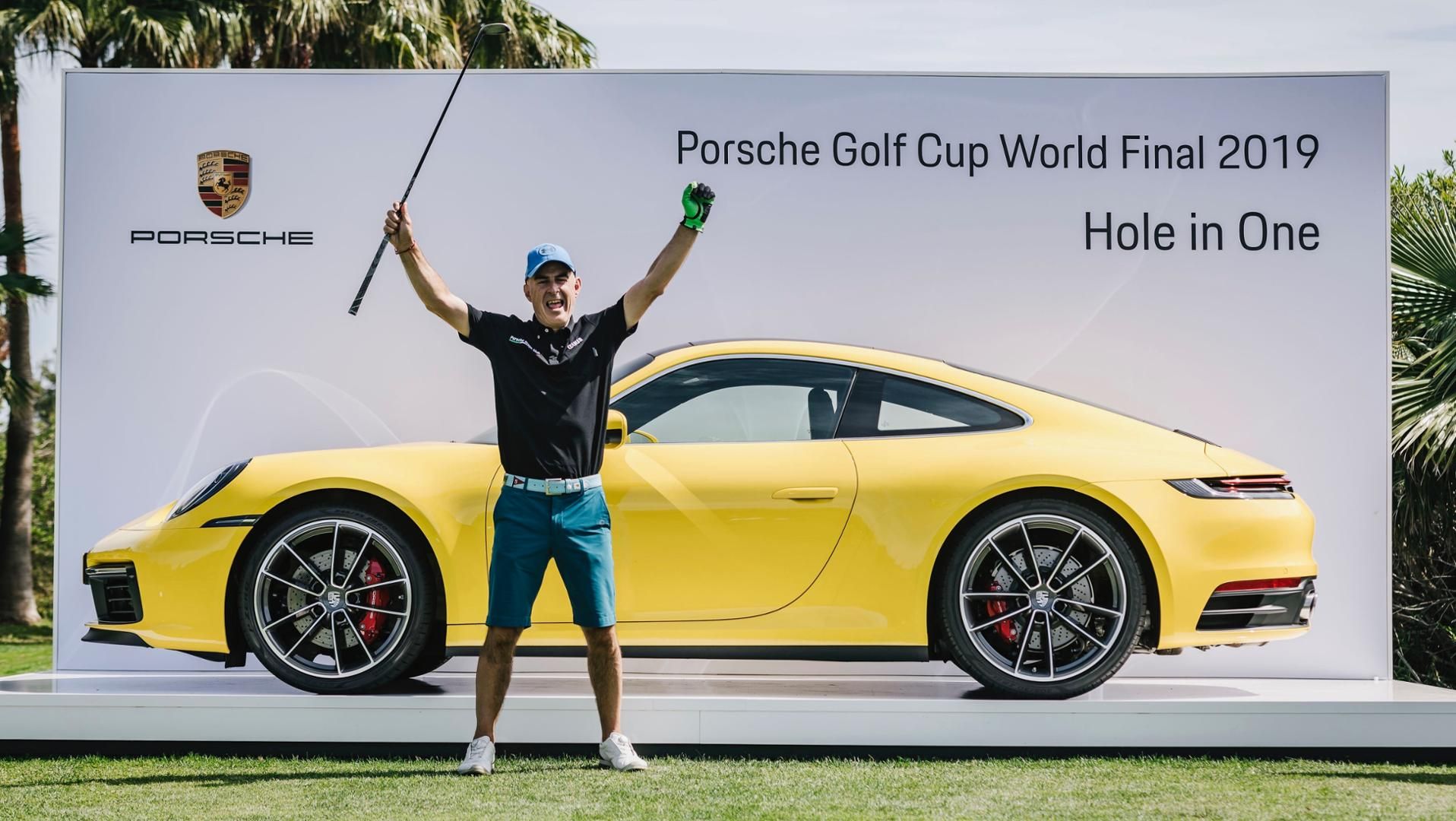 Italian Marco Leoni played himself into the Porsche Golf Cup history books on the last hole of the World Final.

For the first time in six years, a hole in one was hit at the highlight event of the exclusive amateur tournament series for customers – and on the Canyamel course’s 18th hole of all places where a yellow Porsche 911 Carrera S was up for grabs as the prize for the feat. Leoni used a 4 hybrid to strike his ball uphill and into the hole 160 metres away.

“The swing felt good, but I didn’t see where the ball landed,” remembered Leoni. “It was only on hearing the spectators’ reaction did I realize that the ball was in the hole.” The member of the Monticello Golf Club, which is not far from Lake Como, was given a standing ovation at the victory ceremony in the evening. “It’s crazy,” said the 56-year old. “I’m so proud, and I’d like to thank Porsche for organizing such a fantastic tournament.”

It was the crowning glory of a spectacular Porsche Golf Cup that set records even before the start of the World Final. The 80 finalists from 20 markets were left remaining from the initial 17,647 players that competed at the 261 qualifying tournaments. Both figures are all-time highs.

The World Final took place for the sixth time in Mallorca. Played over two Stableford rounds in windy conditions at the Club de Golf Alcanada and, for the first time, at the Canyamel Golf complex from 6 to 9 May, the golfers competed for the World Trophy for teams and in the individual events (gross and 3 net classes). Team South Korea triumphed in the 2018 Golf Cup season’s World Trophy when finishing well ahead of Team China and Team Porsche Taiwan Motors.