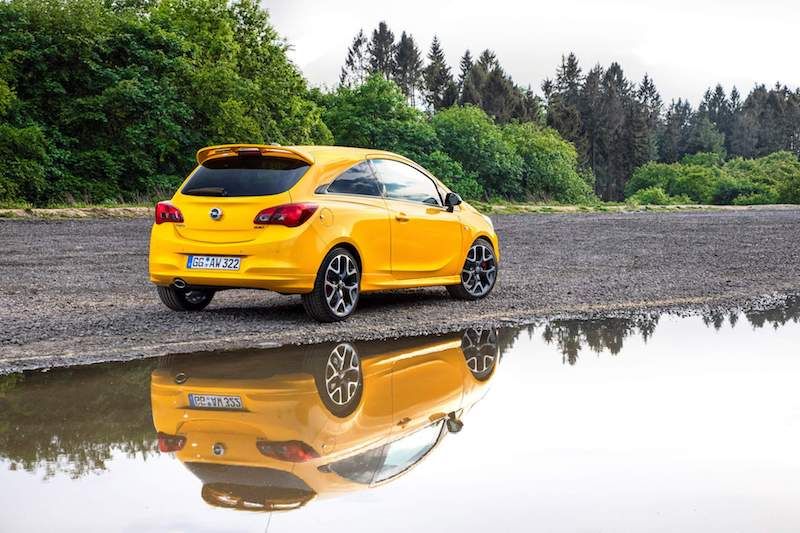 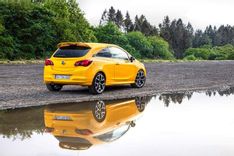 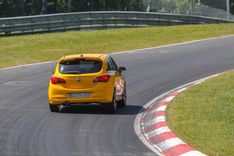 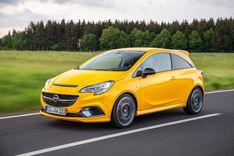 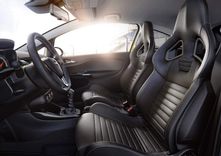 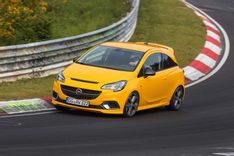 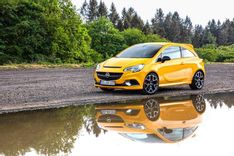 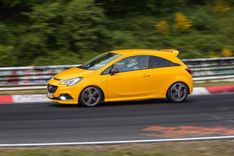 GSI. Three letters that invoke feelings of passion and the thrill of speed to motorsport enthusiasts across the country. The iconic badge has resurfaced after a hiatus that probably felt like an eternity to Opel enthusiasts. The Opel Corsa GSI promises to do justice to the legendary badge, and we got to live with one for a week to see if it could.

I was immediately impressed with how the car looks. The GSI has been marketed in bright colours like yellow and red, so I was surprised to see that we would be testing a white GSI. The extra sporty touches go very nicely with the plain white, but my favourite bit was how it emphasised the black vent between the bonnet and front grille. You’ll also find a set of bi-xenon cornering headlights up front to complement the OPC Line Exterior pack. The 18-inch alloy wheels are inspired by the ones found on the previous Corsa OPC and the overall front design is rather aggressive thanks to the intricate lower front bumper. The rear is not. In fact, the rear of the GSI looks like any regular Corsa aside from the rear spoiler.

The interior is where the Opel Corsa GSI gets even better. The interior is covered in leather and features the OPC Line Interior pack, which includes a sporty flat-bottom perforated leather steering wheel and aluminium pedals. The infotainment is handled on a 7-inch touchscreen in the centre of the dashboard, complete with USB, Bluetooth and smartphone interface that enables apps like Apple CarPlay. The coolest thing about the Corsa GSI’s interior is the insanely sporty Recaro Performance seats. They look like they’ve been removed straight from an Italian supercar and fitted into the GSI.

Opel has also somehow devised a way to equip these seats with seat-heaters along with a steering wheel heater. The only downside to these seats is that they make finding the seatbelt a bit difficult. I sit with my seat quite far back so it didn’t bother me much, but this will definitely affect shorter drivers who keep their seats closer to the wheel.

Some of the other creature comforts include climate control, rain sensing wipers, cruise control, automatic headlights and an interesting feature that ‘reads’ traffic signs and displays them in the instrument cluster. I found this especially helpful when navigating unfamiliar roads where I didn’t know the speed limit. Opel claims that the GSI is equipped with 6 ‘premium speakers’ but they didn’t sound too premium and were actually just average sounding.

Let’s talk about the engine – the part everyone is excited about.  The Opel Corsa GSI is powered by a turbocharged 1.4-litre engine that sends drive to the front wheels via a 6-speed manual gearbox. The 110kW of power and 220Nm of torque at its disposal may seem a bit luke-warm on paper, but once you add the OPC suspension, OPC braking system and the fact that the Corsa weighs just 1720-kilograms you begin to realise that a little bit of power goes a long way in here. Every gear shift is exciting and once you get used to it, you can really start having a lot of fun with the GSI. Launch it properly and it will climb from 0-100km/h in 8.9-seconds. Something that I didn’t expect from the GSI was how fuel efficient it was. Opel claims that it will do 5.8-litres/100km and I found myself close to that figure for most of the time, hovering around 7-litres/100km.

I really enjoyed driving the Opel Corsa GSI. It’s thrilling to drive, looks sporty and is fuel efficient. The interior is sporty and features a lot of bells and whistles that make the daily commute a bit more pleasant. The only thing holding this car back is its price tag of R365,900… To put this into perspective for you, the Volkswagen Polo GTI costs just R32,500 more at R398,400. At the end of the day it all comes down to how much you desire the GSI, but if it was my money I’d put a safe bet on the GTI.