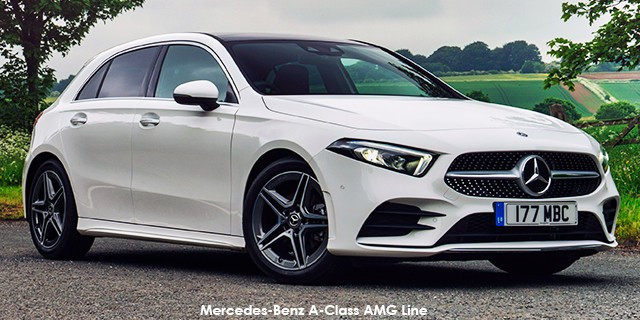 With great looks and class-leading tech, has the A250 done enough to finally rival the Golf GTI?

It appears that Mercedes-Benz can do no wrong these days. Whether it is motorsport or their respective sales segments, the German juggernaut is streaking away from its rivals, irrespective of what it puts it name on. However, there is one segment where Mercedes has previously struggled, and that is when its A250 Sport has been pitted against the Golf GTI. Has that finally changed?

The W176 A250 Sport was a good car. It had adequate luxury. Adequate power. Adequate good looks. But somehow it just wasn’t enough to woo buyers away from the benchmark Golf GTI. And while the Golf GTI Mk7 is due for a replacement in the coming months, its strangle hold on the hot-hatch segment is slightly loosening as strong new rivals emerge. For Volkswagen, the GTI Mk8 can’t come soon enough.

And one of those rivals is the latest-generation A-Class in A250 Sport guise. The car is based on the award-winning A-Class hatch but features some interesting standard kit that puts it well up on the regular A-Class offerings. For starters, it comes standard with the AMG-Line body kit. There’s aggressive front and rear bumpers with gaping intakes, sportier side skirts, all paired with sports suspension and low-profile shod 18-inch AMG alloys. Not that the previous generation A250 Sport didn’t look sporty, but this latest version looks sporty with a purpose.

Aside from the powertrain, one massive technical difference between this and other A-Class hatch variants is the fact that the A250 Sport features an independent rear suspension, instead of the Torsion bar setup like the other models. Combined with the standard-fitment sports suspension, this gives the A250 effortless-tarmac carving abilities. One of the biggest improves in this car over its predecessor is how it handles bumpy surfaces and other imperfections in the road, an area the W176 struggled immensely. Thanks to a thoroughly redesigned suspension layout, the latest A250 Sport has none of these issues, and even on the low-profile rubber, does little to perturb the sporty Benz.

Speaking of powertrain, it is once again a turbocharged 2.0-litre four-potter. Internally, Mercedes have dubbed it the M260, and is actually a watered-down version of the upcoming Mercedes-AMG A35’s motor. In the A250 it produces 165kw and 350nm, and is mated to a quick-shifting 7G-DCT transmission. Power is still only sent to the front wheels, so it’s armed with equally-good artillery as the GTI. Merc says it will rival the GTI with a 0-100kph sprint time of 6.2 seconds, and a top speed of 250kph. And I’d believe it though. But I won’t believe Mercedes’ claims of average fuel consumption of 6.5 litres per 100kms, because in the real world, we were sitting closer to 9! As a result, one option worth ticking is the larger 51-litre full tank (R1200), which will be far better suited than the standard 43-litre tank.

But as with every conversation revolving around the new A-Class, the topic soon focuses on the MBUX multimedia system. This car though, doesn’t have the fully-functioning MBUX we have come to hear about in the media. While it still features two small screens, you would have to spend an additional R17 000 for the full system, and an extra R6500 for the all-digital instrument display. Other aspects of the cabin mirror those seen in other A-Class models though. But this system is just the tip of the ice berg in terms of optional extras. In fact, ticking the options list incorrectly will sadly increase your A250 bill incredible quickly.

Spring for the Lane-tracking package? That will add R12 500. AMG leather seats? An extra R17 000. The parking package, which features a 360-degree camera? A cool R21 000. If you want the sportiest drive possible, you’re doing to need the AMG Ride Control suspension. That’s an extra R22 400. Also expect to add an additional R42 000 and R44 000, for the trendsetting Energizing Package and Engineering Packages respectively. And when you factor in that the A250 Sport is priced from R595 704, it’s very easy to see you could have priced an A-Class into high-end C-Class spec. The A250 Sport, like all other A-Class models, comes standard with a 6-year/100 000km premium maintenance plan, and a 2-year/unlimited km warranty.