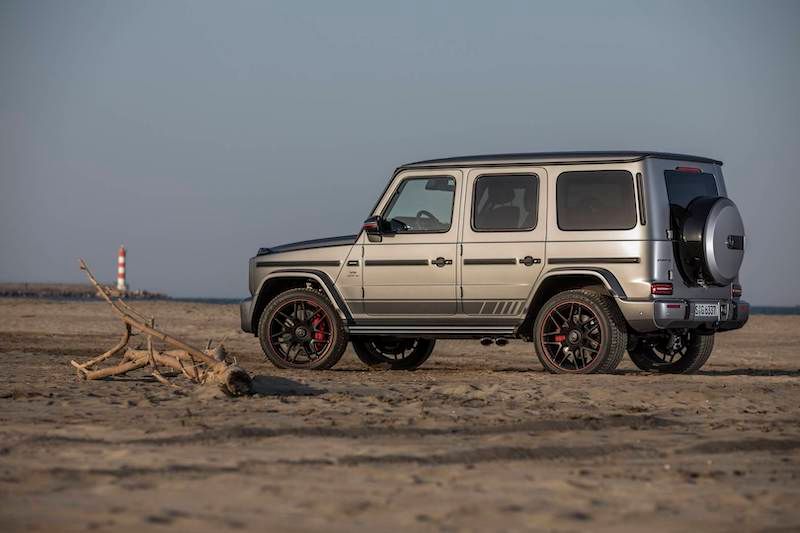 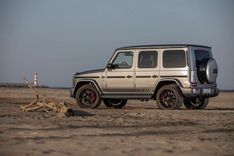 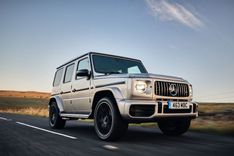 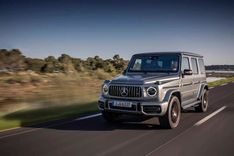 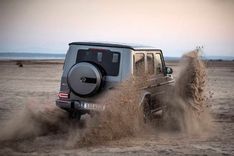 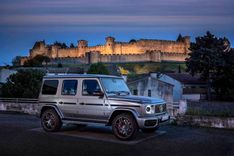 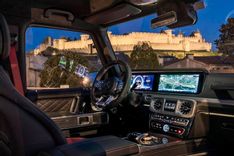 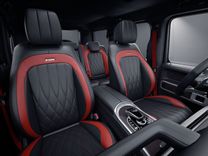 Mercedes-Benz's G-Wagen is untouchable. 39 years later, and it’s still soldiering on and has proven itself #StrongerThanTime. And now, the latest incarnation of the hottest G has landed in South Africa.

“The new Mercedes-AMG G63 inherits the positively powerful DNA of its ancestors. Among the genes are its characteristic design and unparalleled off-roading capabilities. We only modified that which would strengthen its predecessor and make its uniqueness even more pronounced. In short, the new G63 is still a ‘G’ - only better - which is was our customers want,” says Johannes Fritz, Co-CEO of Mercedes-Benz South Africa and Executive Director of Mercedes-Benz Cars.

The interior of its new G63, has undergone the most significant reinvention of its four-decade lifespan to provide greater comfort, technology and usable space for occupants while not abandoning its utilitarian origins. Inside the cabin of the special edition Geländewagen, there's black and red leather trim the quilted seats, matching the black and red carbon-fibre used to cover the center console, door panels, and its trademark dash grab handle.

In fact, comparing the latest G63 to its predecessor, its exterior is now bolder, sporting 22-inch wheels, wider arches and the distinctive Panamericana grill setting it apart from lesser models - and yes the trademark side exhausts are still there.

The biggest change over the W463 is under the hood, with the 4.0-litre V8 biturbo replacing the old 5.5-litre V8. Power stands at a Mercedes-AMG GT R rivalling 430kw and torque at 850nm, helping the 2.5 ton SUV hit 100kph in 4.5 seconds - a full second quicker than its predecessor. Maximum speed stands at 220kph, and that can be raised a further 20kph if the AMG Driver’s package box is ticked.

This is in part thanks to the fact that the new W464 G63 is 174kgs lighter than the W463. Handling the power is an AMG Speedshift TCT 9-speed automatic transmission, while its AMG fettled 4MATIC all-wheel drive system sends 60% of its power to the rear - in its default mode. In the preceding model the distribution was still a neutral 50:50. Damper, steering and other variables can be customized via the AMG Dynamic Selection function.

For more efficiency, Mercedes-AMG has equipped the V8 engine in the G63 with the AMG Cylinder Management cylinder deactivation system. In the partial-load range, cylinders two, three, five and eight are deactivated, which significantly lowers the fuel consumption. The combined fuel consumption is 13.1 l/100 km, and the combined CO2 emissions is 299 g/km.

“The new AMG G63 brings driving performance to the off-road vehicles segment. Mercedes-AMG took the already strong genes of the G-Class’ predecessors and made them even stronger, adapting them in their own special way to modern times. While the character of this icon remains, its interior and exterior have both transitioned to modern luxury. The G63 has now reached a completely new dimension in terms of technology, with the 4.0 litre V8 biturbo engine, the off-road characteristics, the agility and the vehicle dynamics it achieves,” says Selvin Govender, Marketing Director of Mercedes-Benz Cars South Africa.