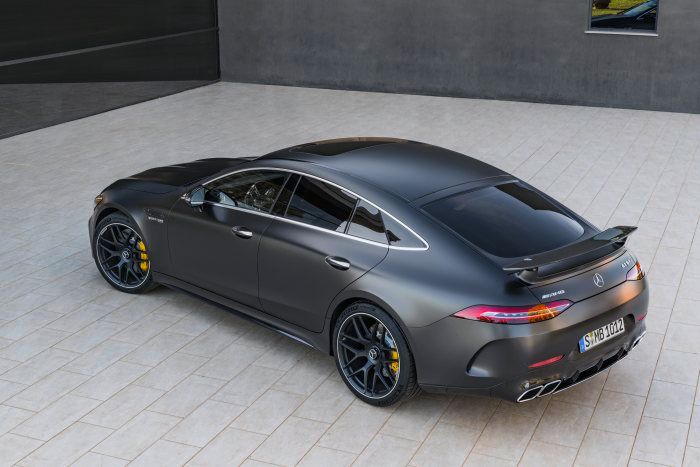 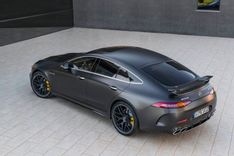 Not content with dominating the race tracks of the world with their World Championship winning Formula 1 car, Mercedes-AMG has now turned their attention to the fabled Nurburgring, where they have achieved a new record with their Mercedes-AMG GT63 S 4MATIC+.

In the hands of Mercedes-AMG Development Engineer Demian Schaffert, the Mercedes-AMG GT 63 S 4MATIC+ is now officially the fastest fully-fledged four-seater production car to ever lap the Green Hell.

You might have to read a little closer, because Mercedes said “four-seater” and not “four-door”. If you are a little confused, we don’t blame you, because the outright record by a ‘four-door’ is actually held by the Jaguar XE SV Project 8.

Back in 2017, the limited-edition British sedan blitzed the ‘Ring with a lap time of 7:21.23. However, while having a four-door body shape, the 441kw Project 8 was fitted with the optional ‘Track Option’. This means it gains a roll-cage but loses its rear seats, meaning it is essentially a two-seater four-door.

The Mercedes-AMG GT63 S 4MATIC+ was a standard production car, meaning, it had four seats. Powered by the biturbo 4.0-litre V8, the GT63 S has 470kw and 900nm, whilst all that power is sent to all corners via an AMG-tuned 4MATIC+ all-wheel drive system – a system almost identical to that seen on the Mercedes-AMG E63 S.

While the Jaguar proved quicker than the 2 ton AMG around the 20km+ race track, the XE based Project 8 is actually a Mercedes-AMG C63 S rival in the real world, meaning it does not compete against the big GT63 S.

Compared against its real world rivals, the GT63 S proved quicker than both the BMW M5 and the highly modified AC Schnitzer M5, with 441kw and 515kw respectively. The standard M5 managed a best time of 7:38, while the specially prepared AC Schnitzer could only manage a 7:29. No lap time has been released for the 460kw M5 Competition, but expect it to be significantly quicker than the regular BMW M5.