It's a real AMG 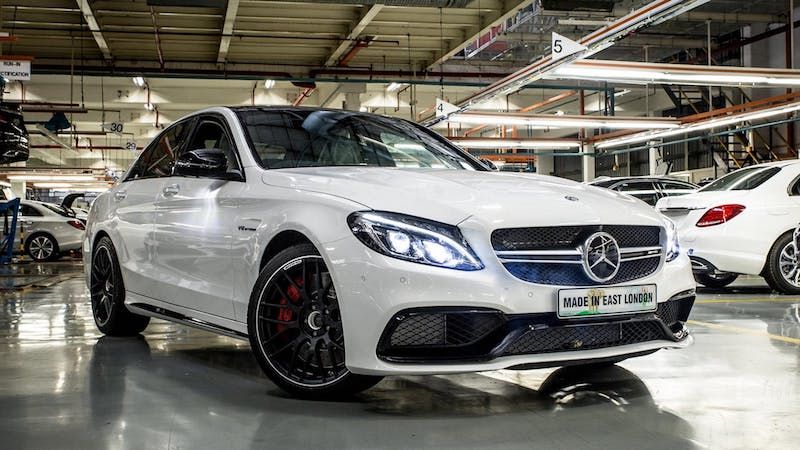 Let’s get the important bit out of the way. This is a genuine AMG. It might be made in South Africa, but its heart is still hand-built by a single man in Affalterbach, and shipped over to South Africa. It’s then fitted into a C-Class here. And with that, the first locally produced Mercedes-AMG C63 rolled off the production line in East London.

At its annual business results in 2017, Mercedes-Benz South Africa announced that three Mercedes-AMG models will be manufactured locally for export and local sales and this week the passionate employees who participated in the ramp-up to series production celebrated this achievement.

The integration of the three new models (Mercedes-AMG C43 4MATIC, Mercedes-AMG C63 and Mercedes-AMG C63 S), was smooth with absolute minimal interruption to the current production in the East London plant. More than 1 700 Mercedes-AMG C 43 units have been exported as part of the normal export plan from the plant, which once again reached record levels in 2017.

Mercedes-Benz South Africa invested an additional ZAR200m (GBP 12 million) into the passenger car manufacturing facility in 2016/2017 for the production of the AMG models.

"The production of the first Mercedes-Benz AMG C63 unit here in East London, sees another exciting model added to our current C-Class family and further affirms the status of our plant as a key player in the Daimler global network. The distinct sportiness and power of the AMG brand is well recognised globally, and we are proud that the C63 model will be exported from our shores to customers all around the world. Following the launch of the Mercedes-AMG C 43 model in 2017, the first production unit of the flagship C63 model is a another great success for our plant, and is testament to the hard work and dedication of our employees who continue to build world-class products at Mercedes-Benz South Africa," says Andreas Engling, Mercedes-Benz South Africa CEO and Executive Director: Manufacturing.

The introduction of these AMG models into the Mercedes-Benz South Africa production line required the plant to bring in new infrastructure and technological innovations to accommodate the assembly of the performance models. This included modifications and additional devices at various stations - specifically in the Engine and Trim assembly lines. The new AMG model (with V8 power) is particularly distinguished by its notable engine sound and power and to achieve the successful production of this unit a new index device, conveyors and axle manipulators and equipment had to be added to the assembly process.