GT2 RS fighting black series on the way in 2020 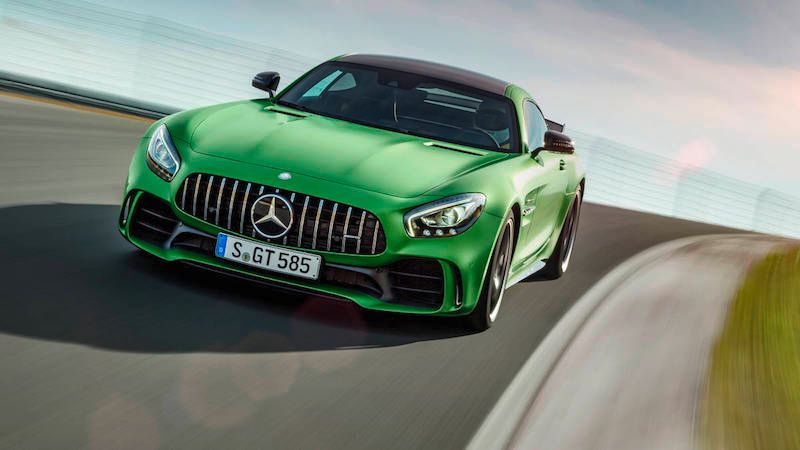 AMG Bossman, Tobias Moers, has confirmed that they will make a ‘Black Series’ variant of the AMG GT.

Speaking at a press conference at the Geneva International Motor Show, Moers confirmed, “We are on the journey, we started the journey for Black Series.”

The Black Series is expected to sit above the current flagship AMG GT R, and will only arrive in 2020, as a swansong for the AMG GT range.

As with the SLS AMG, the new ‘Black Series’ will likely go on an extensive diet, becoming a road-legal race car, whilst sprouting an even more aggressive exterior than seen on the GT R. Expect larger brakes, a revised suspension setup and tweaked steering, to aid its track-focused handling.

It will no doubt have more power than the GT R too, and likely be powered by the same 4.0-litre V8 Biturbo motor. The AMG GT R produces 430kw and 700nm, but we have already seen the E63 S make 450kw and 850nm, while the new AMG GT 63 S makes 470kw and 900nm from the same motor. That said, these cars are 4MATIC+ all-wheel drive equipped and can no doubt transfer that power to the tarmac. It’s likely – with the ‘Black Series’ being rear-wheel drive -  AMG will opt for a slightly more conservative output, in the region of around 450kw.

The AMG GT4-inspired ‘Black Series’ will appear in 2020, where it is slated to take on the Porsche 911 GT2 RS and the freshly released Ferrari 488 Pista.