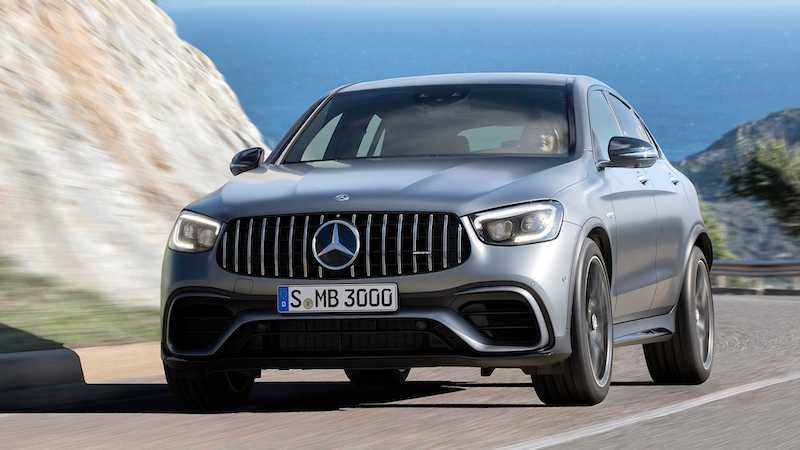 As rival BMW readies their first ever M-fied versions of the X3 and X4, so has Mercedes-AMG updated their Nurburgring-conquering GLC 63 siblings. The mid-size SUV segment is actually burgeoning with high-performance variants from Jaguar, Porsche, Audi and Alfa Romeo.

Pardon the pun, but since its launch, the GLC 63 S has amassed quite an online fan base thanks to its incredible performance statistics. Under its hood is a bi-turbocharged 4.0-litre V8 – a variant of which powers the AMG GT R – that produces 375kw and a staggering 700nm of torque. Power is still sent to all corners by an AMG-tuned 4MATIC+ all-wheel drive system via a 9-speed AMG SPEEDSHIFT MCT automatic transmission, which now features a wet start-off clutch instead of a traditional torque converter.

Merc sought not to mess with a winning formula so performance figures of 0-100kph in just 3.8 seconds, and a top speed of 280kph are still consistent for the 375kw S model. South Africa only received the quicker GLC 63 S before, so expect that to continue. Niceties on offer include an air suspension with adaptive dampers, an electronically controlled locking differential, torque vectoring, dynamic engine mounts and ceramic brakes.

"The lap record of 7.49.369 minutes on the North Loop (of the Nurburgring) has proven to impressive effect that the GLC 63 is right at the top of its segment in terms of vehicle dynamics. With our V8 biturbo, we hold a decisive USP in the competitive environment. With AMG DYNAMICS we were able to hone the vehicle dynamics even more and also further increase the suitability for everyday use and the connectivity with MBUX. This makes the GLC 63 an all-rounder for every occasion," says Tobias Moers, Chairman of the Management Board of Mercedes-AMG GmbH.

While it may be a little tricky to spot the differences between this and the model it replaces, the updates are actually quite noticeable. The biggest change is at the front end where the GLC 63 gets a new AMG-specific Panamericana grille that widens towards the bottom – much like the larger GLE. There are also redesigned, slimmer LED High Performance headlamps with restyled daytime running lights. The front bumper features massive intakes that mimic those seen on the GT 63 S four-door coupe, whilst wider wheel arch cladding at the front and rear further accentuate the 63’s dynamic appearance.

The protruding side sills once again conspire to give the GLC 63 S a visually lower profile while elongating the overall lines. And as before, the rear end is dominated by a meaty diffuser housing trapezoidal twin-tailpipes on either side. The new LED tail lights also ensure an inimitable light signature – with distinctive blocks in a backlit edge-light design. The GLC 63 S is further distinguished visually by exclusive design highlights. These include longitudinal panels with inserts in matte Iridium Silver, along with rear bumper diffuser fins and a diffuser trim strip in matte Iridium Silver.

But the update wouldn’t be an update if it didn’t include some major changes inside the cabin, and Mercedes has not disappointed. Aside from a new Magma Grey upholstery with Black Nappa leather and yellow contrasting topstitching, there is a new AMG flat-bottomed steering wheel. This wheel houses the AMG Drive Unit, and in the 63 S has a six drive modes. But the biggest talking point, is the addition of Mercedes’ latest MBUX “Hey Mercedes” infotainment system, which displays information via a 12.3-inch instrument cluster for the driver and a 10.25-inch touchscreen in the middle of the dash. With three AMG- specific display styles of "Classic," "Sport" or "Supersport," it brings vehicle functions into vivid display.

Both the Coupe and SUV variants of the GLC 63 will go on sale in certain markets towards the end of 2019. Mercedes-Benz South Africa has yet to confirm when their hot new GLC siblings will land in Mzansi, but expect them early in 2020, with pricing set to be announced closer to that time.