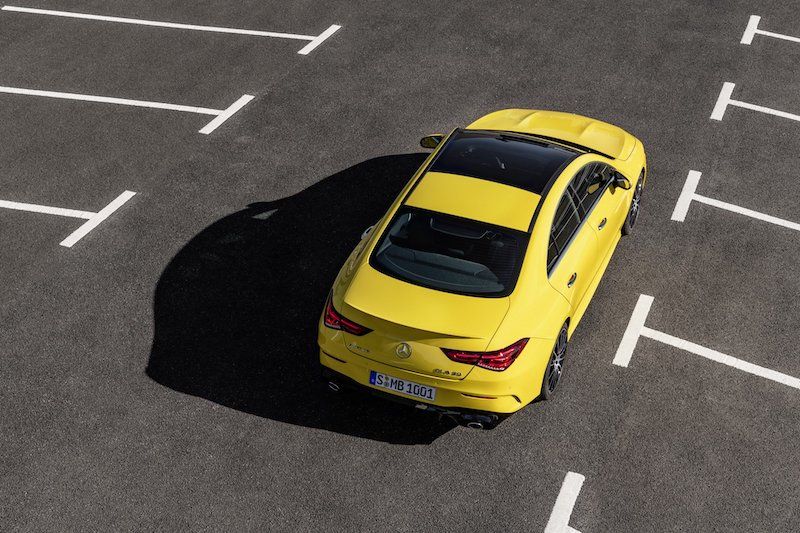 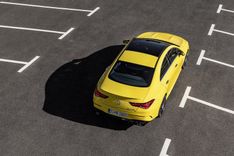 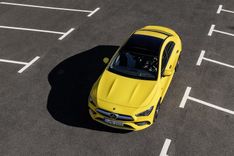 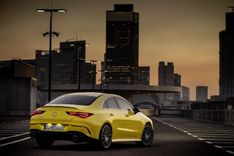 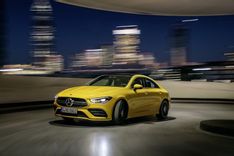 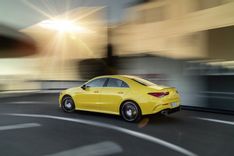 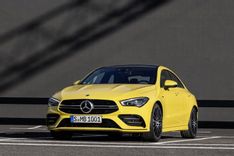 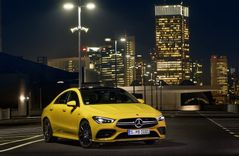 Mercedes’ baby coupe has been given the AMG treatment

Mercedes-Benz is expanding its entry-level “AMG 35” portfolio with the addition of the new Mercedes-AMG CLA 35. Much like the A-Class, the CLA 35 will sit below the flagship CLA 45 when it is unveiled later this year.

Following the unveil of the A 35 Hatchback, and the A 35 Sedan, the CLA 35 is the third model to wear the “35” badge, and it won’t be the last. We already know that AMG is set to launch the A 35 L exclusively for the Chinese market, and there will be a GLB 35 and most likely a GLA 35 too.

Under its hood is the same turbocharged 2.0-litre four-cylinder motor that does duty in the A 35 siblings. The motor, an improved version of the M260 4-cylinder used in the CLA250 (which SA will not be getting) now outputs 225kw and 400nm. Paired with an AMG SPEEDSHIFT DCT 7G dual-clutch transmission, and a RACE-START launch control system, it can sprint from 0-100kph in just 4.9 seconds, 0.4 seconds slower than the original 265kw CLA45 AMG, and reach an electronically limited top speed of 250kph.

Much like its “35” siblings, it features an AMG Performance 4MATIC all-wheel drive system despite being front-wheel drive biased. The chassis has also been stiffened to cope with the additional power, while the Haldex-based 4MATIC system can split power 50:50 between the front and rear, should the need arise. The braking system has also been upgraded, with its ventilated discs now measuring 350mm up front and 330mm at the rear, held by 4 pot calipers and single pot calipers respectively.

Riding on the same Modular Front Architecture (MFA2) platform as the W177 A-Class, the C118 CLA-Class retains the fastback styling to set it apart from the V177 A-Class Sedan. Stylistically, the design is inspired by the new design language Mercedes-Benz adopted for the C257 CLS-Class. The aggressive CLA 35 though, looks distinctively different from the regular AMG-styled CLA models; sporting a radiator grille with twin louvres, a front splitter, power domes on the bonnet, 18-inch wheels, deeper side skirts, a more defined rear diffuser with dual pipes, and a subtle boot spoiler.

The interior is nearly identical to that seen in the Car of the Year-winning A-Class hatch, but gains subtle AMG touches like its AMG Sports seats, an AMG steering wheel, as well as AMG display styles for the MBUX system. AMG TRACK PACE is also available as an option for the CLA 35. The virtual race engineer is part of the MBUX multimedia system and permanently records more than 80 vehicle-specific data (e.g. speed, acceleration) while driving on a race track. Boot space is particularly impressive, offering a rather useful luggage capacity of just under 460 litres – larger than both the A 35 Sedan and the Audi S3 Sedan.

Despite being very similar, the A 35 Sedan and the CLA 35 aren’t exactly rivals. The A 35 Sedan is said to be a more family-friendly sports compact sedan, whereas the CLA 35 Coupe has a distinctly sportier demeanour. The CLA 35 will debut at the New York International Auto Show later this month, with European deliveries expected to kick off in August. Mercedes-Benz South Africa has yet to confirm if and when the CLA 35 will be released in South Africa.