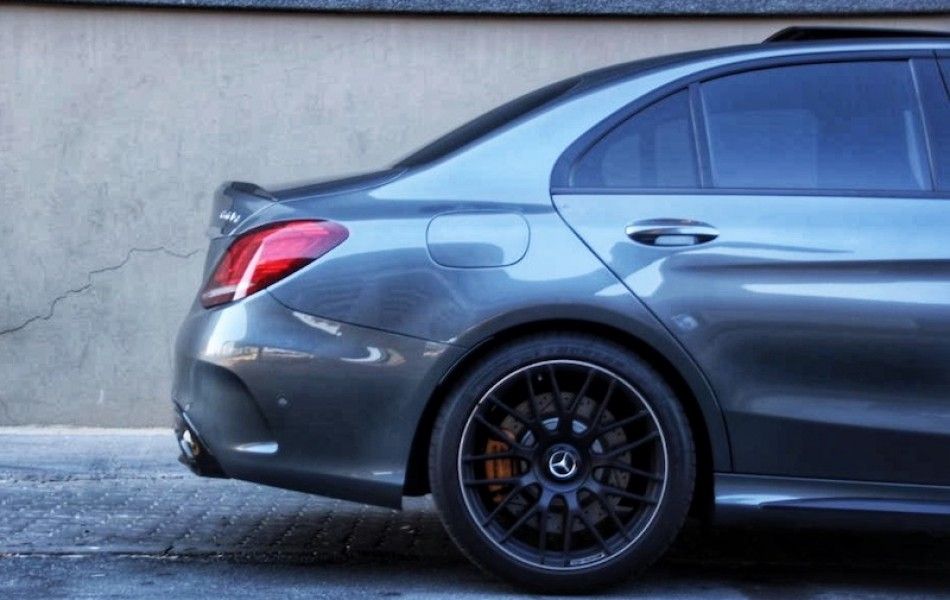 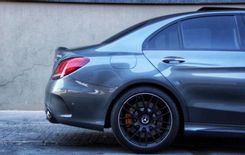 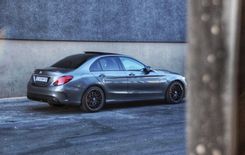 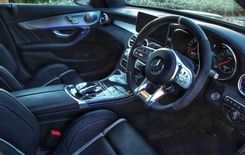 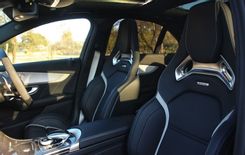 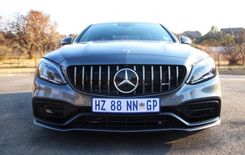 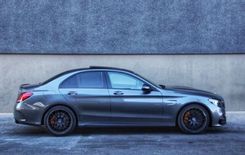 I want to start this review by making it clear that I am very used to all-wheel drive systems like quattro and xDrive. I am accustomed to the safety and grip that cars like the Audi RS4 Avant and even the BMW M850i offer during activities like launching and cornering, which really piqued my interest when I found out that I’d be spending a bit of time with the facelifted Mercedes-AMG C63s Sedan.

The facelift brings a few design tweaks to a design that remains largely unchanged. The LED head and taillights have a new design that looks a bit cleaner than before, the wheels get a redesign, and the most prominent new bit is the Panamericana grille borrowed straight from the AMG flagship – the AMG-GTR. The interior gets a refresh in the form of new digital displays for the instrument cluster and infotainment system. There’s an interesting setting that toggles the ‘Supersport’ display, transforming the instrument cluster into one from a fighter jet. The steering wheel also gets a refresh, incorporating a Blackberry-esque scroller into either side of the wheel so that the driver can switch through menus without having to leave the steering.

While this many buttons and control options may seem appealing on paper, in reality it’s not the case. I found myself overwhelmed by the number of buttons and switches all around the car, which was furthered by their abstract nature. I looked for a way to skip the songs that were playing from my phone and ended up finding four different ways to skip the song. Four. I would prefer to have one dedicated way to do this, but other people may find this to be more convenient.

As for the rest of the buttons, dials and switches, its trial and error. Press a button and find out what it does. Some of them are self-explanatory, like the two new dials on either side of the steering wheel which control the Drive Mode selector, specifically Individual, Slippery, Comfort, Sport, Sport+ and Race mode, as well as buttons for the exhaust flaps and the traction control. The traction control selector becomes interesting after holding the button down for a few seconds, revealing the new 9-Stage traction control system. Stage 1 will intervene at the slightest detection of wheelspin while Stage 9 disables the traction control altogether, leaving you to fight the C63s one-on-one. I found myself in a safe-zone between Stage 5 and 6.

Power is supplied by a 4.0-litre biturbo petrol engine, sending 375kW of power and 700Nm of torque to the rear wheels via an all-new 9-speed automatic transmission that replaces the previous 7-speed auto. I haven’t driven a full-on performance RWD car before, so its needless to say that my first time behind the wheel of the C63s was ‘educational’. Long story short, the Mercedes-AMG C63s scared me, and even after figuring out how to properly drive it, it still scares me. It is really tail-happy but in a way that you know everything’s going to be alright, almost to a point that it makes you confident enough to push the limits further every time you take it sideways or launch from standstill.

Switching the car into Comfort mode reveals a more mild-mannered luxury sedan that doesn’t want to rip your face off. This comes in handy in situations like traffic and when navigating the quiet streets of a small suburb. I always make it a point to test the efficiency of the cars I drive, and the lack of an Eco mode prompted me to configure my own in Individual mode. I tried my best and brought the consumption down to 12.2-litres per 100km. Normally this would bother me, but in a car like this you quickly realize that you don’t car. Mostly because you’d always be willing to pay any amount for its thrills and performance.

The Mercedes-AMG C63s Sedan is a very good car. It ticks all the boxes for a luxury sedan – four-doors, four seats, a smooth ride and a large boot, and it also ticks all the right boxes for a premium sports car – a full-fat petrol V8, four loud exhausts, impressive handling dynamics and eye-watering speed. A very good all-rounder that still manages to strike fear in an age of all-wheel drive safety.

Do you own a Mercedes-AMG C63s? Write a review on your car and share it with the AutoAdvisor community. We would love to hear your thoughts on it.

Buy a new or used Mercedes-AMG C-Class at a great price.
We put you back in control, make a single request and get up to 3 quotes from dealers nationally.
Coming soon