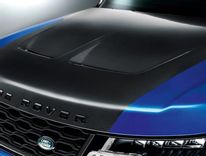 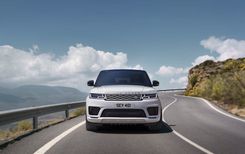 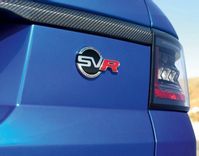 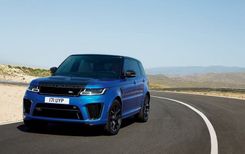 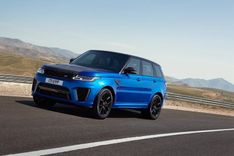 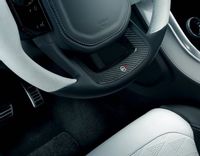 P400e IS THE FIRST PRODUCTION HYBRID FROM LAND ROVER

In the P400e, power comes from a 221kw 2.0-litre turbocharged petrol four-cylinder Ingenium engine that is coupled with an 85kw electric with combined outputs of 297kw and 640nm, run through a permanent four-wheel drive system – delivering 0-100kph in 6.7 seconds and a top speed of 220kph. There are two driving modes: a default Parallel Hybrid setting that best combines the two power sources, and an all-electric EV mode.

The best thing about using a plug-in hybrid setup is improved fuel efficiency, and Land Rover claims the Range Rover Sport P400e averages just 2.8 l/100 km, with corresponding CO2 emissions of only 64g/km. Both figures are calculated according to the NEDC methodology; however, really life driving will surely be very different. EV mode enables the vehicle to run for 51km solely on the electric motor using the energy stored in the battery for a zero emissions journey.

To charge the RRS, owners plug in the cable at the front of the vehicle, with the socket hidden under the Land Rover badge on the grille. A "Save" function prevents the battery charge dropping below the level which has been selected, while "Predictive Energy Optimisation" uses the onboard navigations data to work out when best to switch between the electric motor and the petrol engine to maximize fuel economy over gradients along the route.

When rapid charging, a full charge can be achieved in as little as 2 hours 45 minutes at home using a dedicated 32-amp wall box. The battery can be fully charged in 7 hours 30 minutes using the 10-amp home charging cable supplied as standard.

To maximize interior space and allow for an adequate weight distribution the internal combustion engine is longitudinally mounted, while the electric motor is housed in the ZF eight-speed automatic transmission at the center of the vehicle. The electric motor is powered by a high-voltage lithium-ion battery positioned at the rear beneath the boot floor.

Along with its eco-friendly credentials, the Range Rover Sport boasts an enhanced chassis design, along with a Touch Duo Pro infotainment system, dubbed 'Blade' by its developers, which is described as "your twin high-definition touchscreen digital butler". What's more, the car packs a new gesture-controlled sun blind and pixel-laser LED headlights for greater luminance and intelligent dimming to avoid dazzling other drivers.

Customers can also choose from clean Ingenium four-cylinder, V6 and V8 petrol and diesel engines. A new flagship 423kw Range Rover Sport SVR completes 0-100kph sprint in only 4.5 seconds, while bold design revisions and the increased use of carbon-fibre construction make the new SVR more dramatic, faster and more agile than before.

Since going on sale in 2005, the British-built Range Rover Sport has become one of JLR’s most popular ranges, selling over 732,000 units internationally – with a massive customer base in South Africa. The new Range Rover Sport HSE P400e is priced from R1 636 800, while the Rover Range Rover Sport SVR starts at R2 281 335.