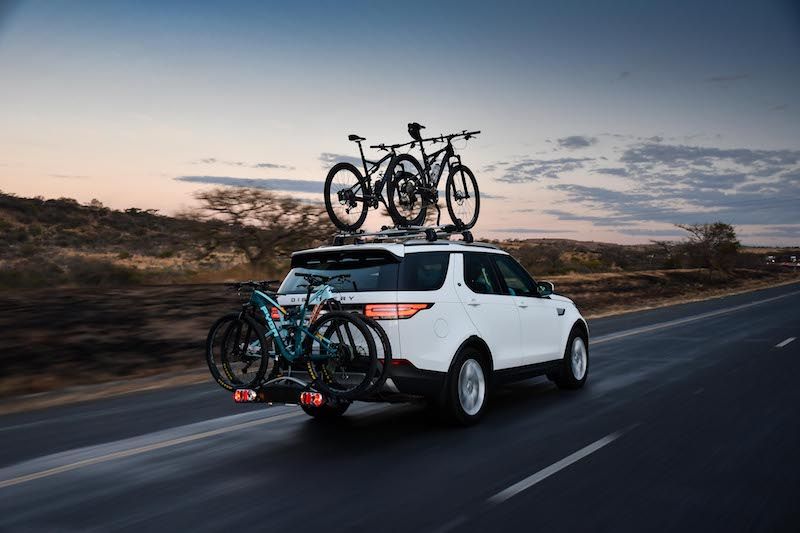 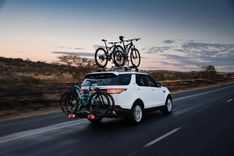 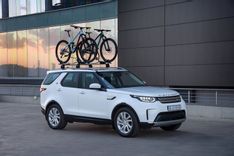 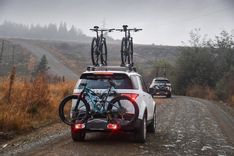 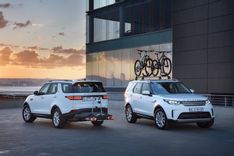 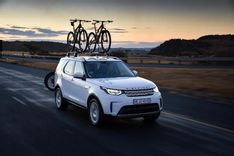 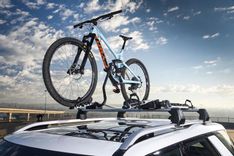 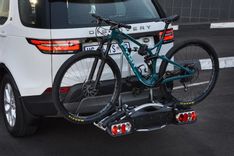 Priced from R988 724, Land Rover’s Discovery – now in its fifth generation – embodies the ultimate go-anywhere recreation vehicle. And being one of very few true all-terrain vehicles currently on the market, practicality and versatility are definitely two of its most important attributes.

Load space is another area it scores highly on, with it able to consume over 1,231 litres of luggage with the second row in place – doubling to a staggering 2,500 litres with both rear rows dropped down. A dual-purpose Powered Inner Tailgate provides a practical load restraint when raised, but when lowered the 285mm overhanging section doubles as a useful bench ideal for changing muddy cycling shoes or performing mild bicycle maintenance or repairs while under the shelter provided by a one-piece tailgate.

Additional storage facilities include a deep cubby hidden in the central console capable of holding a pair of two-litre drinks bottles, a second central armrest binnacle large enough for five iPads, and a concealed small-item stowage nook behind the flip-down Climate Control panel.

To further bolster the Discovery as the ‘ultimate lifestyle SUV’, Land Rover South Africa has now introduced the first of many planned Gear Packages with a convenient Cycling Pack for the new Discovery.

Land Rover caters to a wide variety of lifestyles and sporting interests with a large catalogue of accessories, officially known as Gear. And one of the best things about Land Rover Gear is that these items are factory approved and because of that, are covered under standard vehicle warranty periods.

The new Cycling Pack includes a choice of either a Roof Mounted Bike Carrier for two bicycles (together with the required Roof Rails) or a Tow Bar Mounted Bike Carrier for two. The Package also adds a Rubber Mat set for the first and second seating rows, and a waterproof Loadspace Liner Tray to protect the cargo area floor from the mud and grime picked up during a long day out on trails.

The Pack also enhances the exterior of a Discovery with a set of front and Rear Mudflaps, and a choice of black or silver Wheel Centre Caps. A requisite of any sporting activity, a First Aid Kit is also included in the deal.

The cost of all these Gear items would add up to a maximum R28 791 if bought individually but bundled together the Cycling Pack is priced at R22 500. The Package is available to existing new Discovery owners, or can be built into the finance agreements of one bought from the showroom floor of any Land Rover retailer in South Africa.